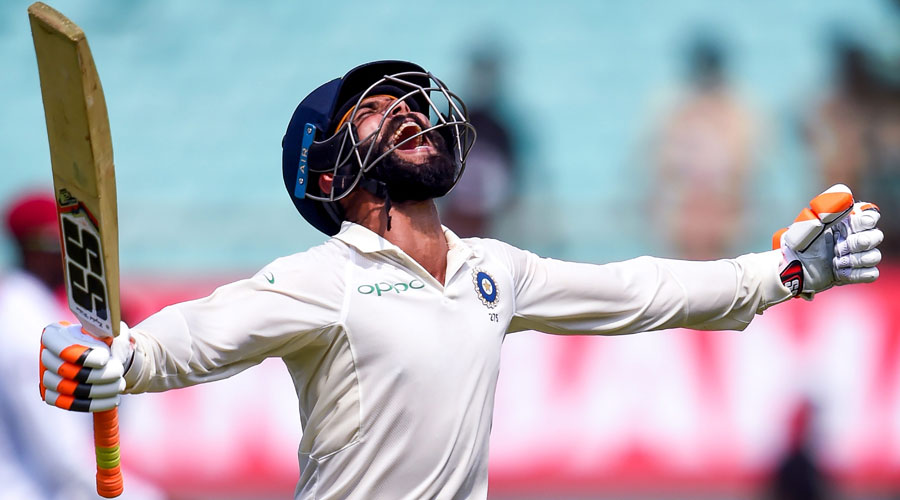 Sir — The decision of Wisden to name Ravindra Jadeja the ‘most valuable player’ of the 21st century in Test cricket has astonished many. This is perhaps because of the tradition, in most sports, of depriving those who play a supporting role in a game of their due recognition. This century has seen many able cricketers awe spectators with their record scores and flashy performances, and Jadeja is not even always picked for the Test team. But Wisden has appreciated his “high match involvement”. This could serve as an encouraging precedent.

Sir — The fact that Prasar Bharati has sent a letter to the Press Trust of India, suggesting that the journalism practised by the PTI is not in the “national interest”, is hardly surprising (“Caged voice”, July 1). The supposedly autonomous body is now said to be reviewing its future associations with the PTI. Prasar Bharati used to pay Rs 9.15 crore annually to the PTI for its services. But since 2017, the public broadcaster has allegedly been holding back about 25 per cent of the contribution.
In tune with the Narendra Modi-led government at the Centre, Prasar Bharati seems to be equating ‘national interest’ with the interests of the government. As if it were a mouthpiece of the Centre, the agency appears to be upset with the PTI not just because of its interview with the Chinese ambassador, Sun Weidong — the official apparently conceded for the first time that the onus of de-escalation of tensions between India and China should fall on the latter — but also for its publication of a tweet by the Indian ambassador to China, Vikram Misri, in which he asserted China’s obligation to move “back to its side of LAC”, incidentally admitting that Chinese troops had indeed transgressed the border, and thereby contradicting the prime minister’s claim. It is likely that these two ‘offences’ led Prasar Bharati to take steps against the PTI. In the garb of nationalism, Modi and his government seem to be coercing the media to carry only those articles which unfailingly eulogize the prime minister. The ruling dispensation has come down heavily on the fourth pillar of democracy in the past few years. According to a study by Reporters without Borders, India has ranked 142nd out of 180 countries. This is shameful. Attacks on free thinkers and the press must stop.

Sir — The press is of paramount importance in a democratic system. It serves the duty of presenting news objectively. As such, the PTI has made no mistake by quoting the Chinese and Indian ambassadors. It cuts to quick all right-thinking people that Prasar Bharati has called the PTI’s practice of journalism ‘detrimental’ to the national interest when it was actually upholding the principal tenet of journalism: that of keeping the people abreast of the real situation. The press must not be prevented from publishing news based on facts or brought under restrictions. This will throttle the voice of democracy.

Sir — The problem of locust infestation in India is getting out of hand. These insects are threatening farm produce in several states. If swift action is not taken, India could be looking at mass starvation in the near future. The ministry of agriculture has reportedly deployed drones and a helicopter in as many as nine states to spray insecticides. One can only hope that this reins in the insects efficiently.