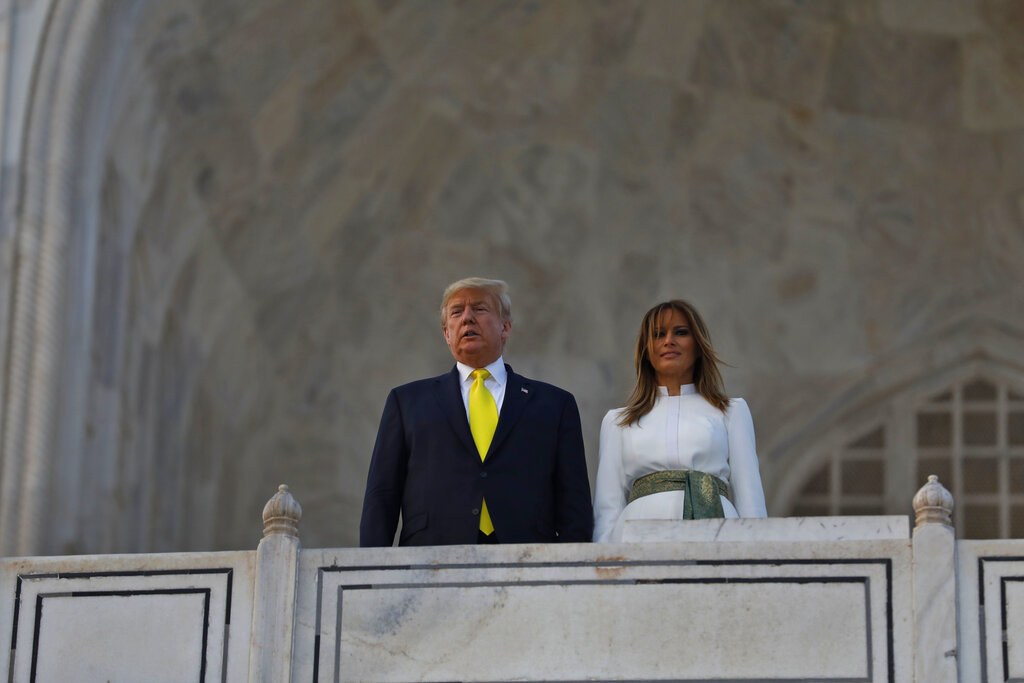 Sir — The Mughal emperor, Shah Jahan, and his wife, Mumtaz, must be turning in their graves given the royal treatment that their tombs are receiving after, rumour has it, 300 years. The monarchs owe the regal repairs to the president of the United States of America, Donald Trump, for whose visit the Taj Mahal was primed and polished. Even the Yamuna received massive amounts of fresh water, allegedly to reduce its stench. One only wishes that instead of treating foreign dignitaries as royalty, the government showed this alacrity and commitment towards preserving India’s heritage for the benefit of its own citizens.

Sir — Earlier this month, a Supreme Court bench ordered political parties to publish the details of criminal cases filed against their candidates in newspapers as well as on their social media handles, and to explain why they were chosen over candidates without criminal records (“Give reasons for candidate with case: SC”, Feb 14). The court also directed the parties to file compliance reports with the Election Commission of India within 72 hours of the selection of the candidate. The EC had categorically asked for a provision to bar political parties from giving electoral tickets to individuals with criminal antecedents. But, sadly, over 40 per cent of the present members of parliament in India have criminal records.

It is interesting that in 2018 the apex court had directed political parties to disclose the criminal antecedents of their candidates and publish them. Earlier, in 2013, it removed a loophole in the Representation of the People Act, thereby paving the way for the instant disqualification of convicted parliamentarians and legislators. Yet, recent reports show an alarming increase in the number of MPs with declared cases of serious crimes. It is clear that both the EC and the apex court are acting in public interest. People deserve to know exactly who they are voting for, and such transparency would ensure that the electorate is not tricked into voting for dubious candidates if they have better options. Informed voters are the architects of good governance, and this is healthy for democracy. The fact that anyone can contest the elections is what makes the idea of democracy special. But, in India, this provision has been abused for years. It is therefore necessary to place some regulations over candidature.

Significantly, in its 2018 judgment, the top court had also urged Parliament to enact a law to cleanse parties of candidates facing trial for serious offences. It would have been prudent on Parliament’s part to pay heed to this suggestion.

Sir — In a landmark verdict, the Supreme Court directed all the political parties of the country to publish the criminal records of their candidates and, at the same time, provide reasons for giving a party ticket to those individuals. The publication should not be restricted to the party’s official website alone; newspapers and social media handles must also hold the information. This is welcome. The electorate had hitherto been mostly ignorant about these details as they were denied access to such information. As such, making a judicious decision when it came to voting was difficult. Now, with the apex court’s ruling, this impediment could be removed from the path of the voters. This will certainly go a long way in enabling the electorate to make the right choice and, in the future, curbing the criminalization of politics in the country.

Criminal cases against politicians often drag on for years, giving them leeway to contest elections and even get elected. In order to make the top court’s direction effective, the lower courts should also speed up the trials of political leaders and declare whether or not they are guilty. To this end, fast-track courts should be set up for such cases. Politics in India has been ruining democratic processes in the country for far too long. This must end at once.

Sir — The criminalization of politics has become an anathema to Indian democracy. It may be a bit too much to expect Parliament to bring a statute to debar tainted politicians from contesting elections, as nearly half of the newly-elected Lok Sabha members have criminal charges against them. It is significant that the Supreme Court ruling has prioritized morals over the myth of winnability. All political parties attempt to thwart any attempt to cleanse the Indian political arena. The EC should be granted the power to disqualify candidates and deregister political parties in case they conceal vital information about candidates with criminal offences. Urgent reform of the electoral and justice delivery systems are the need of the hour.

Sir — The new facilities to be provided by the recently launched East-West Metro line — washrooms at very station and wider doors for easy boarding, for instance — should be extended to the North-South route as well. It would preferable if all stations have escalators that run from the entry gate to the platform level, in order to alleviate the discomfort of senior citizens and children. The authorities should also consider making provisions for online booking of tickets. Such arrangements could enable the Metro Railways to be the pioneer of world-class underground transport services.