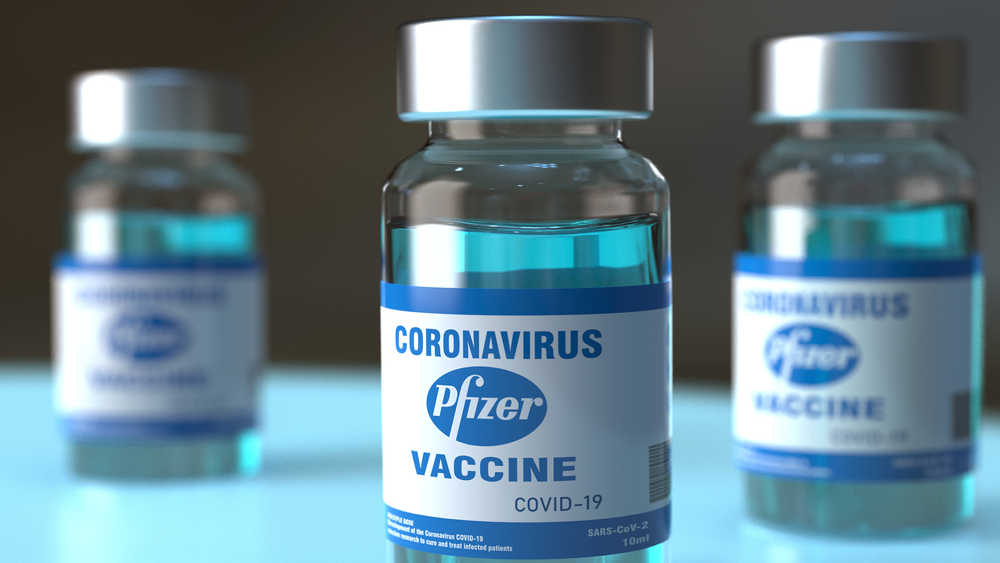 It is good news that Britain has become the first country in the West to have endorsed a Covid-19 vaccine, developed by Pfizer-BioNTech.
Shutterstock
The Telegraph   |   Published 05.12.20, 12:00 AM

Sir — At a time when the whole world is traumatized by the pandemic — social isolation, continued lockdown and death of nearly 1.5 million people are just some of the things that are on people’s minds — humanity has perhaps got the best piece of news in almost a year: the United Kingdom has become the first country to approve a fully-tested Covid-19 vaccine (“In a world first, UK approves Pfizer vaccine”, Dec 3). The vaccine developed jointly by pharmaceutical company, Pfizer, based in the United States of America and the German firm, BioNTech, took only 10 months to go from concept to reality, although the time taken to develop something like it usually spans 10 years — even vaccines for measles and polio took a very long time. But the threat that Covid-19 posed to mankind must have spurred researchers on — they were engaged in a frantic race against time, routinely working round the clock and weekends. The continued loss of lives and livelihoods must also have pushed them harder. The speed of research also highlights the fact that governments and other stakeholders have indeed accorded the highest priority to fighting the coronavirus.

Significantly, unlike China and Russia which authorized the use of some vaccines without waiting for the results of phase-3 trials, the Pfizer-BioNTech project has reportedly not skipped any necessary step and its findings were opened to independent verification. Incidentally, while many countries booked millions of doses of the Pfizer-BioNTech vaccine, India continues to look at the Oxford-AstraZeneca shots along with some other indigenous candidates as its choice against the pandemic. The silver lining is that the phase-3 trial of India-made Covaxin has already been launched in the country with authorities getting encouraging responses.

Nonetheless, vaccine roll-outs will usher in a new set of challenges. Any unexpected medical problems during drug administration should be accepted as an unavoidable part of vaccine science. It would be important to identify the source of the adverse result objectively and address the problem. This should be done in order to safeguard the faith of citizens in clinical trials as well as to encourage them to continue participation in the process. On all these complex issues, governments, regulators and vaccine makers must recognize the significance of effective communication with the people. In India, all levels of authorities must work together professionally to ensure even distribution of the vaccine.

Sir — It is good news that Britain has become the first country in the West to have endorsed a Covid-19 vaccine, developed by Pfizer-BioNTech. The vaccine has been reported to have shown 95 per cent efficacy in preventing Covid-19. India, however, must wait until one of its indigenous trials shows encouraging results or the Oxford-AstraZeneca group comes up with a proper vaccine.

Meanwhile, the news that the United Kingdom has approved the use of the Pfizer vaccine has caught the attention of many privileged Indians. There are reports that travel agents have already begun receiving enquiries about the conditions for travelling to the UK in the hope of getting shots of the Pfizer vaccine. While this is hilarious on the one hand, on the other, it bares the grim reality that only the affluent sections of society have the privilege of even making such plans. Healthcare should be equally accessible to all. The Indian government should keep this mind whenever a vaccine is available here.

Sir — The decision of the Maharashtra government to rename residential areas in the state that have caste-based names must be welcomed. This move could go a long way in uprooting entrenched prejudices against communities that do not belong to the so-called upper classes.

All governments seem to have a penchant for the ‘name game’ — renaming places without any other aim in mind but garnering the votes of the majority community. Maharashtra’s idea — it could help promote social harmony — should serve as a model for other states too.