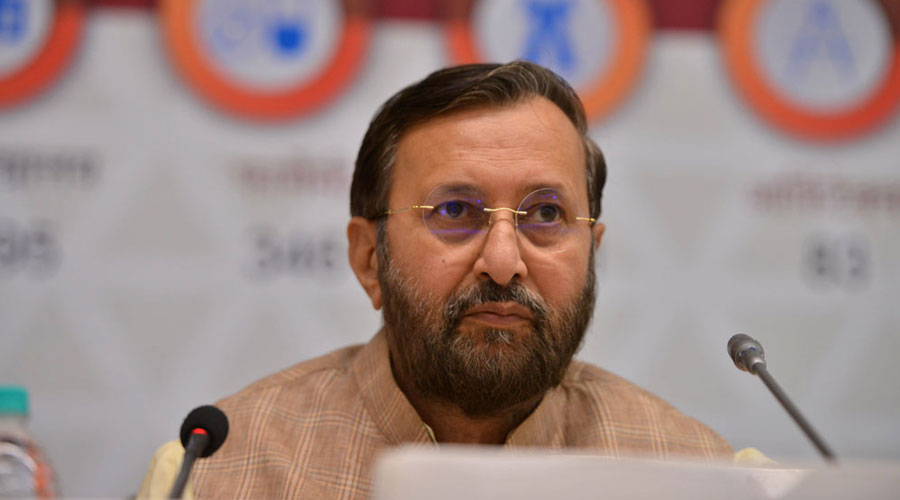 Sir — It was both infuriating and amusing to read that the Union environment minister, Prakash Javadekar, has claimed that India will be fully vaccinated against Covid-19 by December. In the months since the vaccination drive was launched, a mere 14.5 per cent of the population have received their jabs. The Union government has made a mess of handling the Covid-19 crisis, including the manufacturing and administering of vaccines; on what grounds is its minister claiming that everyone will be vaccinated by the end of the year? In order for that to happen, vaccine production has to be increased manifold.

Sir — It was interesting to read the report, “Kotak advises RBI to print more money” (May 28). In a recent interview, the president of the Confederation of Indian Industry and the managing director of the Kotak Mahindra Bank, Uday Kotak, urged the Narendra Modi government to provide another round of fiscal support aimed at protecting livelihoods, especially those of the weaker sections of Indian society. He argued that in the light of the widespread devastation caused by the second wave of Covid-19, now is not the time for either the government or companies to look at their financial balance sheets.

There are several reasons why Kotak’s call for another round of fiscal relief packages, including the printing of money, is both timely and justified. On February 1, when the Union finance minister, Nirmala Sitharaman, presented the Union budget for the current financial year, it was assumed that the Indian economy had already seen the worst of Covid-19. It was considered a foregone conclusion that India’s gross domestic product would overcome all the loss it suffered in 2020-21 — when it contracted by around 8 per cent — and grow by over 12 per cent this financial year. However, both these assumptions proved to be off the mark. Owing to the vicious second wave of Covid-19, economists have been rapidly dialling down on India’s GDP growth forecasts. It is even possible that at the end of the current financial year in March 2022, India may not be able to get back to the absolute GDP levels it had in March 2020.

Underwhelming GDP growth is a reflection of much greater distress in the economy. For one, while the second wave resulted in job losses and reduced wages across almost all income classes, it effectively made matters far worse for the poor. As a result, people are expected to severely cut down on their expenditure, especially on anything they consider non-essential. This, in turn, would delay, if not completely derail, the cornerstone of the government’s Covid-19 recovery strategy — getting fresh investments from corporate India.

The key question facing the economy is, how will the demand deficit be addressed? As things stand, businesses will continue to hold back on investments because there is not enough consumer demand, and consumers will not demand more because they do not have enough income to spend.

This is a vicious cycle, and it could get worse if the pace of the vaccination programme does not pick up or if there is a deadly third wave in the offing. Only one economic entity can break this cycle: the government. By providing additional direct monetary help to the poor and extending its existing schemes for collateral-free loans to small businesses, as Kotak has suggested, the government can arrest and reverse the slide.

Sir — It was heartening to learn that the Kerala government has announced an initial lump sum of Rs 3 lakh for each child that has been left orphaned by the Covid-19 pandemic, and also a monthly payment of Rs 2,000 for each of them till they reach the age of 18. That is not all: the state has also said it will bear the cost of the education of these children up to the degree level (“Kerala orphan aid”, May 28). The Pinarayi Vijayan-led government must be thanked for this initiative. It will go some way in helping children whose lives have been torn apart by this deadly disease