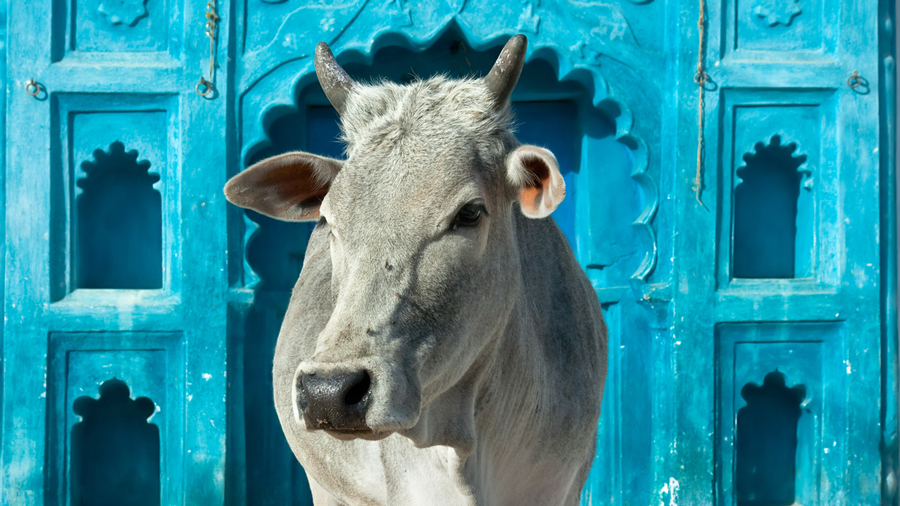 The proposed formation of the ‘cow cabinet’ in MP is just another way for the government to divert public attention away from its own failures.
Shutterstock
The Telegraph   |   Published 21.11.20, 02:54 AM

Sir — Sometimes one wonders whether the news one is reading is nothing more than a prank in poor taste; but then, if it involves the actions and decisions of the Bharatiya Janata Party, then it is far more likely to be a real event. This is especially true where cows are involved. As such, the announcement by the Madhya Pradesh chief minister, Shivraj Singh Chouhan, that his government has decided to set up a “gau cabinet” for the protection of cows, ought not to be surprising (“MP to set up a ‘cow cabinet’”, Nov 19).

This must, however, serve as cause for great alarm among reasonable, forward-thinking citizens. The formation of a ‘cow cabinet’ will involve the needless diversion of funds that should otherwise have been used for the uplift of the people. How is the government planning to justify the money that will be used for the ‘protection’ of cows? Where will funds for education, housing and healthcare — especially in the middle of a raging pandemic — come from?

More important, will the cabinet actually work for the welfare and protection of cows? Is it going to scrutinize the cruel practices of the dairy industry, where cows are impregnated and forced to give birth year after year and regularly injected with harmful hormones for milk production, only to have their calves taken away from them? Or will its job be to look the other way when cow vigilantes go about lynching members of minority communities on the suspicion that they consumed beef?

Sir — I am amazed at the state of affairs in the country at present. It seems that the BJP government — at the Centre as well as in the states  — is more worried about cows than it is about people. The bizarre consequences of fallacious beliefs and superstitions are there for all to see: instead of a state cabinet focusing on the needs of citizens, a cabinet for the welfare of cows is being formed in Madhya Pradesh. The level of the political discourse in India has truly hit rock bottom if these are the concerns that politicians and leaders are focusing on. We are only pushing India back into the Middle Ages.

How will the people themselves react to such a move? Moreover, I have not seen any Opposition party comment on the matter yet, perhaps because they think that opposing such a decision may alienate a crucial chunk of their vote bank. But it is in our interest to raise our voices against such travesties of justice. Otherwise the welfare of the people will truly become secondary to that of cows in our country.

Sir — The proposed formation of the ‘cow cabinet’ in MP is just another way for the government to divert public attention away from its own failures. The saffron party has no real intention of taking care of cows.

Sir — Is the Bharatiya Janata Party out to destroy every last vestige of India’s democracy? It was appalling to read that the Madhya Pradesh home minister is planning to introduce a ‘love jihad’ bill in the state assembly. It will include five years of rigorous imprisonment for ‘violators’, if passed. The BJP governments in Haryana and Uttar Pradesh are also said to be mulling similar provisions. It is the BJP that is in violation of the Constitution. How can elected representatives be allowed to disrespect individual freedoms in such a blatant manner? Indians have the freedom to marry whoever they wish. No government should be allowed to take that right away from the people.

Sir — Delhi is in the middle of a serious public health crisis. The recent period of festivities has enhanced mass interactions, and there has been reckless behaviour on the part of citizens, either on account of complacency or because of the fatigue brought about by isolation. The Centre and the Delhi government have worked well in dealing with the pandemic in the past. They have to ensure greater testing and infrastructure, but it is also the responsibility of citizens to reform their behaviour.