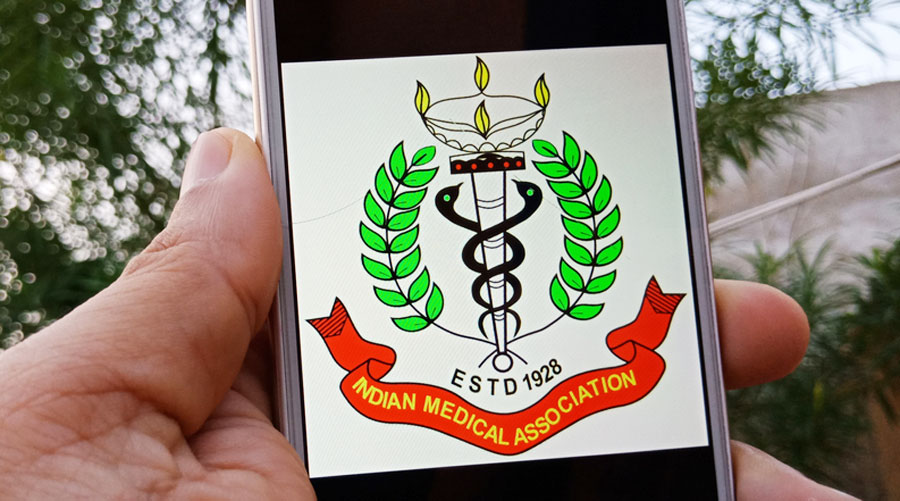 The demand of India’s largest body of doctors, the Indian Medical Association, to withdraw the notification allowing ayurveda practitioners to be trained in surgery — 39 general procedures and around 19 procedures involving the eye, ear, nose and throat — is justified.
Shutterstock
The Telegraph   |     |   Published 02.12.20, 12:19 AM

Sir — The demand of India’s largest body of doctors, the Indian Medical Association, to withdraw the notification allowing ayurveda practitioners to be trained in surgery — 39 general procedures and around 19 procedures involving the eye, ear, nose and throat — is justified (“Fatal mix”, Nov 30). While some forms of surgery have been part of ayurveda treatment for centuries, it does not explain the decision to mix up two very different systems of medical science. Allowing ayurveda practitioners to perform complex surgical procedures of modern medicine, even with some training, is problematic. More importantly, the patients must never be left in the dark about who is treating them — an allopath or an ayurveda practitioner. The patient has the right to choose what system of medicine he wants to be treated under. The IMA has therefore correctly raised questions about post-operative care and infection control mechanisms. The implementation of the notification could place thousands of gullible patients at risk.

Sir — The Centre’s decision to license ayurveda practitioners to perform surgeries is not right. Ayurveda may have its place as a traditional and alternative system of medicine in India but not in surgery. Surgery is a complex exercise, necessitating skill and years of extensive training, along with the knowledge of hygiene and infection control. If the step has been taken to address the shortage of trained personnel in the vast rural areas of the country, then the authorities should consider training nurses in surgical procedure. In the West, nurse practitioners, trained in principles of modern medicine, are allowed to participate in medical procedures, although in a restricted way. It is likely that nurses would be willing to spend more time with patients, and provide services like health education, counselling as well as care co-ordination. Incentives to work in rural areas could encourage them to work there. After all, nurses are the backbone of our healthcare system.

It is interesting to note that the political leaders who extol the virtues of ayurveda to the common man do not visit professionals in that field during a medical emergency. Instead, they fly abroad or rush to the nearest corporate hospital to have their ailment treated. The people of India deserve better than to be treated as per fields of medicine which are yet to be supported by scientific evidence.

Sir — The government seems intent on bringing down every sector responsible for public welfare. The new notification that would allow ayurveda practitioners to handle surgeries is a big blow to the healthcare system. The political agenda behind this step is clear: the ruling dispensation at the Centre wants to gain more votes by claiming to bring back ancient India’s medical techniques to the limelight. India should move forward in time, not backwards. This decision must be resisted at all costs.

Sir —  The Centre plans to introduce medical pluralism by 2030. This is also mentioned in the National Education Policy. The government’s nod to allow postgraduate practitioners of ayurveda to perform surgery may not be a wise decision. However, if the decision is not rolled back, the aspiring surgeons should be selected on the basis of a common entrance. No back-door entry should be permitted.

Sir — During the first one-day international match between India and Australia in Sydney, two men invaded the pitch, holding placards against the alleged decision of the State Bank of India to provide a loan to an Indian conglomerate for a controversial coal-mine project Down Under. This attracted the attention of thousands of viewers in the two countries — following the match possibly for its entertainment value — raising awareness on the issue. The match resumed soon after; but the brief protest reminded the world that it is not wise to ignore reality, no matter how grim it may be.

Sir — While the entire world is engaged in the search for a vaccine for Covid-19, one should not forget other deadly afflictions. This year World AIDS Day, which is observed on December 1, brought some positive news. The latest UNAIDS report revealed that the maximum decline in new infections in the Asia Pacific region over the last decade was achieved by India. This shows that even though the eradication of HIV/AIDS is a far cry, the test-and-treat strategy has been implemented effectively in the country. Similar models should be adopted for other medical issues, such as mental health and venereal diseases, that suffer from low awareness and poor treatment, especially outside major cities and towns.