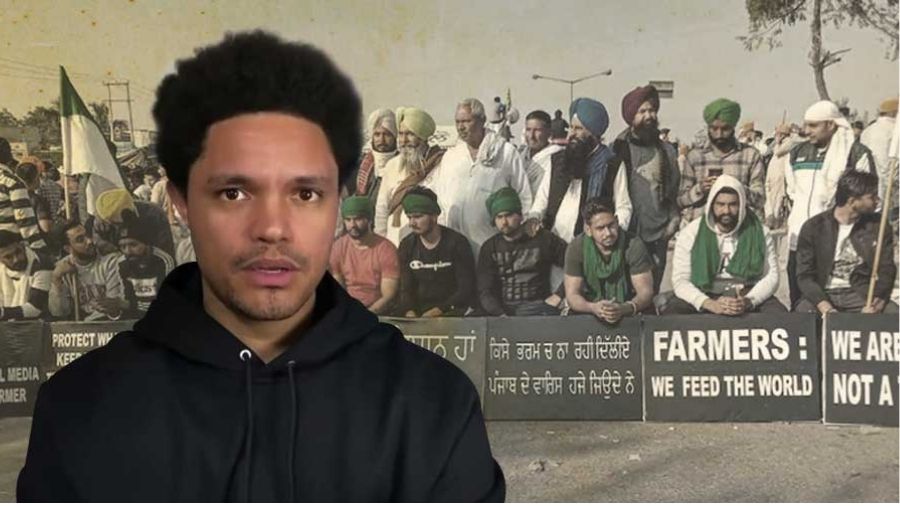 Sir — It is a relief that the popular television chat show host, Trevor Noah, dedicated a lengthy segment on his show to the farmers’ protests in India. Noah’s show garners high viewership around the world; it is one of the best ways to increase global awareness about the atrocities inflicted by the Indian government on the protesting farmers and all dissenters. The Narendra Modi-led dispensation at the Centre cares greatly about its image, which is why it fears international scrutiny. Public figures around the world must keep amplifying the farmers’ voices.

Sir — Given that the West Bengal assembly elections are around the corner, this is indeed the best time for Calcuttans who care about the environment to demand that the government make arrangements for the creation of dedicated cycle bays so that people can use bicycles to safely travel long distances, thereby lowering carbon emission (“Cyclists set up pre-poll test”, Feb 12). Calcutta is a busy city; millions of people travel within it, as well as visit it from other places. As such, thousands of vehicles are plying on different roads throughout the city every day, causing the pollution levels to reach dangerous proportions.

The advent of the novel coronavirus made the use of public transport risky, as vehicles such as buses and trains tend to get crowded. As a result, Calcuttans were compelled to ride bicycles in order to commute instead of using motor vehicles. This is a healthy habit to inculcate; not only does cycling make for excellent physical exercise, but it also contributes towards lowering air pollution levels. The demands of the people of the city for cycle bays are justified; they should be heeded by the government for the good of everyone.

Sir — Calcuttans are doing the right thing by demanding that all political parties make the environment a priority in their election manifestos. Successive state governments in Bengal have done little by way of protecting the city’s green cover; the Bharatiya Janata Party, which hopes to win the polls, will do even less, given its damning record on environmental protection at the national level. The people of the city must keep mounting pressure on every political party to make concrete promises about what it intends to do with regard to waste management, segregation and preserving urban green cover; if the next government does not make good on its promises, it must be held accountable. As for now, though, the state dispensation must respond to the calls for creating cycle bays in the city, as that would not only enable more cyclists to come out onto the roads without having to fear accidents, but would also go a long way in bringing down air pollution levels.

Sir — Like many other states in India — Odisha, Kerala and Maharashtra are a few examples — West Bengal also decided to reopen schools for Classes IX to XII, with classes having resumed yesterday. This is a foolhardy move, as it involves risking the health of teachers and pupils during a pandemic. Merely taking ‘precautions’ will not be enough to fend off a contagion. While other parts of the world continue to strictly restrict student and faculty presence on campus, India has not shown the same wisdom; various state governments have taken the dubious decision to expose students and their teachers to Covid-19 citing reasons such as a learning gap or the impact of a wasted academic year.

The inoculation drive among front-line health workers is moving at a snail’s pace as it is; moreover, it seems that educators and officials related to the academic sphere are not a priority in the vaccination drive, although they are now set to be exposed to crowded situations on school campuses. This decision might bring about a deluge of infections in the coming days as people congregate on campus.