Advani's words are unlikely to have any effect on the BJP 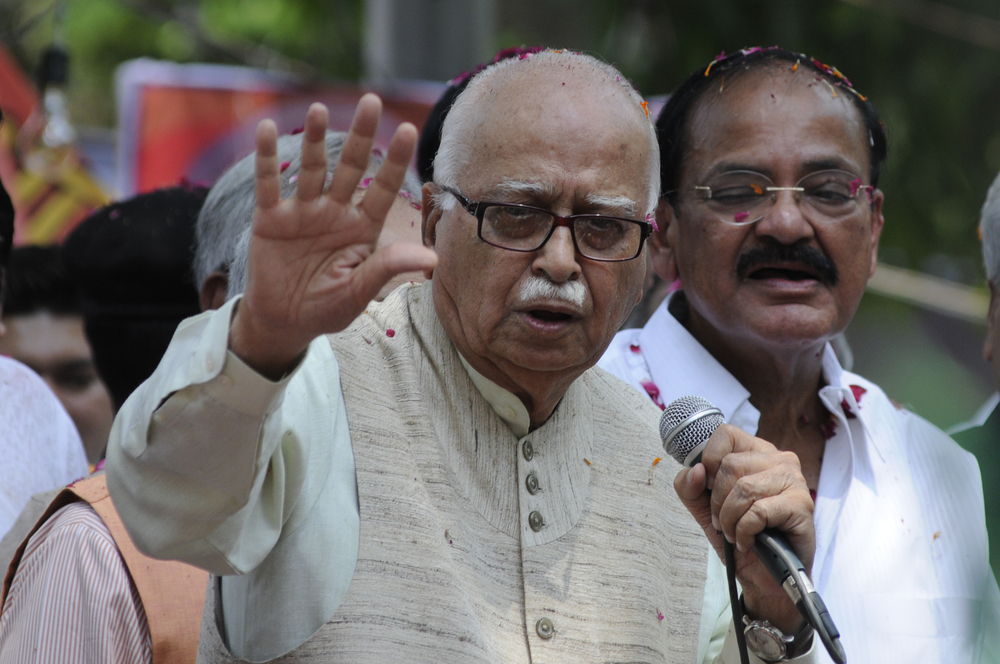 L. K. Advani’s blog seems to reprimand the Narendra Modi-Amit Shah duo for being disrespectful not only towards the founders of the BJP, but also towards citizens at large
(Shutterstock)
The Telegraph   |   Published 10.04.19, 10:47 AM

Sir — The fact that one of the founders of the Bharatiya Janata Party and its second party president, Lal Krishna Advani, has resumed speaking up through his blog comes as a relief to many (“Margdarshak missile”, April 5). But it took Advani almost five years to vent his ‘mann ki baat’ — his last write-up was published in April 2014 and he has reportedly not spoken in the Lok Sabha since December 2014, in spite of having 92 per cent attendance during Narendra Modi’s term as prime minister. Modi’s step to relegate Advani to the margdarshak mandal — a team whose supposed aim is to enlighten the BJP’s path — along with Atal Bihari Vajpayee and Murli Manohar Joshi was nothing but a way to politely show him the door. It is widely known that after the Gujarat riots of 2002, Advani supported Modi to the extent of prevailing upon the then prime minister, Vajpayee, to have him retained as chief minister in Gujarat. Modi’s treatment of Advani is thus shocking to the public.

In his blog post, Advani has emphasized that the BJP never regarded its critics as ‘enemies’ or ‘anti-nationals’. He urged the party to “look back, look ahead and look within” and stressed upon the idea of “democracy and democratic traditions”. Advani’s blog seems to reprimand the Modi-Amit Shah duo. It shows that they have been disrespectful not only towards the founders of the party, but towards citizens at large. However, it is unlikely that Advani’s words will have much of an impact on the BJP’s electoral prospects — morality and nobility hardly help political parties at the hustings these days. Given that Modi came to power by putting himself first and capitalizing on religious fanaticism and ultranationalism, Advani’s advice will not be acceptable to him.

Sir — The notion that the critics of the BJP are enemies of the nation has been the mantra of the party ever since it began to face flak for its failure on various economic fronts. For one, Modi has repeatedly mounted personal attacks on the Congress president, Rahul Gandhi, underestimating his political acumen. Yet the Gandhi scion has always directed his own criticism towards policies rather than people. His hug for the prime minister in Lok Sabha was in the spirit of what L.K. Advani has now written about in his blog.

The BJP had painstakingly built up a narrative about corruption among its detractors, but that has since been undone by the Rafale row. After having come to power by raising issues of development, the BJP is now on a rabble-rousing spree in its bid to retain its position at the Centre. Instead, it is the Congress that has laid down a progressive and inclusive manifesto. The electorate must, therefore, approach the general elections with the correct mindset and not be misled by political gimmicks.

Sir — The present crop of BJP leaders is intolerant and insolent, promptly dubbing anyone who dares to question their statements or policies anti-national. Compared to them, L.K. Advani was indeed a much more sober figure.

But one must not forget that it was Advani’s rath yatra which ignited riots in its wake, leading eventually to the demolition of the Babri Masjid, and escalated communal polarization by playing on the mandir-masjid issue to posit the party as a formidable national force. It was irresponsible of Advani to indulge in the petty politics of religion rather than addressing the monumental problems facing the country at the time. This landed the country into even more chaos, the Gujarat riots being one such instance. Therefore, in spite of his recent statements, Advani’s contribution to the culture of divisionism prevalent in the country cannot be denied.

Sir — Through his blog post, titled “Nation First, Party Next, Self Last”, L.K. Advani has underlined important tenets of politics. His words are befitting of a former deputy prime minister. One hopes that instead of putting themselves first, leaders will someday follow a loftier path by becoming completely selfless.

Sir — The government intends to grow vertical gardens along the elevated New Garia-Airport Metro corridor. However, this could give rise to problems. The plants in the vertical garden will require regular manual watering from the Calcutta Municipal Corporation, which will be an additional burden on its resources. This water will ultimately reach the inner core of the concrete pillars and may gradually corrode the structural steel rods around which the pillars are built, threatening the latter’s stability. In the view of this, the authorities concerned should desist.