Killing Gandhi again: A menacing glimpse of what lies in store 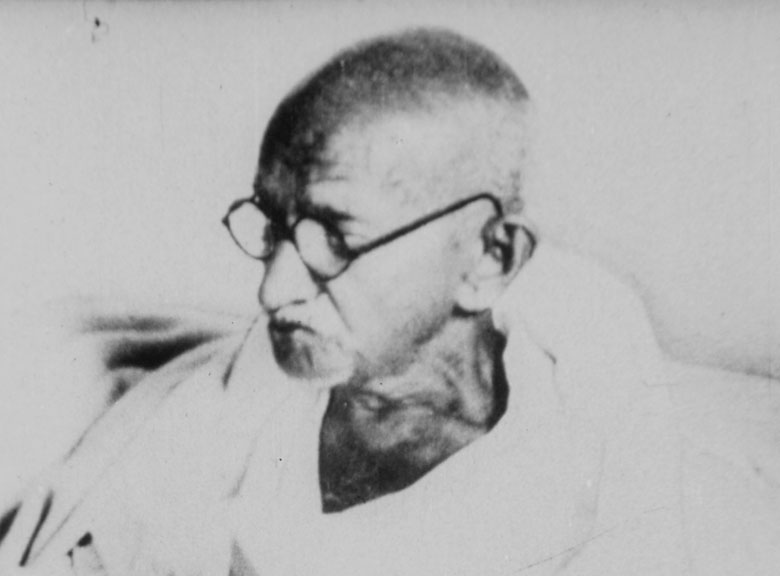 On January 30, when the country was observing Martyr’s Day to mark the 71st death anniversary of Mahatma Gandhi, the local unit of the All India Hindu Mahasabha chose to “recreate” his assassination and worship his assassin.
(Wikimedia Commons)
Manini Chatterjee   |   Published 04.02.19, 04:03 AM

A central feature of the ‘New India’ being constructed by the Narendra Modi regime over the last five years has been the slow eclipse of outrage over acts that are unspeakably vicious and vile.

The latest instance of this took place in the town of Aligarh in western Uttar Pradesh last week. On January 30, when the country was observing Martyr’s Day to mark the 71st death anniversary of Mahatma Gandhi, the local unit of the All India Hindu Mahasabha chose to “recreate” his assassination and worship his assassin.

The so-called national secretary of the Mahasabha, Pooja Shakun Pandey, and two others pumped three bullets from a toy pistol at the Mahatma’s effigy. With a small audience in attendance, they then chose to garland a portrait of Gandhi’s assassin, Nathuram Godse, and chanted “Gandhi murdabad, Mahatma Godse zindabad”.

The entire tableau was filmed by the participants and the video circulated widely. Pandey — who had posted pictures of herself on Facebook in the company of then Madhya Pradesh chief minister, Shivraj Singh Chouhan, and Union minister, Uma Bharati — is yet to be arrested.

After the video went viral, the Aligarh police filed an FIR against 13 persons, and arrested six of them. One of those arrested was Gajendra Kumar Verma, a 59-year-old advocate, who had also fired at Gandhi’s effigy. He has been granted interim bail on “health grounds”.

Verma, though, was in good enough condition to brag about his “revolutionary” action the next day. He told The Indian Express, “We planned the event over a week. To add effect, we decided to insert balloons filled with red-coloured water inside the effigy. We also called the local and national media to cover it.”

The FIR states that the group set fire to the effigy despite warnings from the local sub-inspector who was at the spot. What it does not state, but amply reveals, is the helplessness of the police in dealing with rabid Hindutva elements in Yogi Adiyanath’s Uttar Pradesh and Narendra Modi’s India.

The mock assassins of the Father of the Nation could carry out their act with such impunity because they had reasons to be confident that they would get away with it. The media glare on the episode which lasted for barely a day might have ensured a few arrests, but the chances of conviction and punishment are slim.

Self-styled Hindutva “nationalists” have got away with worse in New India. All 17 accused in the murder of Mohammad Akhlaque — who was beaten to death on September 28, 2015 in Uttar Pradesh’s Dadri town on charges of storing beef in his refrigerator — are out on bail. When one of the accused died in jail, his body was draped with the national flag and the Union minister for culture, Mahesh Sharma, was present at his funeral.

In the case of 15-year-old Junaid Khan, who was killed on a train for wearing a skull cap, murder charges have been dropped for four of the six accused, and all are out on bail.

The killers of Pehlu Khan — who was murdered by “cow vigilantes” in Alwar — also roam free. Charges have been dropped against the six named by Khan in his dying declaration. Of nine others arrested, eight are out on bail.

In Jharkhand, nine of the 11 convicted for the lynching of Alimuddin Ansari on June 29, 2017 have been granted bail. The Union minister, Jayant Sinha, famously garlanded eight of them.

So inured have we become to such acts of wanton violence that the “symbolic” murder of Mahatma Gandhi more than seven decades after his actual assassination has sparked little concern. Not surprisingly, the leaders of the Bharatiya Janata Party have chosen to remain silent. But even those outside the sangh parivar have preferred to ignore the Aligarh episode as something of little consequence.

Their silence and lack of outrage stem from two reasons. First, many people including well-meaning liberals feel that regardless of their own feelings for Gandhi, attacks on him or other national icons are a testament to India’s democracy and principles of free speech.

The second reason is that many regard the Hindu Mahasabha activists who carried out the act as the “loony fringe”, not to be taken seriously or given undue importance.

Both arguments have their merit in normal times. But in the times we live in, in the New India full of menace and foreboding, both are thoroughly misplaced.

Mahatma Gandhi had no dearth of critics even during his lifetime. If the early communists saw him as a British stooge, Ambedkarites continue to critique his views on the caste system. To criticize and question Gandhi, or indeed any leader or ideology, is very much part of the Indian democratic tradition of debate and dissent.

But what happened in Aligarh was not an instance of free speech. It was an act of brazen vandalism, a call to violence, an act of ideological intolerance. Pooja Shakun Pandey and her cohorts did something much worse than Kanhaiya Kumar is alleged to have done — he was not even present at the meeting in Jawaharlal Nehru University where slogans in praise of Afzal Guru were reportedly raised.

And she certainly expressed more hate than anything attributed to Shoma Sen or Sudha Bharadwaj — a university professor and a lawyer, respectively, who have dedicated their lives to fighting for the rights of the poor and the wretched of our land. Yet, in New India, Kanhaiya Kumar and his fellow students are charged with “sedition” and Sen and Bharadwaj are bundled into jail on the charge of being “Maoists”. Pooja Pandey, meanwhile, is so confident of getting away with her crime that she promises to recreate the assassination of Mahatma Gandhi every year to make it an annual event “just like the burning of Ravan on Dussehra”.

To dismiss her as the loony fringe is a grave error. The Hindu Mahasabha is and has always been an intimate fellow traveller of the Rashtriya Swayamsevak Sangh, part of the same ideological brotherhood that harbours a bitter hatred towards minorities, liberals and progressive thought of all kind and seeks to convert India into a Hindu rashtra.

The Hindu Mahasabha leader, V.D. Savarkar, who wrote the treatise, Hindutva, remains the foremost ideologue of the sangh parivar even though he was not formally a member of the RSS. Shyama Prasad Mookerjee, another prominent Hindu Mahasabha leader, founded the Jana Sangh — the earlier avatar of the Bharatiya Janata Party. He formed the Jana Sangh to counter the secular ideology of the Congress with the help of RSS cadres that were “loaned” to the fledgling political party by the then RSS chief, M.S. Golwalkar.

What is less well known is that Mahatma Gandhi’s assassin, Nathuram Godse, too, is a key member of Hindutva’s pantheon of heroes and ideologues. Godse had spent years in both the RSS and the Hindu Mahasabha. After the ban on the RSS following Gandhi’s assassination, the organization strove to distance itself from Godse.

But one only has to read Godse’s lengthy statement to the special court during his trial in 1948 (which was later published by admirers as a book titled Why I Assassinated Gandhi) to realize that his views on Hindu rashtra find a chilling echo in the utterances of BJP leaders today. Godse’s statement, made over several days, “x-rays” Gandhi’s politics and holds him responsible for the “appeasement” of Muslims that led to the Partition of India.

The statement makes it clear that Godse was no “madman” or “psychopath” and bore no personal enmity to Gandhi. His fanaticism rose from his allegiance to the concept of Hindu rashtra, the identification of India as a holy land of the Hindus alone, and rage at the sundering of this land. He held the Congress under Gandhi responsible for the horrors of Partition. Gandhi’s ahimsa and call for peace and brotherhood were abhorrent to him, the very antithesis of militant Hindutva.

Although decades have passed since then and India has progressed into a strong and vibrant nation, the RSS and Hindu Mahasabha remain determined to keep old wounds alive to fuel their goal of attaining a Hindu rashtra. New India is a pit stop in that direction. Modi’s outpouring of venom against the Nehru-Gandhis and his call for a “Congress-mukt Bharat” share the same roots as Godse’s diatribe against Mahatma Gandhi after killing him.

The process of replacing the builders of modern India with Hindutva icons has already begun. Deendayal Upadhyaya is given more prominence than Jawaharlal Nehru; Nanaji Deshmukh becomes the first RSS ideologue to be awarded the Bharat Ratna. Golwalkar and Hedgewar wait in the wings. And if the Modi regime gets a longer lease in power, the day is not far off when Nathuram Godse will be declared a national hero. Aligarh has just offered us a glimpse of what lies in store...