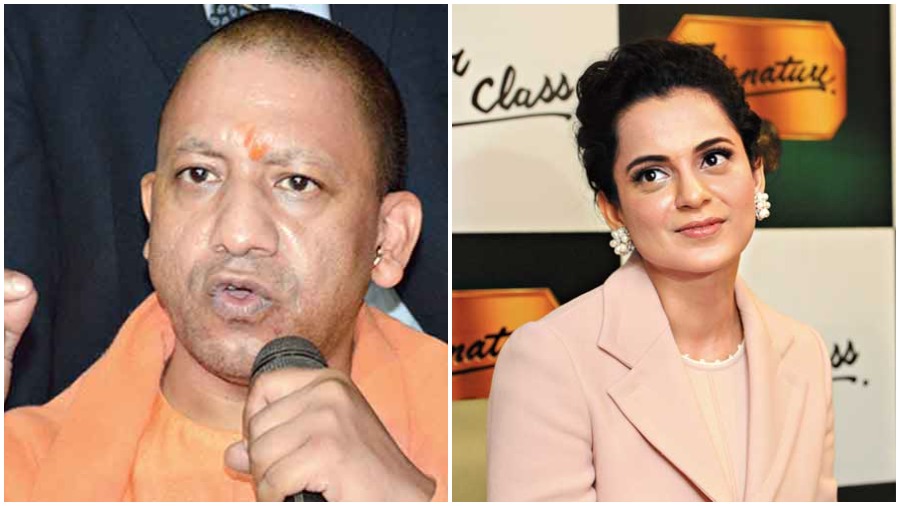 Days before the Lakhimpur Kheri violence, the “best performing chief minister of India” Adityanath appointed “best actress” Kangana Ranaut as ambassador for a recently launched Uttar Pradesh government programme. The Centre’s National Mission for Clean Ganga (NMCG) showed more imagination; it chose comic character Chacha Chaudhary. The NMCG, which has tied up with Diamond Toons, has announced something about related content being designed with the objective of bringing about behavioural change amongst children towards the Ganges and other rivers. Chacha Chaudhary, however, is not only old himself, he was also created in 1971, and is therefore a whole different context and world away.

For its “Desh ke Mentor” initiative, wherein experienced professionals will mentor children enrolled in Delhi government schools, the Kejriwal government has chosen actor Sonu Sood as its mascot. In more peaceful days, not too long ago, the captain of Punjab had chosen Sood as the brand ambassador for his government’s Covid-19 vaccination drive. Punjab, of course, will have many ambassadors till 2022. Rajasthan, in the meantime, has chosen Avani Lekhara, who won a gold at the Tokyo Paralympics this year, as the face of Beti Bachao Beti Padhao. Shah Rukh Khan is Bengal’s ambassador; a point the BJP never fails to rub in.

Recently, the BJP’s Dilip Ghosh said, “The BJP is called outsiders, but if you (Banerjee) wanted a superstar as brand ambassador for West Bengal then you could have chosen Dev… you could have chosen Soumitra Chatterjee, but you selected Shah Rukh Khan. Don’t we understand why?” And yet, Ghosh’s party colleagues had no problem taking on Jamshedpur-born Priyanka Chopra as the brand ambassador of Assam. It was only after her inaction during the Assam floods was questioned --- the actress was tweeting instead --- that Himanta Biswa Sarma clarified that her ambassadorship had ended. Amitabh Bachchan, who used to be UP’s brand ambassador, actually offered to be the brand ambassador of Gujarat. Insider or Outsider, Ghoshbabu? In 2016, Bachchan replaced Aamir Khan. At the time, the switch was attributed to Khan’s comments about “rising intolerance in India”. Actor Govinda is the brand ambassador of Madhya Pradesh, but Anshika Gupta, a Class X student, was appointed brand ambassador for Beti Bachao Beti Padhao Yojana by the state government. Some years ago, word got around that the Kerala government had appointed German tennis legend Steffi Graf as the ambassador of its ayurveda heritage. And yet Graf had never visited the state and no one had checked if she was willing to lend her name either. But people concerned explained that the influx of German tourists to the state had increased and Graf being so fit and all had seemed like an able ally.