Abide With Me was dropped from this year’s Beating Retreat ceremony. But if the reason is non-Indianness, then the ceremony itself is something borrowed 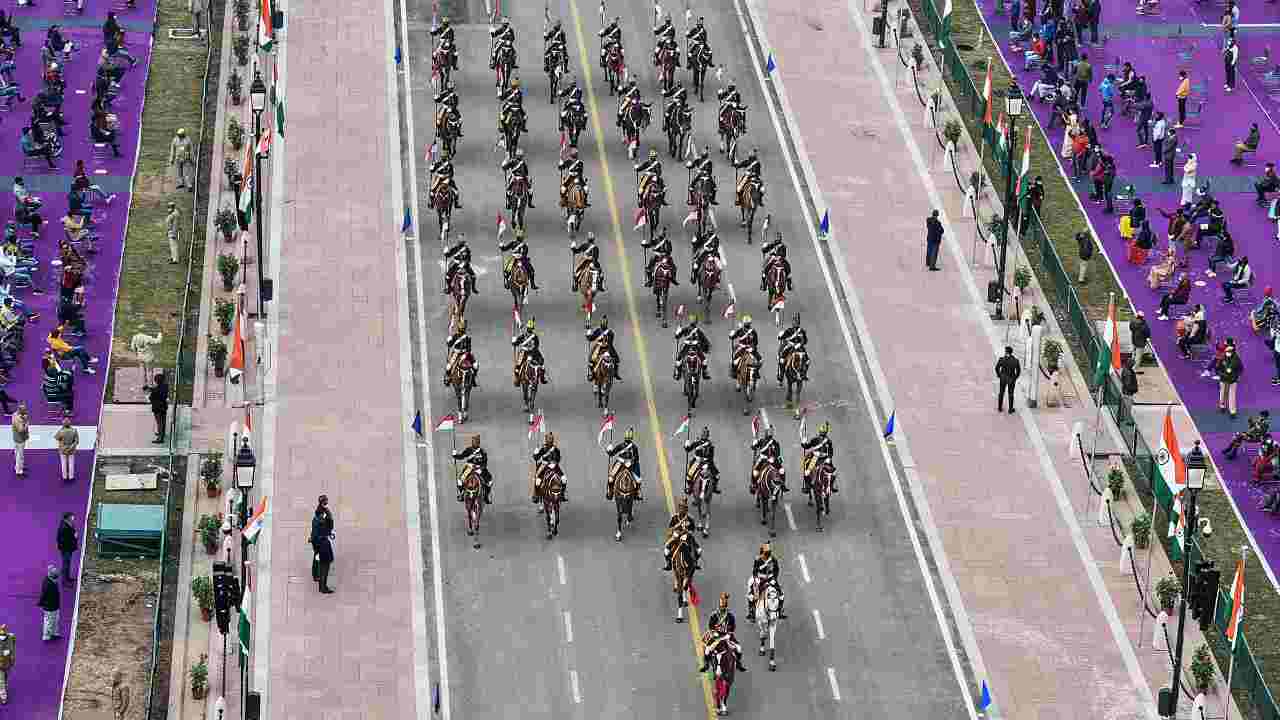 If you are going to put Indianness through the saffron sieve, Beating Retreat is not part of Indian military tradition, no more than Abide With Me is an Indian tune.
PTI
Upala Sen   |   Published 30.01.22, 12:07 AM

While announcing that the “martial musical tunes with Indian fervour” will be the flavour of this year’s Beating Retreat ceremony, the Centre dropped the “non-Indian” Abide With Me from the musical bouquet. Eco-friendly invitation cards containing seeds of the medicinal ashwagandha, aloe vera and amla to make the ceremony “revenant to Covid-19 times” and a drone show were this year’s attractions. The press note from the ministry of defence concludes with two paragraphs on Beating Retreat being a “centuries old military tradition”. But here’s the thing, if you are going to put Indianness through the saffron sieve, Beating Retreat is not part of Indian military tradition, no more than Abide With Me is an Indian tune.

This old military custom was most likely instituted by James II, monarch of England and Ireland, and of Scotland (as James VII) too, in the late 17th century. Indologist Gerald James Larson, who attended a Beating  Retreat ceremony in newly independent India, wrote about an old culture “celebrating its identity by cloaking itself with symbols of imperial power, pageantry and ritual reenactment borrowed from the ‘eventide’ of” the British Raj. In India’s Agony Over Religion, he writes, “Here was the modern, secular nation-state of India with its largely Hindu and Muslim population and with its continuing agony over religion on almost all sides… remembering its emergence into freedom with the music of an old Christian hymn (Abide With Me).”

Henry Lyte, who wrote Abide With Me, was born in Scotland in 1793, the son of a British Army officer. All his life the Anglican minister had poor health. In 1847, months before his death, he wrote this poem at Brixham in Devon. William Monk, an English organist and church musician, set it to tune in 1861. If you dwell on the words of Lyte’s poem, beyond particularities of culture and faith you will hear a universal, time-defying cry of man faced with death and darkness. Given the pandemic and its worldwide shadow, the words are bound to strike a chord --- “Shine through the gloom and point me to the skies…/In life, in death, O Lord, abide with me.”

For now, Beating Retreat, will close with Sare jahan se achchha, an Urdu composition by a poet whose name is Muhammad Iqbal.