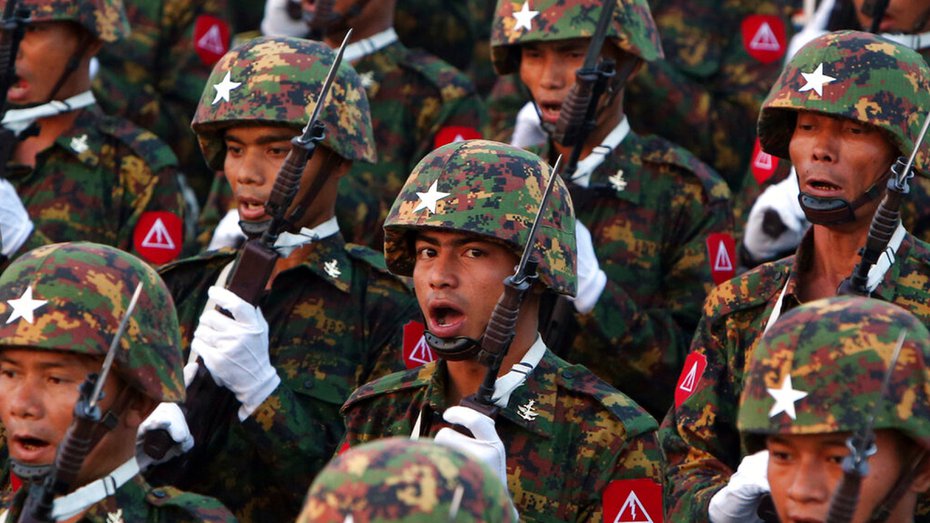 In a bid to ensure the early operationalization of the ambitious Kaladan multimodal transport project, India may be getting sucked into Myanmar’s Rakhine conflict. This raises the spectre of the Sri Lankan conflict that had sucked India in during the late 1980s.

The Tatmadaw seems to be all at sea while trying to tackle the insurgency in the Rakhine province. Myanmar’s soldiers are being kidnapped or killed by the Arakan Army insurgents, whose new mobile form of warfare has caught the Tatmadaw off guard. Rakhine is strategically important because China and India have initiated major connectivity projects there. The Chinese have finished the Kyaukphyu deep sea port and are going ahead with a special economic zone around it with rail-road and oil-gas pipelines linking it to Yunnan. India has renovated the Sittwe port and is seeking to use it to connect to Mizoram through the Kaladan river.

That the Arakan Army is no throwaway weighs heavy on Indian military planners: they want to back the Tatmadaw so that it can regain control over the rebels in Rakhine. The Kaladan project can then be completed. But India wouldn’t want to get too deeply involved. It can then avoid retaliation by the rebels. Military officials and strategic analysts have advised caution, saying India should avoid getting involved in the Rakhine imbroglio.

After years of delay, India finally began the construction of the 109-kilometre road project connecting the Paletwa river terminal to Zorinpui on the Mizoram border. But work on this phase of the project has been tortuously slow, one reason being the Arakan Army’s constant disruptions. Workers involved in the road and bridge construction have been kidnapped. The Indian army conducted ‘Operation Sunrise’ to demolish the Arakan Army's bases in southern Mizoram.

On completion, the project will help connect Mizoram to the Sittwe port in Rakhine. The project was undertaken as a sea-land access to the Northeast at a time when Bangladesh, under the then prime minister, Khaleda Zia, was not playing ball. But with the Sheikh Hasina Wajed government agreeing to multimodal transit to the Northeast through Bangladesh’s territory, the Kaladan project may have lost its significance except for landlocked Mizoram. India has already completed the rest of the Kaladan project work in Myanmar. This includes the construction of the Sittwe port, building a river terminal upstream at Paletwa, and the dredging of the Kaladan river. A Rs 6,000-crore project is under way for four-laning the 300-km highway from the Myanmar border to Aizawl to ensure the faster movement of goods. The completion of the Paletwa-Zorinpui road, therefore, holds the key to operationalizing the Kaladan project.

After Operation Sunrise, the Arakan Army has attacked Indian interests more regularly. In November last year, five Indian workers were kidnapped along with an MP of the National League for Democracy. The Mizoram chief minister, Zoramthanga, a former rebel leader with extensive contacts among rebel groups on the India-Myanmar border, played a key role in getting the workers and the MP released but one of the workers died in captivity. A similar incident of abduction had taken place in March 2019. The Arakan Army rebels also set ablaze a civilian vessel carrying 300 steel frames for the Paletwa bridge and the crew were abducted. That perhaps influenced India to undertake Operation Sunrise in close coordination with the Tatmadaw.

A spokesman for the Arakan Army recently told the media in Myanmar that “China recognises us but India doesn't”. Analysts have interpreted this as a way of expressing the Arakan Army’s frustration for India's refusal to pay up. China may have already done so to ensure there is no disruption of work in the Kyaukphyu deep sea port and the SEZ. Beijing maintains cordial relations with the federal government, the Tatmadaw and with rebel groups, especially those in the Northern Alliance. There is no evidence of Chinese assistance to the Arakan Army. But the fact that the Chinese project at Kyaukphyu has not been disturbed, unlike the Indian project in Kaladan, has raised suspicions.

The Arakan Army says it is not against transnational projects in Rakhine, provided the stakeholders ‘recognize’ the rebels and stop cooperating with the Tatmadaw. Zoramthanga, the Mizoram chief minister who is helping the prime minister to bring northeastern rebel groups to the table, is against any Indian military adventurism in Rakhine. He would rather use his influence with the Arakan Army to complete the Kaladan project — critical for Mizoram — without a fuss.

Stretched on account of counter-insurgency duties in Kashmir and the Northeast and having to stand guard over the long borders with China and Pakistan, the Indian army cannot afford to get involved in the Rakhine muddle. The question before India now is whether it can develop its Myanmar policy based entirely on its good relations with the ruling regime and the military, or will it consider reverting to the policy of ‘selective relationships’ with rebel groups like the Kachin Independence Army and the National Unity Party of Arakans to protect its interests. With someone like Zoramthanga around, India could actually consider a role in bringing the Arakan Army and the Burmese military to the table.