Advertisement
Home / Opinion / India's isolation from its neighbours is senseless

India's isolation from its neighbours is senseless

Unlike other big countries, India accounts for tiny shares of its neighbours’ trade 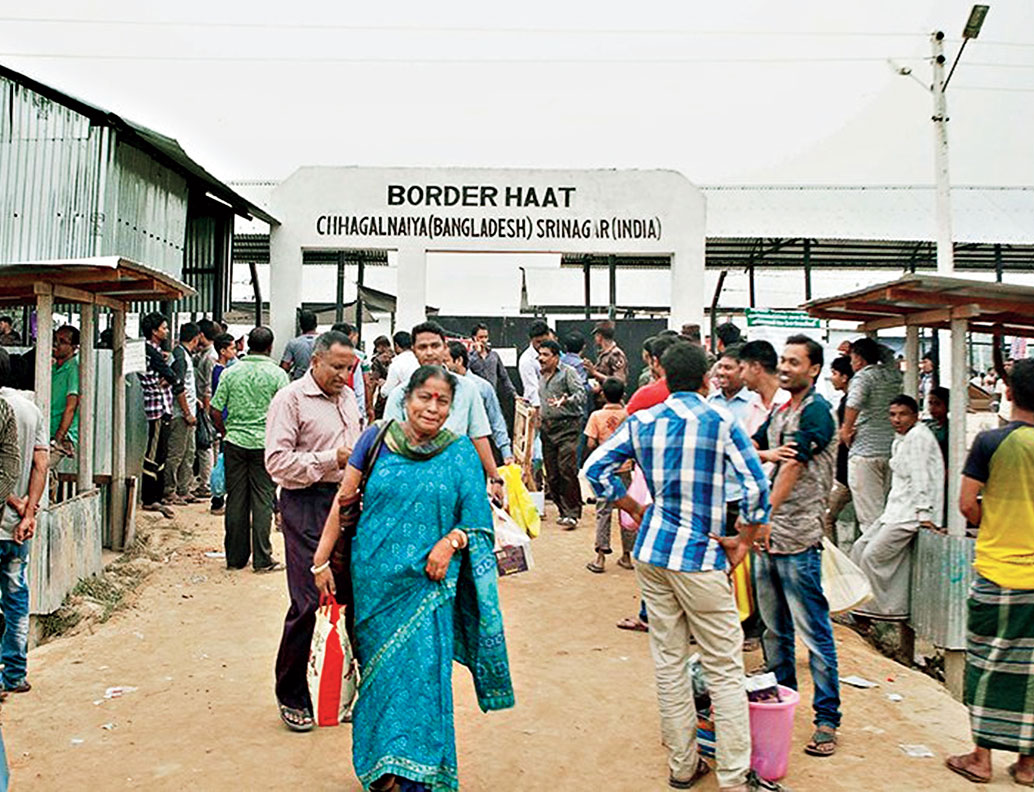 Our government invited heads of Southeast Asian states to the last Republic Day parade; none of them looked thrilled at the honour. India should look for more intelligent ways of relating to its neighbours, especially Bangladesh, Sri Lanka, Pakistan, Southeast and Southwest Asia. First, India should remove the red tape that the Securities and Exchange Board of India has created, create an efficient capital market like those of London and Singapore, and give neighbouring countries access to cheap Indian capital. Second, India should expand its private hospitals and make good medical services available internationally. Third, it must raise academic standards to those of its best institutions such as IITs and IIMs, and open them to young people from outside. And, finally, it must ask what would best serve the interests of each of its neighbours and do those things. Let me take the case of Bangladesh.

I think India should remove all restrictions on the movement of goods as well as people between India and Bangladesh. India is the world’s second most populous country, and third in terms of gross domestic product at purchasing power parity. It is number 11 in terms of nominal GDP because its prices are much lower than the world average. It used to be quite a closed economy, but after the 1991 reforms it opened up; today its rank in terms of exports and imports is not much behind its rank in terms of nominal GDP.

Bangladesh, being a smaller country, may be expected to be more open; but it is not. The ratios of its trade to nominal GDP are not much higher than those of India’s, and the ratio of FDI received is much lower. There is something about its location in South Asia that makes Bangladesh less open.

What is it? It is India. Bangladesh is far away from the big markets of the world — China and Japan in the east, and the European Union and the United States of America in the west. The only way it can reach a high trade-to-GDP ratio is by trading with its big neighbour. Consider other small countries in the same position. The US accounts for over three-quarters of the exports of Canada and Mexico, and roughly half of their imports. The EU accounts for over three-quarters of the exports and over half of the imports of Poland and the Netherlands. Both the US and the EU account for a larger proportion of their neighbours’ exports than imports. In other words, big countries are big markets for their neighbours. India is just the reverse. It accounts for tiny shares of its neighbours’ trade, and is more a supplier to them than a market.

The US and the EU are the world’s biggest economies, and their size may partly account for their dominance. But take South Africa, which is more comparable to India. It accounts for a third of Namibia’s exports, and two-thirds of its imports, and for a fifth of Mozambique’s exports and a third of its imports. India accounts for much less of the trade of Bangladesh: 1.7 per cent of its exports, and 14 per cent of its imports. Why does India’s trade with Bangladesh account for a much smaller share of its neighbour’s than is normal for big countries?

It is India that is responsible.

It has imposed import restrictions on Bangladesh’s principal exports; as a result, Bangladesh has to find markets in distant lands such as the US and Japan. The restrictions are generally administrative. Under SAPTA and SAFTA, India has granted duty reductions on many tariff lines. But to qualify for those duty reductions, Bangladeshi exporters have to satisfy country-of-origin requirements, which bring them into the clutches of Indian customs.

India is no more generous towards its own exports. It has an elaborate import replenishment scheme for its exports, but the documentation it requires can be obtained at only about a dozen points on the Indo-Bangladesh border where trade is allowed. If an Indian exports to Bangladesh through any other place on land, he cannot get import replenishment for his exports. Thus, India discourages value-added exports to Bangladesh. India’s average import duties are 7½ per cent, and bring 11 per cent of central revenue. They should be abolished; that would free foreign trade of the obnoxious red tape. It would be bad for corrupt customs officials, but good for the country.

Another major export barrier is foreign exchange. If Bangladesh were just another state of India, traders would get together in border towns and buy or sell goods. They would either give cheques or cash in payment. That does not work in the case of border trade with Bangladesh because the Reserve Bank of India does not allow Indians to open bank accounts in takas or Bangladeshis to open rupee accounts. Instead, it has given 29 banks and money changers licences, and they have appointed shopkeepers in Bongaon and Petrapole as agents. So, in effect, the rupee-taka market is a spot market on the border; there is no dematerialized market as is common with all major foreign exchange markets, and there is no futures market.

For smaller transactions, the market works largely because there are many, mostly illegal, migrants from Bangladesh to India who transfer earnings through hawala networks. The Indian government has created an extremely costly infrastructure to prevent illegal immigration. The Border Security Force shoots a few dozen Bangladeshis dead every year. But the border is so long and offers so many points of entry, across rivers and forests, that it is impossible to police. The entry barriers work to some extent in West Bengal because the border is well populated. The eastern borders are not; so immigration is much easier into Assam and Manipur. This has repeatedly posed a political problem in Assam where violent locals beat up those whom they regard as interlopers.

What no one in the government is prepared to recognize is that illegal immigrants are a fiction created by our government. It treats the Bangladeshis as foreigners like Pakistanis instead of as permissible aliens like Nepalis. So Nepalis in Bangalore are left alone; Bangladeshis in Bangalore are treated as illegal immigrants and hounded. The government of India simply does not have the resources to stop migration. Nor is anyone, official or non-official, prepared to ask why migration occurs and what is wrong with it. Bangladeshis migrate to India for precisely the same reasons as Biharis migrate to Punjab, Odiyas to Gujarat or Tamils to Goa — people move to jobs. If, like Nepalis, they were not required to have visas, they would spread out wherever there are jobs in India, and the problems that have arisen from their geographical concentration would disappear. They would not be concentrated in West Bengal and Assam; like Nepalis, they would go and work all over India. And if they could move easily across the border, they would go home more frequently; more of them would come as temporary or seasonal workers, and fewer would be forced to stay in India for fear of being caught on the way back. Bangladeshis would not necessarily spend more person-days in India, but their earnings would be legal, and would finance larger Bangladeshi imports from India. Greater integration with Bangladesh is in India’s interests.