India's foreign policy independence will be put to the test 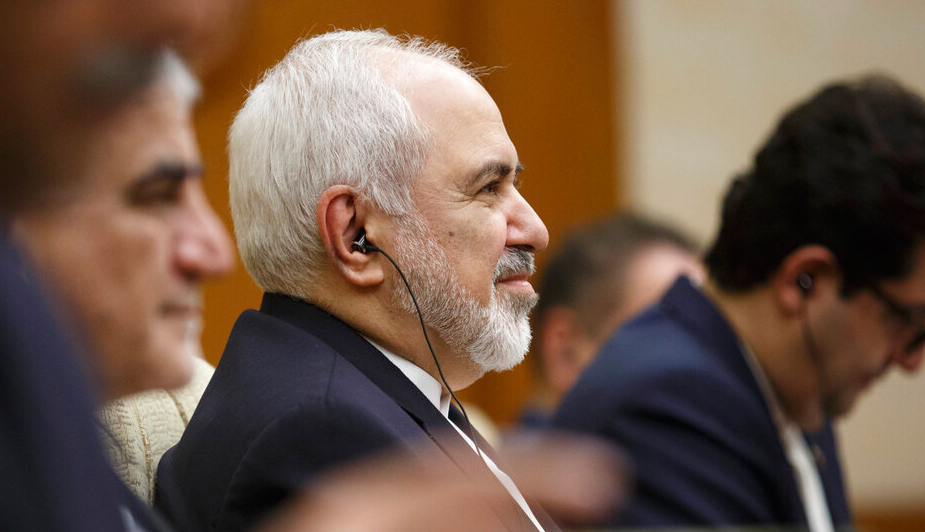 Iran's foreign minister Mohammad Javad Zarif in Beijing on Friday, May 17, 2019. At a recent meeting, he asked Sushma Swaraj whether India would continue to buy Iranian oil in the face of the US decision to end a waiver on sanctions against trade with Iran
(AP)
Charu Sudan Kasturi   |   Published 22.05.19, 09:37 AM

Last week, Iran’s foreign minister, Mohammad Javad Zarif, asked his Indian counterpart, Sushma Swaraj, whether New Delhi would continue to purchase oil from Tehran in the face of America’s decision to end a waiver on sanctions against trade with the West Asian nation. At their New Delhi meeting, Swaraj said that India’s next government would take the decision on Iranian oil. Also last week, the commerce ministry pushed back a decision on retaliatory tariffs against the United States of America — for increased tariffs imposed on Indian goods by Washington — till mid-June, after the elections are over.

For a government that has for long insisted that its strong leadership allows it to take difficult decisions promptly — unlike, the argument goes, preceding administrations — this use of the more conventional ‘lame duck’ argument to put off tough choices might appear surprising to some. That’s especially so since the government hasn’t strictly behaved like a caretaker administration and has taken other important foreign policy decisions, such as stopping the purchase of oil from Venezuela, also under US pressure.

But move away from the rhetoric, and it’s easy to understand why the government has been keen to kick the can down the road on key international dilemmas. That luxury will end now, though, with the results set to be announced tomorrow. And though television propaganda would have us believe that India is today respected more than it was five years ago, the global reality India’s next government — whoever forms it — will face is far grimmer than the world Narendra Modi inherited when he came to power in 2014.

The US has withdrawn incentives it was offering Indian exporters under the Generalized System of Preferences programme, impacting an estimated $5.6 billion worth of Indian exports to America. Indian experts have recommended retaliatory tariffs on 29 American products — from walnuts to pulses. Still, if the ever-escalating trade war between the US and China is an indicator, Indian tariffs on these American products might only serve as another play in what could pass as a game of poker if it weren’t far more dangerous for millions of people in both countries. India’s next government will need to confront the reality that one of its biggest trade relationships is in serious trouble.

Meanwhile, a sudden proliferation of warships in waters closer home is leaving many in India’s strategic community uneasy. Swaraj may have held off on a firm response to Zarif, but the fresh clouds of war gathering in the Middle East aren’t waiting for India’s next government to take charge. Earlier this month, the US sent an aircraft carrier, four destroyers, a group of bombers and a cruiser to the Middle East, claiming it had intelligence pointing to possible Iranian attacks on American forces. Last week, Saudi Arabia accused Iran-backed Houthi rebels in Yemen of targeting its oil stations with sophisticated drones.

These tensions will, at the very least, lead to an increase in oil prices — and that’s bad news for India, the world’s third-largest importer of crude after China and the US. A full-blown conflict will send oil prices into a tailspin, halt India’s plans for a transport corridor through Iran’s Chabahar port connecting up with Afghanistan and Central Asia, and test India’s foreign policy independence in a way that hasn’t happened since the Iraq war.

New Delhi faces a tough balance on its eastern flank too. On the one hand, India appears to be making some progress in ties with China, which recently allowed the UN listing of the Jaish-e-Mohammad chief, Masood Azhar, as an international terrorist after blocking that designation for several years. On the other hand, the US, Japan and Australia want to strengthen their quadrilateral strategic partnership with India. China views that arrangement as aimed against it — although the four nations have denied that. To placate China for now, New Delhi has rebuffed Australia’s request to join the tri-nation Malabar maritime exercises currently involving India, the US and Japan. But earlier this month, the US sent two warships close to two South China Sea islands that Beijing claims, signaling that it’s willing to continue to stir the pot there on its own if necessary.

Venezuela, until recently one of India’s three biggest sources of oil, is in the throes of a civil war, with the US threatening a military intervention. With the Sri Lanka bombings, the Islamic State — which the world had thought of as defeated — has demonstrated that its latest sphere of influence might be right here in South Asia.

To be sure, neither the IS nor China will be at the top of the mind of India’s political leaders tomorrow, as results pour in from the country’s states and Union territories. But not for long. Those who will lead India’s strategic establishment next will face a tide of tricky questions, with no easy answers.

A circus of mediators