India's deadly roads cannot be fixed without political will 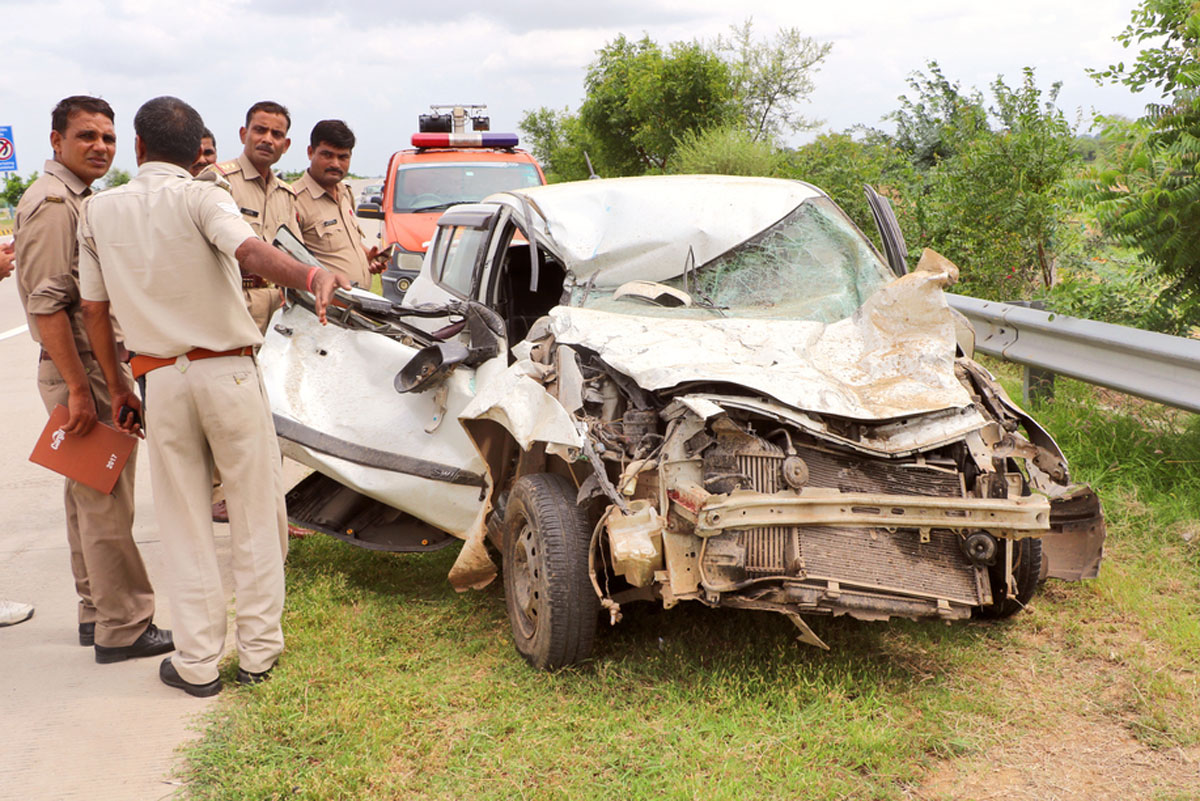 Roads and highways to hell can be found with ease in India. According to the latest government data, 48,746 riders of two-wheeler vehicles and 20,457 pedestrians died in road accidents last year. These figures reflect an alarming spike since 2013, when 40,957 two-wheeler riders and 12,330 pedestrians lost their lives. The data ought not to be surprising, but they are certainly significant. Coming as it does on the heels of a number of flyover collapses across states such as West Bengal and Uttar Pradesh, it raises serious questions on a number of counts, not least of which are traffic management and road infrastructure, design and safety. For one, the traffic police rarely penalize people who talk on the phone while driving, abjure the use of seat belts, helmets and indicators or — in the case of bus drivers — disobey rules about sticking to dedicated lanes. The motor vehicles (amendment) bill, which calls for more stringent punishment for offences such as speeding and drink driving, was approved by the Lok Sabha sometime ago, but is yet to be passed into law (and if and when it is, there are likely to remain grave concerns about its implementation). Moreover, if the deaths of pedestrians and drivers in accidents caused by unrepaired roads year after year in states such as Maharashtra were not enough, the frequent disintegration of bridges as well as the findings of a study showing that significant portions of the quadrilateral national highway network are hazardous for motorists ought to have spurred the State apparatus into action by now.

The fact that they have not highlights the State’s skewed priorities and criminal negligence when it comes to protecting the lives of citizens. Among other things, the inordinate delays in implementing stricter road safety laws point to the struggle between the Centre and state governments over bigger shares of the revenue generated by road transport. Proper inspections to identify flawed road constructions (such as blind spots and faulty speed breakers), penalizing the contractors responsible for them and empowering the traffic police — who are often unable to act of their own volition on account of political pressure — to take law breakers to task will go some way in curbing road mishaps. None of this will be achievable in the absence of political will. It is time that the governments in the states and at the Centre accepted the fact that the safety of citizens on the roads is one of their primary responsibilities.