India is suffering from navigation impairment 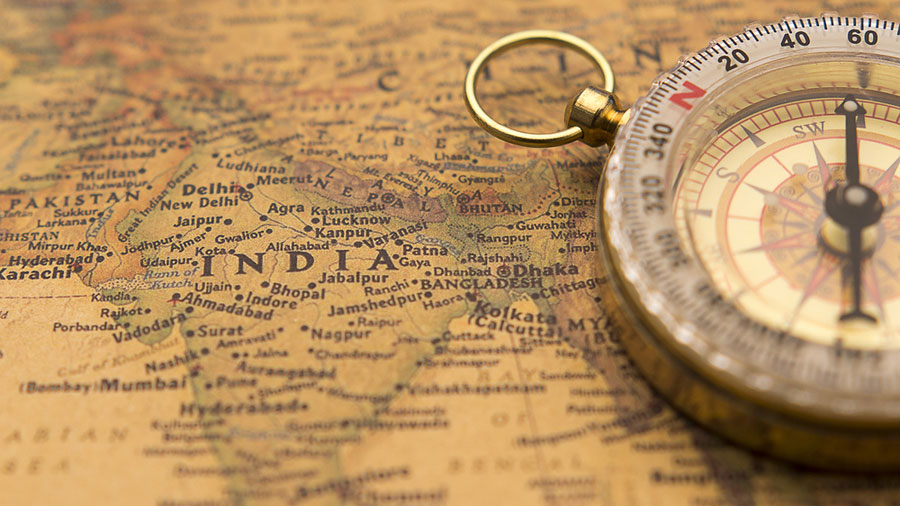 Is this topological disorientation or, in simple English, a directionless leadership with misplaced priorities?
Shutterstock
G.N. Devy   |   Published 04.09.20, 03:41 AM

Historically, the credit for establishing the conceptual framework of clinical neurophysiology goes to the Yorkshire-born John H. Jackson (1835-1911). My interest in his work got kindled when I was working on a little book on cultural amnesia. Jackson was among the first to be given an honorary doctorate by Leeds University. Among the varieties of neurological disorientation that Jackson identified, the one that fascinated me was “navigation impairment”, called “topological agnosia” in medical terminology. An individual afflicted by this agnosia — a Greek word, meaning ‘loss of knowledge’ — is unable to remember the way to a destination known to him although he may be able to recall important landmarks seen a long time ago. Jackson’s work made me look critically at the directional terms in use in the intellectual discourse of the 1980s. The terms that dominated it were Orientalism and its notional opposite, Occidentalism, under the impact of Edward Said’s landmark publication, Orientalism.

‘Orient’, in use since the 11th century, meant “the rising sun” or the east. And its antonym, ‘Occident’, meant the direction in which the sun sets. From the beginning of the Anglo-Saxon advent till the creation of the East India Company several centuries later, these terms meant what they were intended to mean. With the spread of the European colonial powers to countries geographically south of Europe, the Orient became a combination of the East and the South. The Occident primarily remained the North and, in an extended sense, included the West as well. As colonialism touched the zenith of its spread, the distinction between the South and the East disappeared almost entirely. In 1889, Rudyard Kipling (1863-1936) wrote in his youthful verse: “Oh, the East is East, and the West is West, and never the twain shall meet;/ till Earth and Sky stand presently at God’s great Judgment seat.” Around a decade earlier, in 1878, Dr Jackson had published his most important findings. He would have called the colonial ‘disorientation’ of the South/East a ‘topological agnosia’.

Precisely during the times neurologists in Europe were busy studying varieties of cognitive disorders, European linguists were busy laying the foundation of a hypothesis that later caused one of the worst genocides in human history. In Essay on the Inequality of Human Races (1853), the linguist, Arthur de Gobineau, floated the idea that the term, ‘Aryan’, corresponded with a pre-historic European culture originating somewhere in the north, probably Ireland. The historical fact was that it was used merely as a term for self-identification by the people who spoke Indo-Iranian and ancient Sanskrit. Karl Plenka in Die Herkunft der Arier (The Homeland of the Aryans, 1886) moved the imagined location to Scandinavia. He added to the hypothesis, against all scientific norms in Linguistic-Anthropology, the idea of Aryans as a ‘race’. It was imagined to consist of people with blue eyes and blonde hair. “Xanthochroi” was the term coined by anthropologists for consolidating the ‘Aryan racial supremacy’ theory. One does not have to spell out how this theory was used during Adolf Hitler’s regime towards engineering the genocide of Jews, communists, Poles and gypsies. For some decades at the turn of the century, the theory of Aryans and their imagined original home received attention from cultural adventurists in Europe and in India. B.G. Tilak (1857-1920) produced Orion (1893), arguing the ancient date for the Rig Veda and its connection with the people in Scandinavia.

The theme of the imagined Aryans and their material and spiritual attainments as the culmination of human wisdom had a field day in India in the first two decades of the twentieth century. The esoteric cults and schools of mysticism, which lent credence to the wishful historiography, included Theosophy of Helena Petrovna Blavatsky (1831-91) brought to India by Annie Besant (1847-1933) and the early writings of Sri Aurobindo (1872-1950). It must be added that both of them quickly distanced themselves from the fascist strand in these thoughts, involved themselves in the national freedom struggle, and actively opposed Hitler’s fascism. But the Aryan supremacy bug — what the German called Herrenmenschen or the alleged master race — found a hospitable space in the ideology of the Rashtriya Swayamsevak Sangh established in 1925. B.S. Moonje (1872-1948), V.D. Savarkar(1883-1966) and K.B. Hedgewar (1889-1940) grew up in the decades when these ideas were on ascendancy in Europe and were clearly influenced by them. As a result, a kind of a competitive Herrenmenschen emerged in the world, with a German variety and an Indian variety. The two major flaws in this idea — an untenable transfer of a linguistic feature to ethnic-racial identification and the neurological disorder of topological agnosia — escaped their attention. In contrast, M.K Gandhi avoided the topological agnosia by refusing to pit the East against the West and spoke of a non-violent world and universal human unity. Like him, B.R. Ambedkar rejected the very foundation of fascism by disproving the Aryan supremacy thesis in the context of ancient India in many of his scholarly works. These were the most significant modern articulations of the South as the South.

A century has passed since the rise of Hitler and his starkly racist ideas. The colonial empires are a thing of the past. It is necessary to readjust one’s understanding of the world, both ancient and modern. The idea of the faultily defined East has been nearly corrected and the selfhood of the Global South has been restored. Even a cursory glance at the various struggles for liberation over the last century indicates that they were all waged for restoring selfhood and dignity of the South, in South America, Africa and Asia. Of course, it is necessary to remember that the South is today both a metaphor for the poor and the oppressed as well as a topographical reality.

Historically, a large number of progressive ideas and liberating movements had their origin in South India, including the emergence of the Bhakti panths from the eighth century onward in opposition to the codified and ritualistic varieties of Hindu practices during the medieval times. Jyotiba Phule (1827-1890), Shahu Maharaj of Kolhapur (1874-1922), Narayana Guru (1856-1928), Periyar E.V. Ramasamy (1879-1973), B.R. Ambedkar (1891-1956) — outstanding modern Indian reformers — emerged from the South. They rejected the idea of any racial and caste discrimination and any false glorification of the past.

The topographical disorientation and the inherited flawed reading of history forming the ideological base of the present regime are adversely affecting us today. The economic indicators are dipping; the regime wants us to believe that they are improving. The real threat to Indian security is from the North. The government wants us to turn the nation’s attention to the West. Long lines of unemployed young persons are building up. Instead of focusing on them, we are asked to look back to ‘sanatan wisdom’, as the National Education Policy states. Is this topological disorientation or, in simple English, a directionless leadership with misplaced priorities?

The author is a cultural activist and founder of DNT Rights Action Group; ganesh_devy@yahoo.com