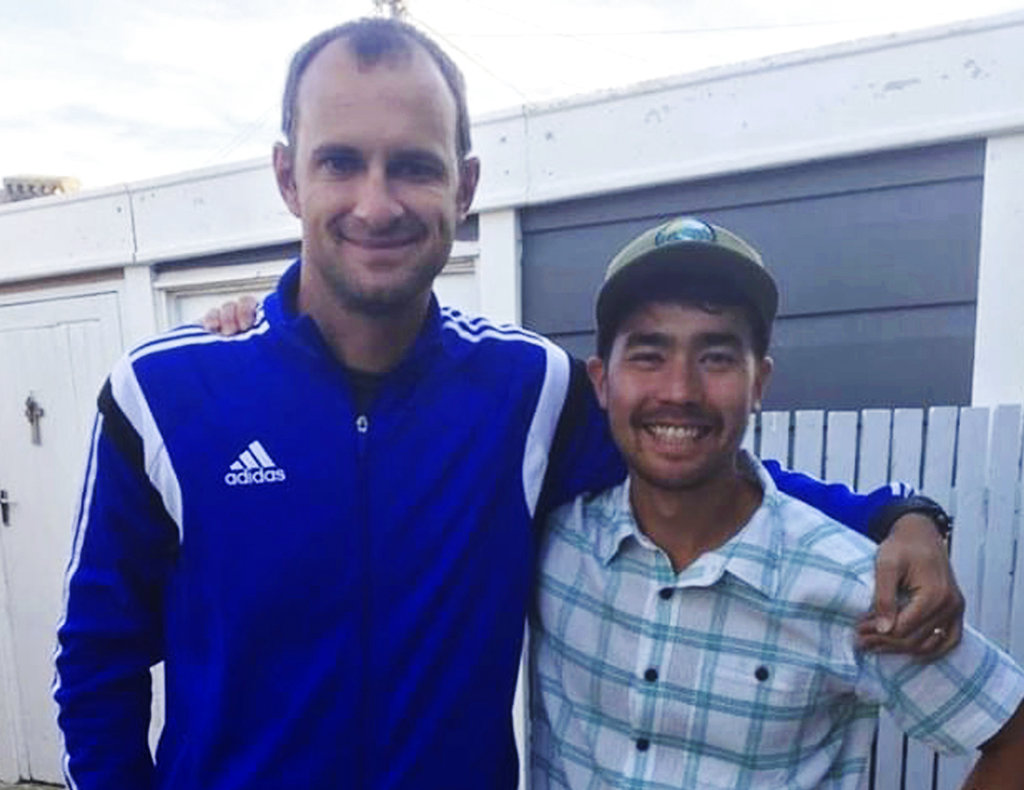 In this October 2018, photo, John Allen Chau (right) stands for a photograph with the founder of Ubuntu Football Academy, Casey Prince, in Cape Town, days before he left for North Sentinel Island.
AP
The Editorial Board   |   Published 27.11.18, 03:12 AM

Some events are almost representative of strains of history. The tragedy of John Allen Chau’s killing, allegedly by the indigenous people of North Sentinel Island, part of the Andamans and Nicobar archipelago, recalls tragedies with different victims that have decimated the numbers of similar peoples on these islands. The Sentinelese are uncompromising in their resistance to ‘outsiders’; they reject incursions with violence. Their forefathers are believed to have migrated to the island 60,000 years ago, and they have made it clear through their aggression that they have no wish to alter their way of life. The Indian government’s policy, therefore, has been to leave them in peace, while watching out for dangers to them from a distance. The American visitor — Chau had gone to the archipelago earlier too — took the help of some local people to evade Indian authorities on guard against visits to North Sentinel Island, and landed there. According to the letter to his family, he felt the need to ‘bring’ Jesus to the islanders so that they, too, could sing around the throne of god in their own ‘tongue’.

Although the members of Chau’s family were initially forgiving, they now feel that his killers should be punished by law. The situation exposes the unbridgeable gap between the two sides of such an encounter. Attempts to force indigenous peoples into the mainstream of ‘civilization’ — is that just wearing clothes, not using bows and arrows and not killing anyone perceived as an ‘outsider’? — have not seen great success in the islands. Experiments of this kind with the Great Andamanese that began with the British and were continued in independent India have ended up by drastically reducing their numbers and destroying the languages and ways of life of each distinct tribe. Susceptibility to infections from the mainland and to diseases of ‘modern’ existence, against which island tribes have grown no resistance, as well as substance abuse and exploitation have been killing off indigenous peoples. Even the Jarawas, far less resistant than the Sentinelese, are suffering. Experts on the Andaman islanders are now worried about the germs to which Chau may have unwittingly exposed the Sentinelese. All the Indian government can do is keep watch on them from a distance as the police continue trying to recover the American’s body from the island.

American death in Andaman: A 'misdirected adventure' on a forbidden island

Cops cautious as they look to recover American's body