Advertisement
Home / Opinion / The bridge that will connect India and Pakistan

The Kartarpur corridor has kindled a momentary hope of accommodation, and India and Pakistan must seize it 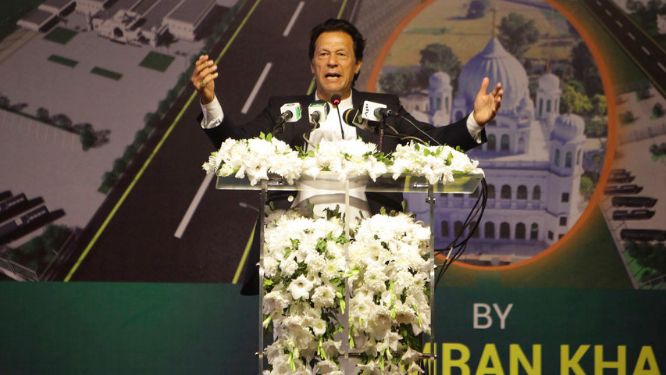 Under ordinary circumstances, a bridge signifies an enduring bond. Perhaps that explains why the vice-president, Venkaiah Naidu, chose to describe the proposed Kartarpur corridor that seeks to provide Indian pilgrims access to a shrine across the border in Pakistan as a ‘bridge that will connect the people of the two countries’. But bridges, real and metaphorical, have not always served as durable points of access given the chequered history of the ties between India and Pakistan. The prime minister of Pakistan, Imran Khan, has already uttered the ‘K’ word — not Kartarpur but Kashmir — even though he added that the seemingly intractable issue of Kashmir can be resolved with a will that is mutual. Meanwhile, India, under the Bharatiya Janata Party, continues to speak in a gaggle of voices. The vice-president’s message of hope has been followed by the minister of external affairs scotching the possibility of the resumption of bilateral talks between New Delhi and Pakistan. India’s participation in a potential summit of the South Asian Association for Regional Cooperation in Islamabad remains under a cloud as well.

India’s hesitation is not without merit. Adventurism from across the border, be it by Pakistan’s military or militants patronized by Rawalpindi, has led to this paucity of trust. It is pertinent to mention that the founding of the Kartarpur corridor coincided with the 10th anniversary of the heinous terrorist attack on Mumbai which, in turn, bears proof of Pakistan’s adventurism as well as India’s inefficiency in plugging security breaches. But it must also be conceded that bilateral ties have suffered because the leaderships of both countries have chosen to placate their respective jingoistic constituencies. The net result is that diplomatic initiatives have been sporadic. India has often called off talks because of incursions, strengthening the hand of conservative elements in the political machinery in Pakistan that remains under the shadow of its military. Unlike Pakistan, India is a vibrant, if somewhat flawed, democracy. It should thus be committed to the principles of dialogue and peace. The latter would be especially beneficial to business and trade for both countries. The Kartarpur corridor has kindled a momentary hope of accommodation. India and Pakistan must seize it and build on the momentum to usher in meaningful changes to the stalled bilateral ties.

Diplomacy cannot be premised upon bravado