POLITICS AND PLAY | Digging into a treasure trove of musical riches 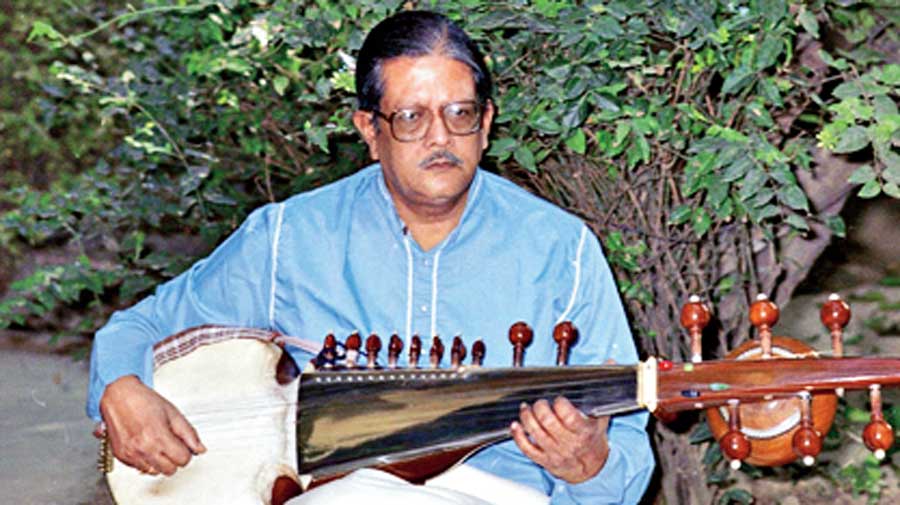 It was a serious road accident that led me — accidentally, as it were — to the musical riches of YouTube. I had broken an ankle and dislocated a shoulder, and was laid up in bed for weeks on end. I couldn’t read a book, but I could open my laptop and check my emails (and, if required, answer them briefly, typing with the fingers of one hand).

The accident occurred in the spring of 2012. For some years previously, I had been one of the several hundred lucky beneficiaries of regular postings from the music scholar and Malayalam writer, S. Gopalakrishnan. Two or three times a week, Gopal would send us all a piece of classical music, with a few sentences about its meaning or significance. The recommendation would arrive at the crack of dawn; and we were free to listen to it at any time at all.

Before the accident, my mornings were hectic, so I rarely listened to Gopal’s postings as they came. Sometimes, a pile would accumulate, and then I would listen to them all at once. I found my friend’s suggestions particularly handy when transcribing research notes into my computer, our shastriya sangeet playing soothingly in the background.

Now, with my ankle in plaster and my shoulder all strapped up, my mood when I woke up was invariably glum. The day stretched endlessly before me, with no prospect of cheering myself up with a walk through Cubbon Park. I learned to pick myself up in the mornings with music instead. Opening the computer, I would go first to the mail from Gopal, read his text, click on the link and listen to it. As I began doing this regularly, I discovered something that had eluded me before — that the screen was inviting me to listen to other compositions after the one presently playing had finished. Previously, I had listened to Gopal’s recommendations one by one, without looking at the screen after I had opened the link. Now, as I sat in bed with my ankle numb and my shoulder aching, the algorithm of YouTube was inviting me to forget my pain by partaking of more of its pleasures.

It was one particular recommendation of S. Gopalakrishnan’s that set me off on my first YouTube binge. That morning, he had linked a recording of “Krishna ni begane baro”, as sung by the great Carnatic vocalist, M.L. Vasanthakumari. This song is a particular favourite of mine, so after I had listened to M.L.V. render it, I saw a link to a version by the well-known contemporary vocalist, Bombay Jayashree. So I heard her sing the song too.

As I listened, I recalled reading about an incident involving this particular song and the Carnatic vocalist of American heritage, Jon Higgins. On a visit to the town of Udupi, Higgins was denied admission to its Krishna temple because of the colour of his skin. So he stood on the street outside singing “Krishna ni begane baro”, shaming the priests to let him in. Higgins was deliberately — and very movingly — invoking an ancient story associated with the temple, which had denied the 16th-century Kannada poet, Kanakadasa, entry because of his low caste. Then, too, the devotee, stigmatized by the priests, sang his praises to Krishna in response, whereupon (so the story goes) an idol of Krishna itself turned around, broke the temple wall, and revealed itself to this true seeker.

Remembering this tale, I now asked YouTube to let me hear Higgins sing “Krishna ni begane baro”, followed by a request (met with as quickly) for a rendition by that other fine vocalist born in a Christian home, K.J. Yesudas. By these means I passed the morning utterly enchanted, the pain in my limbs forgotten.

Before I discovered YouTube, I drew most of my musical sustenance from the large collection of CDs and cassettes of National Programme recordings that I had accumulated over the years. These came in especially handy on long, trans-continental flights, when the hours would pass most pleasurably listening to Ali Akbar Khan, Nikhil Banerjee, Ravi Shankar, Vilayat Khan, N. Rajam and Bismillah Khan if I was in the mood for instrumental music; and to Bhimsen Joshi, Kumar Gandharva, Mallikarjun Mansur, Malini Rajurkar, Kishori Amonkar and Basavaraj Rajguru if I wanted to listen to vocal music instead. Now, after my accident and the world it had opened for me, I began to supplement my private archive with periodic raids into this vast treasure trove of publicly available resources as well.

A YouTube binge I recall with particular fondness occurred in the second half of January 2018. It was inspired by my hearing of the death of the great sarodiya, Buddhadev Dasgupta. As a student in Calcutta in the 1980s, I had often heard Dasgupta play live. It was mostly in that city that he performed, for as a full-time engineering professional he could not work the all-India and trans-Western concert circuit in the manner of his contemporaries Ali Akbar Khan and Amjad Ali Khan. I retained enchanted memories of those concerts of my youth, so when Buddhadevbabu came to play in Bangalore in or about the year 2010, I took my son to hear him. By now the maestro was visibly ageing, and knew it, beginning the concert by telling the audience at the Chowdiah Memorial Hall, “This is not the Buddhadev Dasgupta you once knew, but when the invitation came from Bangalore I could not refuse it”.

Buddhadev Dasgupta died on January 15, 2018, a few weeks short of his 85th birthday. On hearing of his passing, I went at once to my iPod to hear his recordings of Gorakh Kalyan and Jaijaiwanti. Then, rummaging through my cassettes, I found I had with me a National Programme of the 1980s, with him playing — most magically — a Kedar. I listened to what I had several times, before remembering YouTube. This had some rare recordings of private concerts already; in the weeks following his death, more were uploaded by his admirers. Among them was a quite beautiful Chaya Bihag, an hour-long elaboration of a rarely-performed raga which I have since listened to again and again.

A particular song, “Krishna ni begane baro”, was the vehicle of my first YouTube binge; a particular musician, Buddhadev Dasgupta, the vehicle of my second. Ever since the pandemic broke out, I have kept myself going through a series of YouTube binges. Some have been cricketing — I would particularly recommend a wonderful conversation between Shane Warne and Michael Atherton — while some have been literary — here I single out a conversation between C.L.R. James and Stuart Hall. However, the majority have been musical. It is through YouTube that I have begun to — very slowly and haltingly — warm to the glories of Western classical music; and it is through YouTube again that I have gone beyond the generational attachment to the vocalists I revered in my youth, and begun to enjoy the music of contemporary singers such as Venkatesh Kumar, Kalapini Komkali, Ashwini Bhide Deshpande and Priya Purushothaman.

My most recent discovery on YouTube was a recording of the legendary Kirana gharana singer, Roshan Ara Begum. A direct student of Ustad Abdul Karim Khan, after Partition she moved to Lahore, performing there until her death in 1982. In 2009, finding myself in Lahore, I went searching for Roshan Ara’s music in Anarkali Bazar, finding a few cassettes which included a fabulous rendition of Shankara, which I have listened to countless times since. Now, last week, I chanced upon a recording of a concert in Delhi, probably from the late 1950s, whose centrepiece was that rare raga, Noorani. A special joy was to have the music interspersed with the voice of Surajit Sen saying: “This is All India Radio. Tonight, in the National Programme of Music, you shall hear a vocal recital by Roshan Ara Begum of Pakistan.”

Over the years, as I have listened more to music on YouTube, I have come to greatly appreciate those who so selflessly share their own collections for others to listen to and love. I would like to acknowledge them by name, except that I don’t want them to be harassed by narrow-minded monopolists and their greedy lawyers. Anyone who, like me, goes to YouTube for their musical needs knows whom all I mean, and will share my feelings of gratitude and indebtedness. In a world riven by hatred and discord, jealousy and rivalry, pride and prejudice, those who put their painstakingly garnered musical treasures on a public platform are the true jewels of the human race.