Advertisement
Home / Opinion / In Myanmar, Suu Kyi still a force to reckon with

In Myanmar, Suu Kyi still a force to reckon with 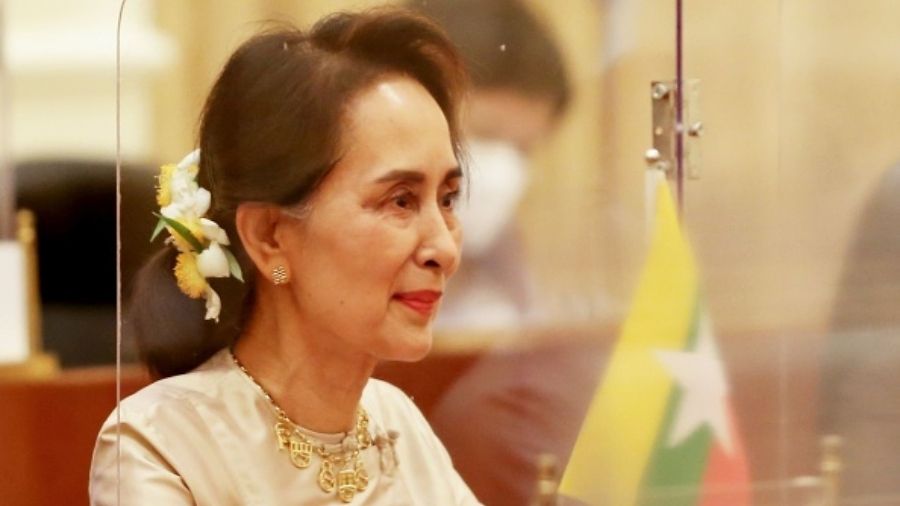 Could it be Myanmar Army chief General Min Aung Hlaing just didn’t like the idea of retirement and decided to stage a coup instead? Back in 2016, he’d given himself a five-year extension which ends next month when he turns 65. Or, more seriously, did the Myanmar Army oust the civilian government Monday because General Min wanted to strike before the newly elected parliament was due to sit for the first time later that day?

One way or another, Indian analysts reckon the coup writing was on the wall after national elections swept Aung San Suu Kyi’s party back to power in November with a massive majority. “In December, there were signs of unhappiness in the top military leadership. In January, there was an attempt in the lame-duck parliament to discuss the so-called ‘electoral fraud’ (allegations by the military). That didn’t go through,” says Pratap Heblikar, former special secretary, Government of India.

Heblikar reckons Suu Kyi, who was Myanmar’s state counsellor -- effectively the prime minister -- should have called in the military leaders for talks at that point when it was clear they were unhappy and looking to have the election annulled because of what they charged was massive voter fraud. Both sides held high cards but Heblikar believes they could have concluded a deal. In any event, the military never really relinquished full power in Myanmar, even after its 2010 civilian handover as it remained in charge of the home ministry, defence and immigration.
But Suu Kyi held trump cards of her own. Her National League for Democracy (NLD) won an overwhelming 396 out of 476 seats in the elections. Even if she’d agreed to the military’s demand for a recount – not fresh elections -- she could still almost certainly have formed a government. Also, she could rightly have noted that as the army headed the home ministry, it should have been able to ensure free and fair elections. (Independent election observers reported no signs of voting irregularities). However, relations between Suu Kyi and the military have been icy for a long time and it’s reported that she and Senior Gen Min Aung Hlaing hadn’t been on speaking terms since 2018.

On Monday, it became evident the coup rumours were right all along when army tanks rolled onto on the streets of Yangon (earlier called Rangoon) and the new capital, Naypyidaw. This was just two days after Min Aung had flatly denied any coup plans and said comments to officers that the constitution might be revoked had been misinterpreted. General Min Aung’s mollifying statements led analysts to downplay coup talk with Myanmar-based independent analyst Richard Horsey tweeting it appeared the military “will follow the constitution” and “any imminent putsch seems unlikely.”

After the coup, everyone realised General Min Aung had just been economical with the truth in promising to abide by the constitution and that he planned to invoke the constitution’s Article 417 which gives the military the right to seize power in the case of “emergency.”

Widespread arrests have already taken place including of Nobel winner Suu Kyi who the Financial Times reported was back under house arrest as she was on and off for 20 years between 1989 and 2010 when she led the pro-democracy opposition to the generals’ rule. Others arrested include Myanmar President Win Myint, state and regional prime ministers and workers from Suu Kyi’s NLD party.

After the army took over, former lieutenant general Myint Swe was appointed acting president and he’s transferred formally power to the military. Myint Swe has always close to Myanmar’s powers-that-be and former dictator Than Shwe. As the leader of Yangon. he suppressed what was called the Saffron Revolution in 2007 during which scores are said to have died and hundreds were arrested.

Why did the military, which already held most of the power, suddenly decide to remove the fig leaf of civilian rule? It’s reckoned the plans of General Min Aung, who’s rumoured to have desired a political role post-army retirement, went badly awry. The military nominates 25 per cent of the MPs in the legislature. Min Aung had hoped to tie up with the opposition United Solidarity and Development Party and become president. However, this plan collapsed in the election when the NLD trounced the military-backed opposition and raked in 83 per cent of the vote, even more than in the 2015 election.

Isolated, poverty-stricken Myanmar’s strategically squeezed between India and China. The Ministry of External Affairs reacted cautiously to the coup news, saying: “India has always been steadfast in its support to the process of democratic transition in Myanmar. We believe that the rule of law and the democratic process must be upheld. We are monitoring the situation closely.”

The response from China, which has huge infrastructure projects in Myanmar (Huawei’s building the 5G network) and which had established strong ties with the civilian government, was even blander. Beijing, which had drawn closer to Myanmar’s civilian government when it came under Western criticism over its handling of the Rohingya Muslim crisis, voiced hope “all sides in Myanmar can handle their differences under the constitution.”

The reality is that India is back to walking a tightrope between Suu Kyi and the military. India had won favour with the military by gifting a submarine to the Myanmar Navy (the former INS Sindhuvir) last year. India and China have long been jostling to win influence in Myanmar. Chinese Foreign Minister Wang Yi was in Myanmar a few days ago before the coup. (Incidentally, the Myanmar military believes the Chinese are also supplying arms to the Rohingyas as part of a drive to expand its influence toward the India-Myanmar border).

Unsurprisingly, the West has come out swinging with US President Joe Biden threatening to restore sanctions against Myanmar’s military and saying force should never be used to “attempt to erase the outcome of a credible election.” British Prime Minister Boris Johnson said: “I condemn the coup and the unlawful imprisonment of civilians, including Aung San Suu Kyi.”

But the army’s aware it may not be able to hold onto power for a very long time. For hours Tuesday night, people in Yangon banged on pots and pans and honked their car horns, creating noise heard across the city, to protest against the coup. Earlier Tuesday, Myawaddy TV, which is controlled by the military, promised elections in the next 12 months. Says Heblikar: “It appears there is a way forward. The military has a roadmap. We will need to see how the roadmap will be progressed.”

The military realises there’s a deep desire for democracy in Myanmar and it will not be able to quell that permanently. Even many soldiers must almost certainly be for democracy. Says Heblikar: “If you look at the three parliamentary exercises held in 1990, 2015, 2020 83 per cent to 84 per cent of the voters have voted in favour of the NLD. Even the armed forces vote for her. Myanmar has around 500,000 people in the armed forces. If many of them hadn’t also voted for her, she couldn’t have got such a huge majority.”

Suu Kyi’s reputation has gone down globally ever since the brutal suppression of the Rohingya Muslims that she described as an “internal armed conflict” when appearing before the International Court of Justice at the Hague. At home, though, she’s still retains her huge popularity as the leader for democracy. Right now, she’s issued a call to her supporters to protest against the coup. Whatever moves the military makes in the coming months, it’s clear Suu Kyi remains a force to be reckoned with.