In election season, mourning not a private affair

Ram Vilas Paswan decided to film his grief for his departed mentor, George Fernandes, a day after his death 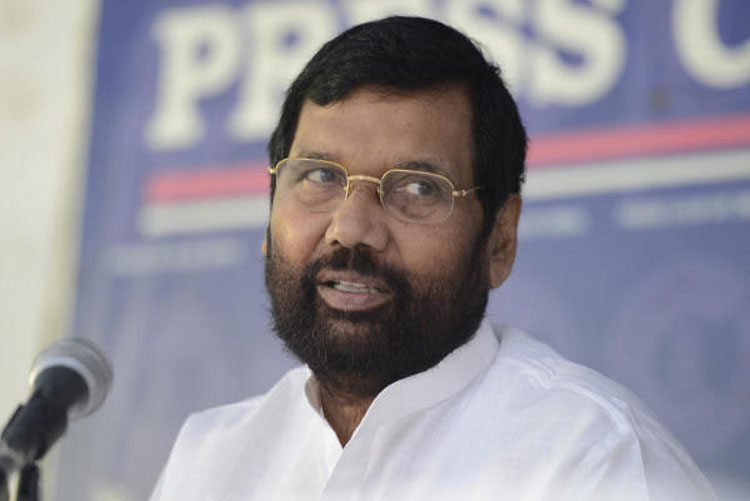 Alarmed at the prospect of having to stay during the entire course of Paswan's event, most of the media vanished
Telegraph photo
The Telegraph   |   Published 03.02.19, 05:30 AM

Elections are near, and trust the hard-boiled politician to drop his presence on to any available publicity plate. The Union minister for civil supplies and consumer affairs, Ram Vilas Paswan, we are told, decided to film his grief for his departed mentor, George Fernandes, a day after the former firebrand passed away. He instructed his office to get a prayer hall at his residence ready and arrange for all the media it could rustle up. So calls began to go out of Paswan’s office to journalists, especially television journalists: “Please come, Paswanji is mourning George saheb!”

But surely mourning is, or could be, a private affair? No? No. Not during election season. Entreaties from Paswan’s office did eventually seduce a clutch of television crew. They arrived, filmed Paswan in the flower-laden prayer hall and sought to push off. “But no, not yet, sirs,” Paswan’s minions begged, “Paswanji is yet to take the stage and speak!” Alarmed at the prospect of having to stay during the entire course of the event, most of the media vanished. And so little is known of the spoken tribute that Paswan gave to George.

The former Union finance minister, Yashwant Sinha, seems to have taken to the role of conscience-keeper after having been forced to leave the BJP (the party, under the duopoly of the BJP president, Amit Shah, and the prime minister, Narendra Modi, has no place for naysayers). Sinha may now be in the Opposition camp, but he made it clear this week that while he did not want to slip back into electoral politics, he would continue to speak on national issues. It looks like Sinha’s voice will keep ringing loud and clear, irrespective of which party is in government.

Trust the yoga guru, Baba Ramdev, to come up with something like this. When most seers and sadhus at Prayagraj were busy taking their holy dips in the river during the Kumbh mela, Ramdev went around collecting the ‘chillums’ from various akharas. He also asked a group of sadhus to consider giving up smoking. The health guru pointed out that neither Lord Ram nor Krishna were known to cultivate such habits, so why would the sadhus themselves do so? Some sadhus and their devotees were visibly unhappy at having to part with their trusted smoking devices.

The big day for Piyush Goyal — the day he presented the budget — put the spotlight on his role not just as the step-in Union finance minister, but also as the Bharatiya Janata Party treasurer. In the run-up to the Lok Sabha elections of 2014, Goyal — a chartered accountant by training — was the BJP’s national treasurer. That post lies vacant today; rather, it was never filled after he moved to the council of ministers. Although he has stood in for Arun Jaitley as the finance minister in the past as well, this time round questions were raised in the media and by the Congress about a conflict of interest — given that the man who was never replaced as treasurer of the ruling party at the Centre presided over the budget. The subtext is clear — the possibility of Goyal still moonlighting as the BJP’s fundraiser and money-minder.

After a poll debacle comes bad blood. In the presence of the senior BJP functionary, Ram Lal, the former chief minister of Madhya Pradesh, Shivraj Singh Chouhan, had a showdown with Gopal Bhargava, the leader of the Opposition in MP when the state unit of the party met in Bhopal recently to discuss the strategy for the 2019 Lok Sabha polls. Bhargava kept saying that after the results of the assembly elections on December 11, 2018, the BJP cadre is demoralized. Chouhan intervened to say that party workers are not disheartened; on the contrary, they are elated by the BJP’s reasonably good performance at the hustings. In response, Bhargava insisted that the reaction of the party cadre was a matter of perception, while the party is forced to cool its heels on the Opposition benches. If looks could kill, there might have been a massacre that day.

Former Union finance minister Yashwant Sinha made it clear this week that while he did not want to slip back into electoral politics, he would continue to speak on national issues.
Telegraph picture/ Sanat Kumar Sinha

The BJP’s opponents have, expectedly, castigated the Union budget, describing it as ‘populist’, ‘jumla’ and so on. But it was Didi, yet again, who remained inimitable in her dismissal of the the BJP and its interim budget. She said that the budget was an example of the BJP calling the doctor after the death of the patient. Was this Mamata Banerjee’s allusion to the idiom of closing the stable door after the horses have bolted?