IIT Delhi students' innovation is a step towards better sanitation 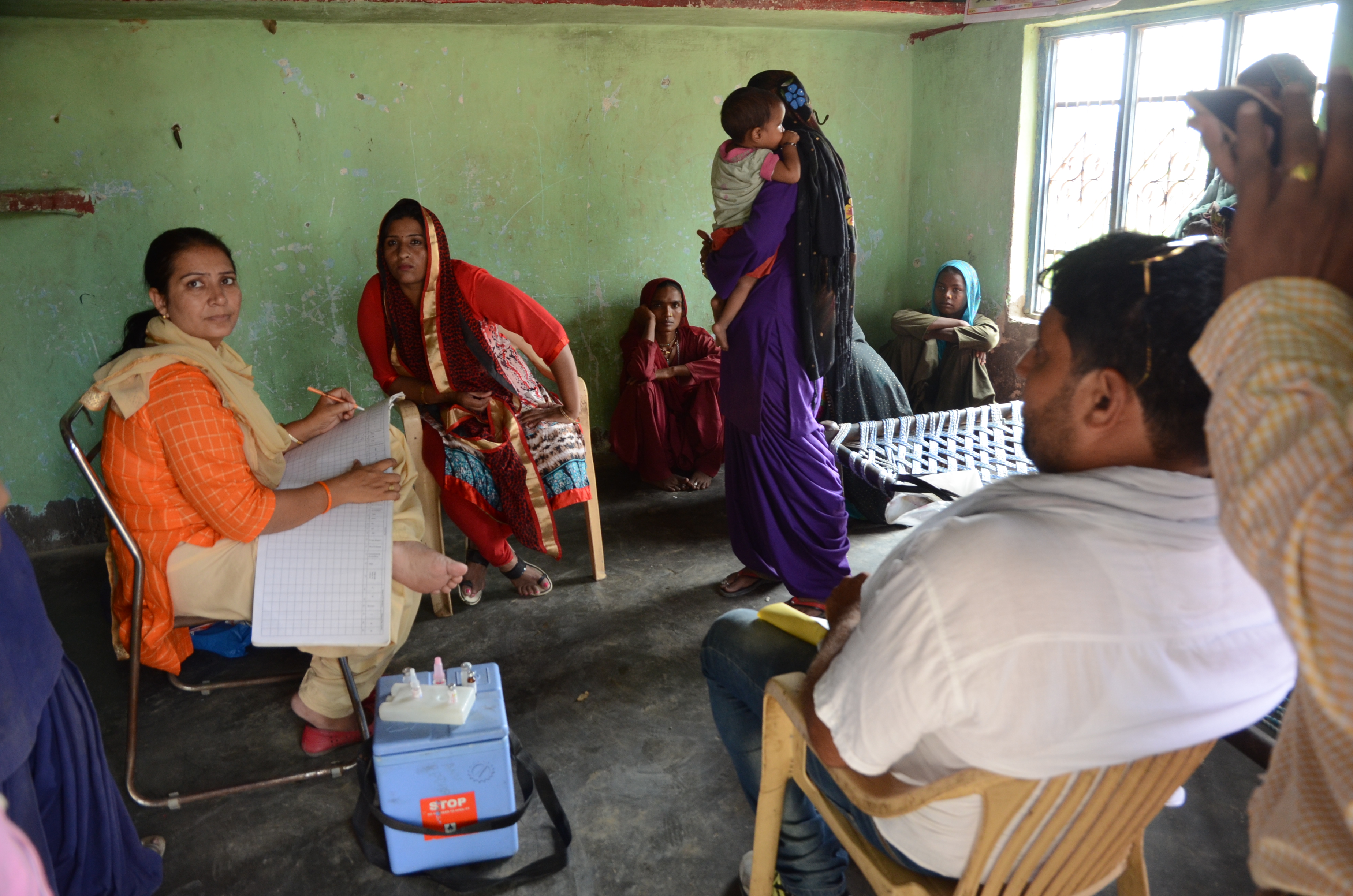 This immunisation centre in Panipat, Haryana, has no toilet facilities
Ramakant Kushwaha / Telegraph file picture
The Telegraph   |   Published 23.11.18, 11:54 AM

Sir — Toilet humour is often frowned upon. But it can actually help, through the laughter it generates, to highlight important issues of sanitation that are usually hushed up in society. What two students of the Indian Institute of Technology, Delhi, have achieved, however, is no joke. They have developed a ‘stand and pee’ device for women. It is difficult for women, especially those who go out to work, to relieve themselves outside their homes owing to the lack of hygienic public washrooms. Once the use of the device is popularized, it will, in all probability, be greatly appreciated by women across the country.

Sir — The editorial, “Lost song” (Nov 19), must be praised for the stand it takes against those who oppose the spirit of democracy. There is no denying that the Bharatiya Janata Party, assisted by some right-wing groups, is trying to silence dissenters. The latter have been tagged as ‘anti-nationals’ and ‘urban Naxals’, trolled, arrested and, in some cases, even murdered.

It is, thus, both unsurprising and saddening that a concert of the Carnatic music exponent, T.M. Krishna, was postponed by the Airports Authority of India, which had invited him to perform at an event it was supposed to organize with Spic Macay. It is being said that the reason he was subjected to such humiliation is because he is a critic of Hindutva and the Narendra Modi-led government, and his music often represents inclusive ideals.

Artists should have the freedom to express their views. They, undoubtedly, hold up a mirror to society. The BJP has failed the nation by not protecting the rights of its intellectuals and artists. If the present dispensation at the Centre does not curb its excessively harsh actions against citizens, then it might have to face the wrath of the people in the upcoming Lok Sabha elections.

Sir — The cancellation of the concert by T.M. Krishna was unjust. This was more than an attack on free speech or dissent. Krishna is an acclaimed vocalist who was also bestowed with the Ramon Magsaysay Award in 2016. Like most other artists, Krishna, too, does not believe that there can be boundaries in art forms. He tries to break religious barriers through music.

It is shameful that he had to face online attacks by right-wing trolls after he re-tweeted the AAI’s invitation. It seems that the threats of these trolls were enough for the AAI to call off the show, claiming that some exigencies had come up. It is worrying that such incidents are increasing with every passing day. One should understand that artists like Krishna are trying to heal the divide among Indians through music. Their endeavours should be encouraged instead of being silenced.

Sir — Thousands of devotees performed Chhath Puja at Rabindra Sarobar last week, in spite of the National Green Tribunal’s order against carrying out puja rituals at the lake. Although a substantial number of police were present at the venue, there was no visible attempt to enforce the NGT’s order. This implies that the police might have been working under the influence of local politicians.

The devotees may have been unaware of the order. However, we should all be more conscious about the environment as our activities create a significant impact on the ecological balance. Whether it is idol immersion, the discarding of puja-related paraphernalia, or even daily garbage disposal, all of this can lead to water pollution, thereby affecting aquatic life. Loud music and the bursting of crackers disturb the surroundings of the lake, which are home to a variety of birds. Some migratory birds which are spotted in winter may get driven away by such celebrations. Rabindra Sarobar is already suffering environmental degradation. It is the responsibility of every individual to preserve the biodiversity of the place.

Sir — The manner in which the NGT’s order regarding puja rituals at the Rabindra Sarobar lake was violated during the recent Chhath Puja celebrations is worrying. Worse, the violation occurred while the police looked on.

One wonders whether the devotees realize the extent of damage to the environment caused by such activities. It is hoped that environmental activists will have the support of the people as they seek legal redress against the Calcutta Metropolitan Development Authority for its failure to keep the devotees from performing Chhath Puja at the lake. Severe action should be taken so that such acts are not repeated.

Sir — The statement of the Union women and child development minister, Maneka Gandhi, that the Maharashtra forest minister should not have permitted a shooter to kill the tigress, Avni, is laudable. Could not have efforts been made to catch the tigress alive? The manner in which she was killed shows the forest department’s failure to trap her alive and protect her. The Maharashtra government should give strict instructions to the forest department so that such tragedies do not occur again.