Huge shift: Why video lectures could turn students into robots

EYE ON ENGLAND: Lady D's spiritual experience in Calcutta, a tea party is postponed at the London Zoo and the benefits of Zoom 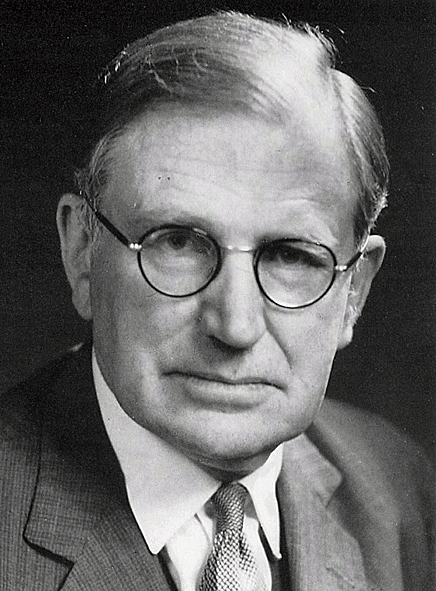 The decision by Cambridge University to deliver all its lectures online for the whole of the academic year 2020-2021 because of the coronavirus pandemic has been described as “shocking and sad” by the Calcutta physicist, Bikash Sinha, who read Natural Sciences as an undergraduate at Christ’s College between 1964-67. Christ’s can count many great scientists among its alumni, including Jagadish Chandra Bose and Charles Darwin, whose bust and statue, respectively, grace the college gardens.

Bikash tells me the lectures given by Sir Nevill Mott, the Cavendish Professor of Physics, and by Brian Pippard, who succeeded him in the post, “are still fresh and vivid in my mind after more than fifty years”. Pippard’s lectures were dramatic, recalls Bikash. “Brian did not lecture standing but dancing around. Later, I got to know him personally and that was the experience of a lifetime. The informal and personal mode of interaction was crucial — it can never be substituted by video which is lifeless and hopelessly mechanical.” Mott, who went on to win the 1977 Nobel Prize for physics, was both impressive and eccentric. “Dressed in a morning suit, dark jacket, waistcoat and pin-striped trousers, he used to smoke while lecturing and the ash used to add to the colour of his jacket. He never managed to finish a sentence, mind racing faster than his speech. The fun for us was to figure out his untold words, often more significant than the actual lecture. Sir Nevill is the man who advised me after my Tripos and got me a research fellowship at King’s College London. In some sense, he made me what I am.”

Bikash fears for the future. “My entire experience clearly demonstrates that video lecturing will turn the students into a bunch of robots.”

Princess Diana in Washington in 1996
(Shutterstock)

At a time when Princess Diana’s marriage to Prince Charles was falling apart and she was in a vulnerable state of mind, she drew solace by visiting Mother Teresa’s home in Calcutta in February 1992. Her former butler and ‘rock’, Paul Burrell, has just disclosed the contents of a handwritten note in which Diana revealed that even though Mother Teresa was detained by illness in Rome, “something very profound touched my life — I... found the direction I’ve been searching for all these years. The sisters sang to me... a deeply spiritual experience and I soared to such great heights in my spirit.”

I can confirm Diana was much moved by the experience, as I was there in the British press party as a staff correspondent of The Sunday Telegraph in London. I was very nearly denied admission by a local police inspector. “Khali press.” “Ami press.” “Shudhu British press.” Fortunately, one of the photographers, a burly, six-feet-tall man, reached out, grabbed me by the collar and pulled me in with the words: “He’s with us.”

Something strange happened inside. Overcome by emotion, Diana started weeping. This was contagious. Soon, the entire British press corps were also in tears, and afterwards donated all the cash we had to the charity. Diana was killed in a car crash in Paris on August 31, 1997. Mother Teresa died in Calcutta five days later. “[T]hey went off to Heaven together,” is how Burrell puts it.

From Lord Karan Bilimoria, a 58-year-old Parsi peer who is expected to take over as president of the Confederation of British Industry on June 16 — he will be the first Indian to be elected to the post — I get a more positive view of virtual technology that has become commonplace in the world of business. Even though he was struck down by the coronavirus for two weeks, Karan has been working a 14-hour day while in lockdown in London. The chairman of Cobra Beer reminds me: “It was Satya Nadella, head of Microsoft, who mentioned that in two months we’ve leapfrogged to using technology that would normally have taken well over two years. But now everyone’s using it, whether it’s Zoom or Webex or Microsoft Teams or BlueJeans. I’ve spoken in many debates in the House of Lords on Zoom.”

Karan, who is chairman of the Judge Business School at Cambridge University and chancellor of Birmingham University, gave a lecture to the strategy class of the MBA course on Zoom and took questions, all of which went off without a hitch. He predicts the technology is here to stay. “It’s been tremendous, absolutely tremendous.”

Wait till next year

Lord Swraj and Lady Aruna Paul have been forced to cancel the annual tea party they hold at the London Zoo for several hundred people every year to remember their children, Ambika and Angad. “This year for the first time (in 25 years) we have to postpone the party as we are all still in lockdown,” their letter says. “But we ask you to hold the first Sunday in July 2021.”

This is the party where I normally catch up with Kunal Basu, my journalist friend from Calcutta — his father and mine were neighbours and colleagues. London Zoo, which looks after “18,000 animals — from majestic lions to tiny frogs”, is suffering financially because it remains shut to the public. As in Alipore zoo in Calcutta, many of the animals, including the pygmy goats, are sociable creatures and miss the excited children.

With restaurants in Britain shut, two of the best known Indian establishments, the Bombay Brasserie and Quilon, are trying to stay afloat by starting a takeaway service. The average spend is £70-£80 on Chicken Tikka Makhani, Achari Tikka and Tandoori Chicken from the Bombay Brasserie, and Prawn Masala from Quilon. The executive chef, Sriram Aylur, says that although delivery is within a five-mile radius, “some loyal customers are 40 or 50 miles away — they organize a cab service”.