Advertisement
Home / Opinion / How interim is the budget?

How interim is the budget? 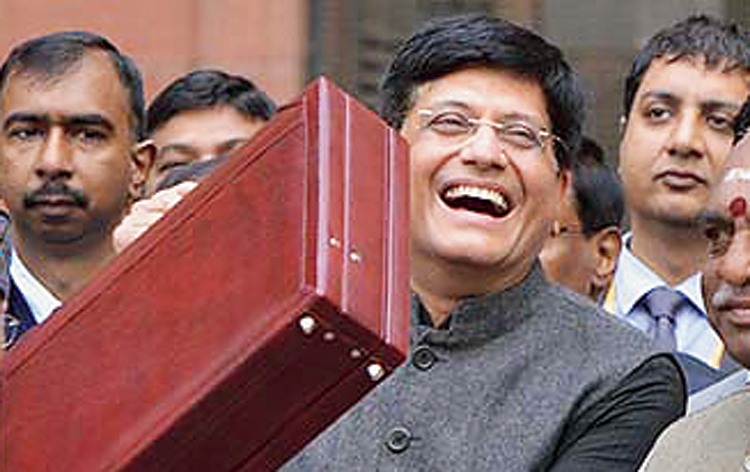 Finance Minister Piyush Goyal on his way from North Block to the Parliament to present the Interim Budget in New Delhi on Friday, February 1
Picture by Prem Singh
The Telegraph   |     |   Published 06.02.19, 11:24 AM

Sir — The interim budget presented this election year by the stand-in finance minister, Piyush Goyal, is cleverly crafted. It seeks to lure all sections of Indian society, especially the middle classes and the peasant and worker communities. Although the Opposition has called the measures a ‘drop in the ocean’, one hopes that the government will rise above mere rhetoric and deliver on its promises to the unorganized sector and farmers. It is true that the promise of achche din continues to be a distant dream. Yet, if the measures suggested in the interim budget are implemented in earnest, the standard of living for many could be substantially improved.

No budget, however, can appease every section of society. The standard deduction limit has been increased from Rs 40,000 to Rs 50,000; salaried taxpayers with an annual income of over five lakh rupees are surely not as happy as the ones who will be exempt from taxes for earning less than the stated amount.

One must note that this year’s budget has not mentioned the exact figure of the effective taxpayers’ base. Last year, the figure was shown to have increased from 6.47 crore to 8.27 crore. But this time, only the number of returns filed has been mentioned. Now it remains to be seen if this is an inadvertent omission or an intentional one. In any case, in a country with a population of over 130 crore, a lot remains to be done for increasing the tax net or, more technically, the tax-to-GDP ratio.

Sir — In the recently-announced interim budget, the government proposed a spate of sops for sectors such as agriculture, unorganized labour and the salaried middle class, which it had hitherto neglected. These are the communities which bore the brunt of the adverse economic situations caused by policies like demonetization and the goods and services tax.

The Bharatiya Janata Party had come to power in 2014 by selling the dream of achche din. But the people now understand that those promises have long fallen flat. Now that the government needs to secure its position in power for another term, it is using the interim budget to raise the expectations of voters once again.

The government has not yet declared any practical plan regarding the management of funds or resources to achieve the tall targets it has set. After all, the only thing that the ruling party truly wants is to ensure that the vote is cast in its name. From its desperate attempts to appease the electorate, the Narendra Modi-led government is betraying signs of apprehension regarding the upcoming general elections. One hopes that the people do not fall victim to such false promises all over again.

Sir — In an election year, the budget is expected to be ‘interim’. It is thus ironical that this year’s interim budget sounds rather like a full-fledged one. Earlier, it was the announcement of indirect taxes that added some relevance to an otherwise largely inconsequential presentation — the interim budget is implemented for only four months of the new fiscal year. Unfortunately, most such indirect taxes have been rendered obsolete by the GST that the present dispensation has declared. In their absence, the Centre has proceeded to outline policies that go beyond the usual practice of setting broad pointers for the incoming government.

The foray into direct taxation should have been avoided. The budget, at best, should have reduced tax incidence on the lower rungs of taxpayers rather than completely exempting a large chunk from the tax radar. This is misplaced populism. The saving grace is that it did not cut down tax on corporate entities. Fiscal discipline seems to have been adhered to, but it looks like it is based more on hope than on substance.

Sir — The recent budget is just an electoral gimmick on the part of the BJP before the 2019 elections. The people should recognize this. Narendra Modi has made many promises in the past but hardly fulfilled any in the last four-and-a-half years of his tenure — not even the promise of putting Rs 15 lakh in the bank account of every Indian citizen.

Sir — Australia’s Wheeler Centre must be commended for awarding the Victorian Prize for Literature to the book, No Friend But The Mountains, written by Behrouz Boochani. The Kurdish-Iranian journalist has been living in detention on Manus Island, an offshore processing facility for refugees seeking asylum in Australia, for over five years now. One hopes that this recognition will raise awareness about the plight of asylum-seekers and create international pressure to push for inclusive immigration policies as well as improvement of living conditions in refugee camps across the world.