How Gandhi shed his racist robe

While as a young man Gandhi may have been a racist, over time he overcame his racism comprehensively 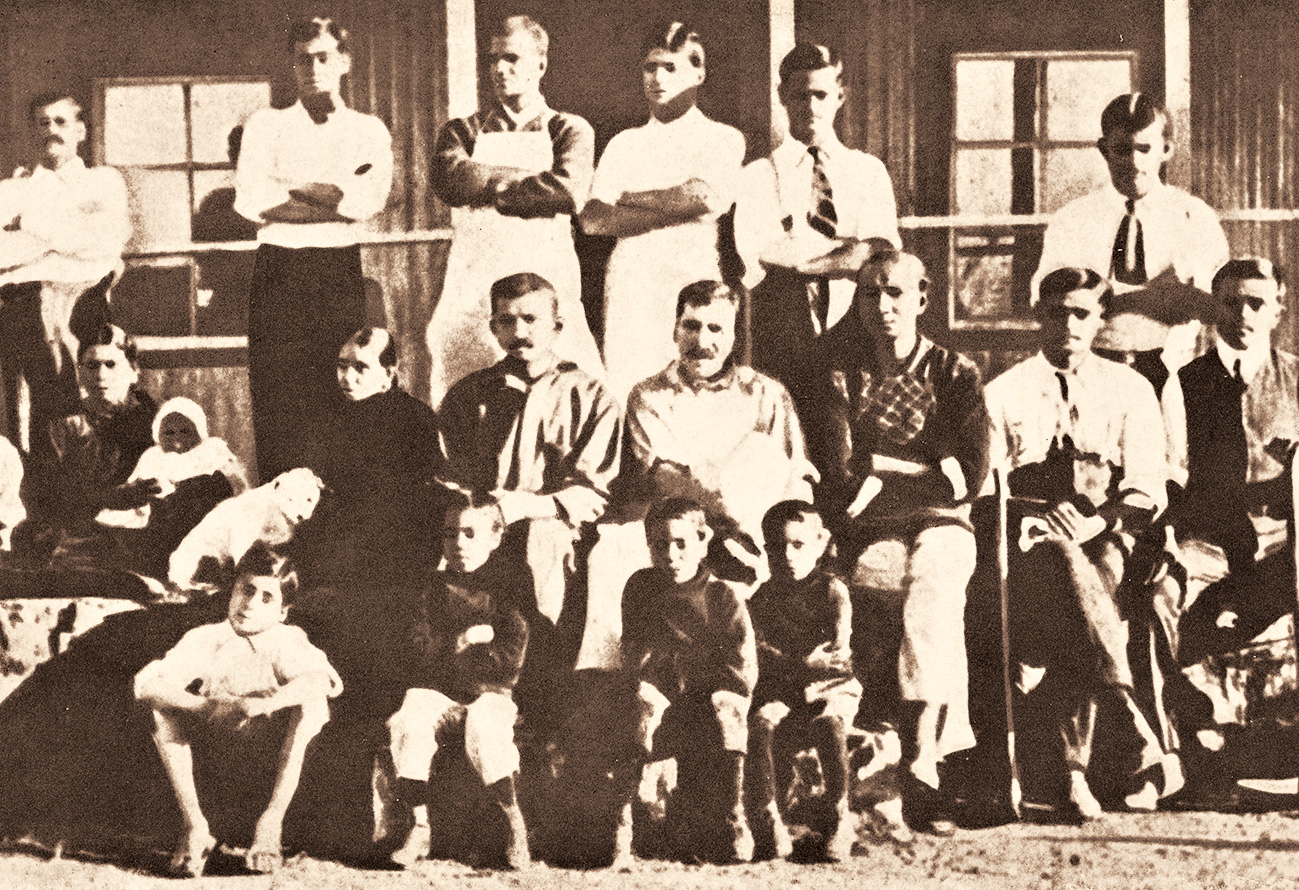 Was Mohandas K. Gandhi a racist? This question is being asked afresh in light of the removal of a Gandhi statue in Ghana. The petition that led to the statue being taken down quoted several statements made by Gandhi. Notably, however, they all date from his early years in South Africa. What Gandhi said or thought about Africa and Africans, race and racism, in his mature adulthood are ignored altogether.

In his twenties, Gandhi was unquestionably a racist. He believed in a hierarchy of civilizations, with Europeans at the top, Indians just below them, and Africans absolutely at the bottom. He spoke of the native inhabitants of Africa in patronizing and even pejorative language. However, by the time he was in his mid-thirties, Gandhi no longer spoke of Africans as inferior to Indians.

The evolution of Gandhi’s views find expression in a fascinating (and neglected) speech delivered by Gandhi at the Johannesburg YMCA in May 1908. He was participating in a debate on the topic: “Are Asiatics and the Coloured races a menace to the Empire?”

Gandhi may have been the only non-white present; he was certainly the only non-white speaker. Opposing the motion, he pointed out that the labour of Africans and Asians had made the Empire what it was. “Who can think of the British Empire without India?” he asked, adding: “South Africa would probably be a howling wilderness without the Africans.” He went on to insist that it was “the mission of the English race, even when there are subject races, to raise them to equality with themselves, to give them absolutely free institutions and make them absolutely free men”.

So by 1908, Gandhi was clear that Africans as well as Indians needed to be placed on an absolutely equal footing with Europeans. In another speech made in Germiston the next year, he said that if the Africans took to non-violent resistance against racial discrimination, “there would probably be no native question left to be solved”.

The longer Gandhi lived in Africa, the more he shed the racism of his boyhood and youth. In 1910 he remarked: “The negroes alone are the original inhabitants of this land... The whites, on the other hand, have occupied the land forcibly and appropriated it to themselves.” By now, Gandhi’s newspaper, Indian Opinion, was featuring reports on discrimination against Africans by the white regime. One such report dealt with an annual high school examination in Pretoria. In past years, African students were allowed to sit with their white peers. This time, the Town Hall — where the exams were held — barred them, passing a resolution that no African or any other person of colour would be allowed to enter the building. Gandhi thought this reason enough for non-violent protest. “In a country like this,” he remarked, “the Coloured people are placed in an extremely difficult position. We think there is no way out of this except satyagraha. Such instances of injustice are a natural consequence of the whites’ refusal to treat the Coloured people as their equals. It is in order to put an end to this state of affairs that we have been fighting in the Transvaal, and it is not surprising that the fight against a people with deep prejudice should take a long time.”

Gandhi returned to India in 1914. His views on race continued to evolve in a progressive direction. In his book Satyagraha in South Africa, published in the 1920s, Gandhi offered a spirited defence of African religion. In disputing the claims of European missionaries, Gandhi wrote that Africans had “a perfect grasp of the distinction between truth and falsehood”. He thought they practised truthfulness to a far greater extent than either Europeans or Indians.

Gandhi’s satyagrahas of the 1920s and 1930s were widely reported in the African-American press. Reading these reports, a resident of Chicago named Arthur Sewell wrote to Gandhi that the blacks were “keenly and sympathetically” following his movement. Sewell said his people deeply “sympathize[d] and suffer[ed]” with India and Indians, “for here, in America, they [the white racists] not only rob us of our possessions and hurdle us into the prisons unjustly, but they mob, lynch and burn us up with fire…” The struggle against British colonialism in India, thought Sewell, anticipated “the independence of all the dark peoples of the world”. “May God Bless you,” this African-American told Gandhi, “and enable you to carry on the great battle for righteous adjustment until you win a glorious victory for the common cause of the lowly; that is the prayer of fourteen millions of Negroes of America.”

Gandhi was in touch with leaders of the African National Congress, and with civil right activists from the United States of America. In 1936 Howard Thurman — a future mentor to Martin Luther King — came to Sevagram to meet Gandhi. Thurman wrote of how he had been subject to an intense examination by the Indian leader: “persistent, pragmatic, questions about American Negroes, about the course of slavery, and how we had survived it”. Gandhi was puzzled that, in order to escape or defy oppression, the slaves had not converted to Islam, since, as he put it, “the Moslem religion is the only religion in the world in which no lines are drawn from within the religious fellowship. Once you are in, you are all the way in.”

Thurman was impressed both by Gandhi’s curiosity and his range of interests. Gandhi, he recalled, “wanted to know about voting rights, lynching, discrimination, public school education, the churches and how they functioned. His questions covered the entire sweep of our experience in American society”.

Ten years later, a delegation of South African Indians called on Gandhi. He told them to reject a segregated approach to politics. They should, he said, “associate with Zulus and Bantus” too. The “slogan today”, remarked Gandhi, “is no longer merely ‘Asia for the Asiatics’ or ‘Africa for the Africans,’ but the unity of all the exploited races of the earth”.

In the last week of May 1946, Gandhi wrote that “the Indians in South Africa are bearing a heavy burden which they are well able to discharge. Satyagraha, the mightiest weapon in the world, was born and bred there. If they make effective use of it, it will be well with the sacred cause they are handling... The cause is the cause of the honour of India and through her of all the exploited coloured races of the earth, whether they are brown, yellow or black. It is worth all the suffering of which they are capable”.

Reading reports of the arrests of protesters in South Africa, Gandhi wrote an article for his newspaper entitled “White Man’s Burden”. The attacks on satyagrahis reminded him of the practice of lynching in the American South. The “real ‘white man’s burden’”, he said, “is not insolently to dominate coloured or black people under the guise of protection, it is to desist from the hypocrisy which is eating into them. It is time white men learnt to treat every human being as their equal.”

These words of Gandhi bear repeating: It is time white men learnt to treat every human being as their equal. Strikingly, however, the last quote in the recent petition in Ghana dates to 1906. The last four decades of Gandhi’s life are left out altogether. Was this out of ignorance or malevolence? One does not know. But the historical record is very clear on this subject. While as a young man Gandhi may have been a racist, over time he overcame his racism comprehensively. He befriended, and met on equal terms, men and women of all castes, classes, races, religions, and nationalities. He repeatedly argued that the political technique of non-violent resistance, or satyagraha, was necessary to overcome exploitation of all kinds suffered by all races. It was therefore with good reason that the greatest modern leaders of African descent, such as Martin Luther King and Nelson Mandela, saw Gandhi as a model and exemplar in their own struggles against racial discrimination.

The story of a lovingly planned Gandhi anthology