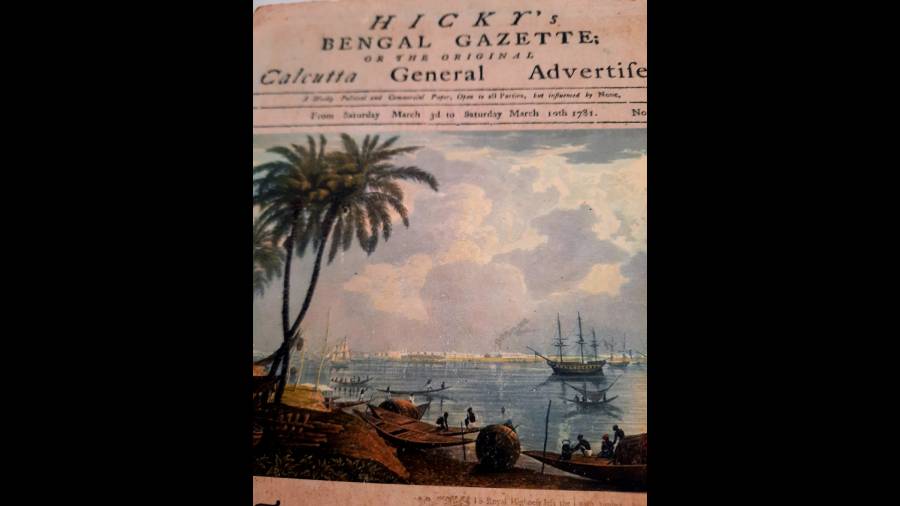 “To Print — or not to Print — that is the Question.” These opening words of The Printer’s Soliloqui by James Augustus Hicky hold a riveting tale. Tomorrow, January 29, is a significant milestone in the history of print journalism and the incessant struggle for the freedom of expression. For it was on this day in 1780 that Hicky, an eccentric Irishman, published Asia’s first newspaper, Hicky’s Bengal Gazette or The Original Calcutta General Advertifer.

Even 242 years later, Hicky’s intention to take on the establishment, the East India Company and Governor General Warren Hastings, holds relevance, the need perhaps heightened by time and circumstances. The English-language weekly newspaper, published from the capital of British India, was Hicky’s mode of hitting back at obstacles in his path, especially the vested interests of the government.

Although the newspaper barely had a lifespan of two years (the East India Company seized the types and printing press), it was priced at Re 1 (like the papers in England at the time) and enjoyed a circulation of over 400 copies. While it was branded as “sensational”, it not only targeted Hastings for corruption but also influential clergyman, Johann Zacharias Kiernander, who had acquired assets beyond his known sources of income. Displaying traits of Irish courage and humour, Hicky lampooned the powers that be. He labelled Hastings as “the grand Turk” in an article in the Gazette and coined equally colourful names for several others.

My fellow Fulbright alumnus, Andrew Otis, of the University of Maryland, United States of America, stumbled upon the memoirs of Hicky’s lawyer, William Hickey, at his university library in New York and followed it up with a research stint in Calcutta in 2013-14, spending hours in our high court unearthing nuggets about the newspaper and Hicky. It resulted in an engrossing book, Hicky’s Bengal Gazette: The Untold Story of India’s First Newspaper.

Speaking to me from Maryland this week, Otis said “probably the most interesting part” of his research was the time he spent in the chambers of Calcutta High Court. He discovered to his delight that no researcher had set foot there although a wealth of information is stored among the papers on court proceedings bound in files from Hicky’s time.

The high court has six separate archives and Otis faced an ordeal navigating his way through the hallowed portals even with valid clearance. “The documents I was looking for were in the Centennial building, an annex of the court. The process was extremely inefficient. Records were sometimes stored in folders between wood slats organized year by year. Every time I wanted to see some documents, they required a peon to open them for me, one at a time. There was no catalogue or index either. I had heard that sometimes election ballots were stored in the building but that didn’t seem to be the case when I was there. Other archives were generally easier to access. But for the life of me I couldn’t understand why bringing a laptop to take notes would cause so many problems or create so much paperwork,” he said.

In spite of these odds, Otis managed to delineate Hicky most convincingly with painstaking research. “Like no one in India before, Hicky began to believe his duty was to spotlight malfeasance, fraud and abuse of power,” he says of the feisty journalist of Calcutta’s Radhabazar. Broken by court battles and imprisonment, Hicky, who confronted both the State and the Church, died impoverished and ailing on a China-bound boat in October 1802. But he left a legacy that, Otis says, “was powerful enough to challenge an empire.”

The upheavals that Hicky staunchly countered in his campaigns against Hastings’ dictatorial attitude and alleged corruption of missionaries like Kiernander could be a powerful beacon of motivation for mediapersons today. But is the fourth estate ready?