Heavy Cloud: Editorial on consequences of the fringe taking over BJP's political centre 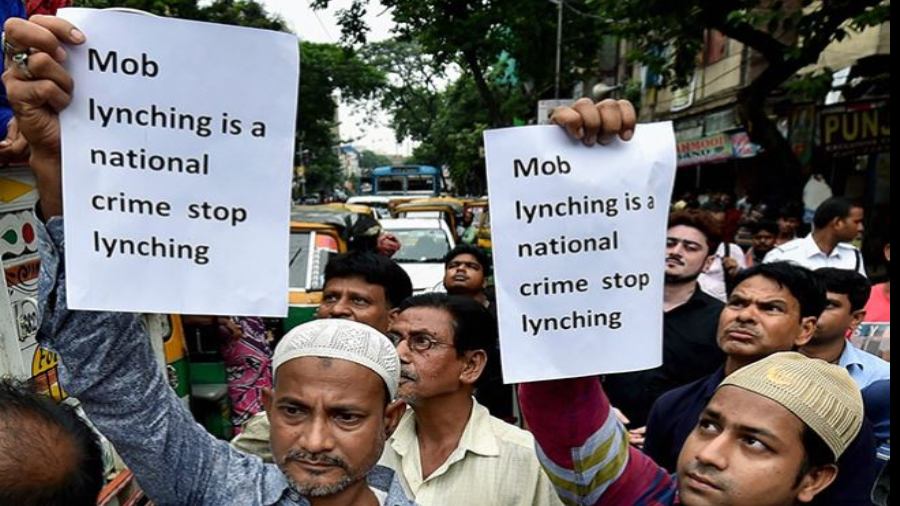 The Hindutva ecosystem has, thus far, fended off these allegations by raising the spectre of a phobia against Hindus
File Picture
The Editorial Board   |   Published 02.05.22, 04:03 AM

New Delhi’s response to charges of rising religious intolerance in the country has usually been a firm denial followed by a reminder of India’s pluralist tradition. But the international scrutiny persists — and for good reason. Among the several red flags raised by the European Union Special Representative for Human Rights with the Centre and the National Human Rights Commission was rising communal tension under the watch of the Narendra Modi government. This rap over the knuckles had been preceded by a report by a panel in the United States of America that has recommended to the Joe Biden administration that India, along with some other nations, be identified as ‘count[ries] of particular concern’ because of periodic glimpses of bigotry. India’s response notwithstanding, the body of evidence to the contrary is quite substantial. Members of the Akhil Bharatiya Vidyarthi Parishad have warned the vice-chancellor of the Banaras Hindu University not to attend an iftar; sangh parivar activists have demanded that the railways should move an entire rail station but not a temple, which is encroaching on a particular platform, exposing the hypocrisy of the Bharatiya Janata Party’s bulldozer drive against mostly Muslim properties in the name of anti-encroachment; these shameful incidents are accompanied by almost daily indignities and violence perpetrated on minorities, provocative conduct by religious processions taken out by self-appointed guardians of Hinduism, as well as the capitulation of institutions in the face of such intimidation.

The consequences of the fringe taking over the BJP’s political centre will be deleterious at a number of levels. India’s fragile social contract would implode; its seduction for the global market as a destination for business and investment would suffer; international condemnation would lead to diplomatic isolation that can, in turn, weaken New Delhi’s leverage in a world where geo-strategic imperatives are changing with lightning speed. The Hindutva ecosystem has, thus far, fended off these allegations by raising the spectre of a phobia against Hindus, a ploy commonly used by majoritarian regimes. But, as the crisis in Sri Lanka shows, this strategy has its limitations. A divided India would cause irreparable damage not only to the nation itself but also to the global project to sustain inclusive democracies. That would be an unmitigated disaster. The resistance to this growing threat must come from the vanguard of Indian democracy.