Train travel can be arduous in India, but passengers on some routes will be able to get foot and head massages for a fee 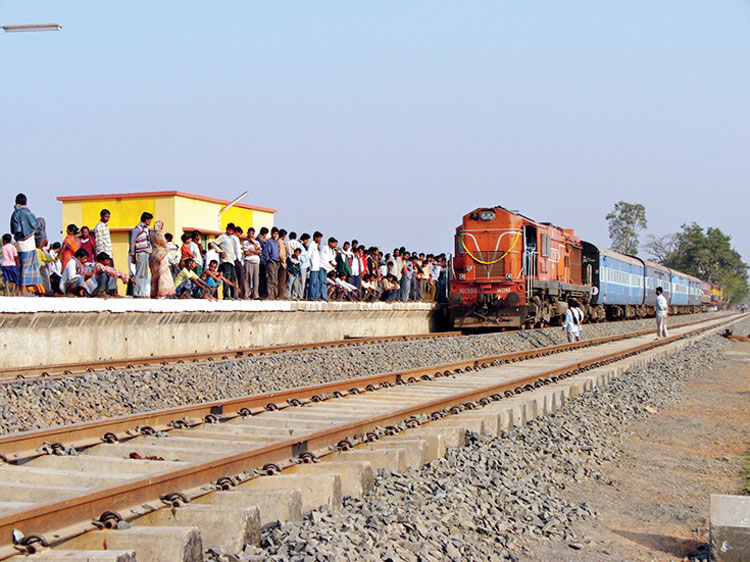 One way of forgetting — albeit briefly — about such dreary things as dirty toilets and linen would be the pleasure of having one’s feet massaged
The Telegraph file picture
The Telegraph   |   Published 14.06.19, 12:56 PM

Sir — Fancy spas have competition — the humble railway carriage. The Indian Railways has announced that passengers on certain train routes would get a foot rub or a head massage for a nominal fee. The idea is not without its merits. Train travel can be an arduous experience in India. The distances are long; the toilets and linen are often dirty; cockroaches share berths with passengers and the food, even on premier trains like the Rajdhani Express, can be unappetizing. One way of forgetting — albeit briefly — about such dreary things must be the pleasure of having one’s feet massaged.

Sir — Virat Kohli and his team deserve to be congratulated for their clinical performance that saw India beat Australia by 36 runs at The Oval (“Two out of two for Virat & Co.”, June 10). The Indian openers blunted the Australian pace attack. The innings then flourished with contributions from Kohli and Hardik Pandya. Shikhar Dhawan scored a century, that too with an injured finger. Once the batsmen put up 352 runs, the match was in India’s pocket. Glenn Maxwell threatened briefly, but Yuzvendra Chahal put an end to his knock. Jasprit Bumrah and Bhuvneshwar Kumar then polished off the Australian tail.

Kohli had to opt for the DRS to get rid of Steve Smith. Should not the International Cricket Council raise the standards of umpiring in such a premier tournament?

Sir — India dished out a superb, all-round display to upset the Australian juggernaut. The Indian batting and bowling clicked at the right time. However, the strike rate of spinners remains a concern. Teamwork and leadership fashioned the victory.

Sir — Politicians from Jharkhand as well as state government officials should be ashamed of the ‘starvation death’ in Latehar (“Ration tragedy blamed on Net”, June 8). It has become a habit on the part of authorities to blame such deaths on illness. During television debates before the Lok Sabha elections, members of the ruling party had arrogantly claimed that the government has provided LPG connections, built houses and constructed toilets for the benefit of the poor. But Ramcharan Munda, who allegedly died of hunger, lived in a hut. It appears that the claims of welfare made by officials are dubious. The government must formulate schemes to alleviate the economic conditions of the people living in remote areas without delay.

Sir — Internet glitches, unresponsive biometric machines, non-linking of Aadhaar with ration cards — one excuse after another has been cited to explain away allegations of hunger deaths in Jharkhand. Why should ration delivery systems rely on the internet when digital infrastructure remains wobbly? The death of Ramcharan Munda reminds us of the demise of Santoshi Kumari. The ration card of her family was cancelled because it had not been linked to the Aadhaar number.

It must also be asked whether technology and bureaucratic norms are more important than the lives of human beings. Or are they meant to serve the needy?

Sir — It is unfortunate to see that West Bengal, once the hub of history and culture, has fallen prey to lumpen elements belonging to political parties. It is evident that Mamata Banerjee has a temper. The easiest way to rile Didi these days is to raise the slogan, ‘Jai Shri Ram’, in her presence. Banerjee is falling into the trap laid down by the Bharatiya Janata Party by choosing to react in such a manner.

It appears that she is yet to come to terms with the results of the general elections. Having tasted power, she is finding it difficult to accept the BJP’s electoral ascendancy in Bengal.

The elections are over but Banerjee has chosen to adopt a confrontationist approach towards the Centre. She even refused to attend a meeting of the Niti Aayog. Such decisions will not benefit West Bengal in any way.

Law and order is a state subject. The chief minister must take the responsibility of restoring peace in Bengal. This can only happen if Banerjee takes strict action against lumpen elements irrespective of their political affiliations. One hopes that Bengal would not have to witness the lawlessness that had taken place when the TMC dislodged the Left in 2009.

Banerjee is a fighter. But political battles should be fought politically and not by violent means.

Sir — Counselling children in the early years of schooling could be akin to ‘immunization’ (“Hidden dots”, June 10). It would not only benefit children with special needs but also others confronting the harshness of the world. The editorial has rightly suggested that counselling should be accessible to all children.