India’s past is now threatened with fatal revisionism 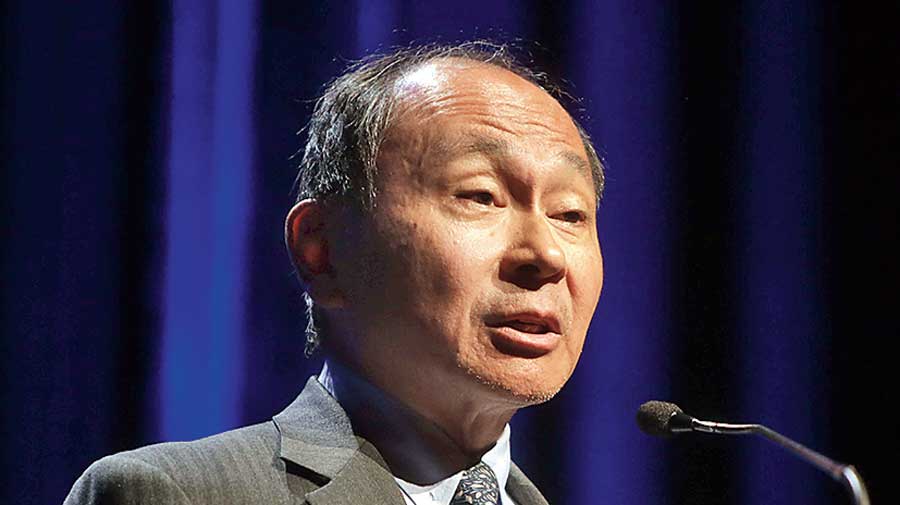 In 1992, a provocative thesis was put forward by the Japanese-American political scientist, Yoshihiro Francis Fukuyama. The book in which it was published had an enigmatic title: The End of History and the Last Man. It argued that having won the struggle for a liberal democratic State, humans may not want to go further. They may end up just producing banality rather than ideas to transform civilizations in the future. This was one part of Fukuyama’s argument. The other part was that atavistic tendencies may resurface and negate the gains made. The heroic struggles for claiming equality and freedom may no longer interest the world. The two together may make the 21st-century world come to the very end of a unidimensional progression of history. Fukuyama’s grand curiosity about the future of civilizations led him to speculate whether the progression from barbarism to liberal democracy leaves humans marooned in banality, instability, atavism and a modern-primitivism.

In the same year as Fukuyama’s phenomenal work was published in the United States of America, I was working on a book on literary history in India. My objective was to examine how India has conceptualized its history over the last two millennia. The material collected over a decade towards this book made it amply clear to me that in Indian intellectual traditions — Sanskrit, Tamil, Pali, Prakrit and modern Indian languages — there had not been any one way of recollecting the past, which is the appointed business of history. The diversity of perspectives was so striking that I felt compelled to title my work, Of Many Heroes. This I had partially drawn from the 10th-century theorist, Rajasekhara. He considered the Ramayana as a work with a single hero and the Mahabharata as the work with many heroes, a distinction that was used by him for classifying histories. Moreover, determining any single beginning for Indian civilization is too difficult a task. I had forgotten these intense debates within my mind about the exact origin. I was reminded of them recently when the Central government’s ministry of culture announced that a committee had been set up to reconstruct the history of India over the last twelve thousand years. The committee was appointed during the last tenure of the National Democratic Alliance government by the minister, Mahesh Sharma. Its details were presented in Parliament in response to a question this year. A sharp reaction to this disclosure came from the Janata Dal (Secular)’s H.D. Kumaraswamy and the Dravida Munnetra Kazhagam’s Kanimozhi Karunanidhi; but whatever criticism came in response was about the committee being entirely made up of men and mainly from the north. The basic premise leading to instituting the committee has, however, not received due attention.

The premise that leads to the formation of such a committee is at the heart of the Rashtriya Swayamsevak Sangh’s view of India as a nation, which holds the sanatan Vedic tradition of knowledge as non-negotiable. Every tradition of knowledge has some profound wisdom and tenable theories. But everything in a given knowledge tradition cannot be said to have eternal validity. Concepts and theories forming a knowledge tradition need to be modified, supplemented, and even discarded by future generations in the light of fresh evidence and new discoveries. But the advocates of sanatan knowledge do not like questions being asked of ancient Indian texts in the light of modern knowledge. They do not accept the fact that during medieval times, many significant saint-poets and thinkers had already gone past the Vedic texts and started modifying the ‘sacred knowledge’ by locating it within the human sphere, which the English language describes as ‘secular’. Such questioning is dismissed by equating it with ‘colonialism and Western’ and, therefore, a defilement of the ancient wisdom.

Since the Vedas were composed in an early variety of the Sanskrit language, this perspective tends to propose an ancestry for the Sanskrit language, which is difficult to sustain in the light of the known linguistic evidence. The source of the misconception is in one esoteric strand of 19th-century European Linguistics. Initially, Sir William Jones had put forward a hypothesis, going by the known similarities between some of the ancient languages, about their origin in a ‘proto’ Indo-European language. In Jones’s hypothesis, ‘Indo-Aryan’ was used as the name for a language precisely because he wanted to mark it out as distinct from the later day ‘classical’ Sanskrit. In an esoteric strand of 19th-century European Linguistics, the term, arya, was interpreted as the name-tag for a people, which it never was. That term, arya — ‘gentleman’ or a ‘respected man’ — used in Sanskrit was picked up as the slender thread by some Indian scholars inclined towards the Hindu-nation idea. Upon this coincidence was built the idea that Sanskrit-speaking ancient Indian people traversed the north and went up to Europe in some prehistoric times.

None of the studies based on the scientific study of ancient migrations, archaeology, ancient metallurgy, literary texts, comparative mythology and folklore provides grounds to validate this theory. However, in order to establish the prehistoric and widespread presence of the Sanskrit language, particularly during the third millennium before the Christian era, it becomes necessary to sort out the unresolved mysteries surrounding the Indus Valley civilization. Its advanced phase is dated with a fair degree of precision as belonging to the period 2600 BC to 1900 BC. And the date of the composition of the Vedas is widely accepted among serious scholars to be between 1400 BC and 900 BC. These dates established through elaborate research and a careful examination of evidence are not acceptable to Hindutva nationalists. There is a mythological genealogy, a long chain of names of mythical kings, given in the Mahabharata which the nationalist view of the past accepts as factual ‘history’. This leads them to hold that the imagined ‘history’ of the last 10 or more millennia is the factual history of India. Given the ideological moorings of the present government and how keen it is to translate its ideas of what India is as a nation, it would not be far off the mark to expect that the committee on Indian history has a predetermined mission at hand.

For several millennia, Indians have learnt to live with the idea that there is no single point of origin for the vast diversity of peoples in this subcontinent. We can conceptualize the history of the Indian peoples properly only if we accept the idea of many origins. Let us hope that the government committee on history and culture is not designed to merely endorse what the RSS projects as an incontrovertible historical truth. But if this turns out to be the case, the future of the history of India may, alas, prove Fukuyama’s atavism thesis right.

The author is a literary scholar and cultural activist ganesh_devy@yahoo.com