If such a model were implemented in India, the lower and middle classes would benefit considerably 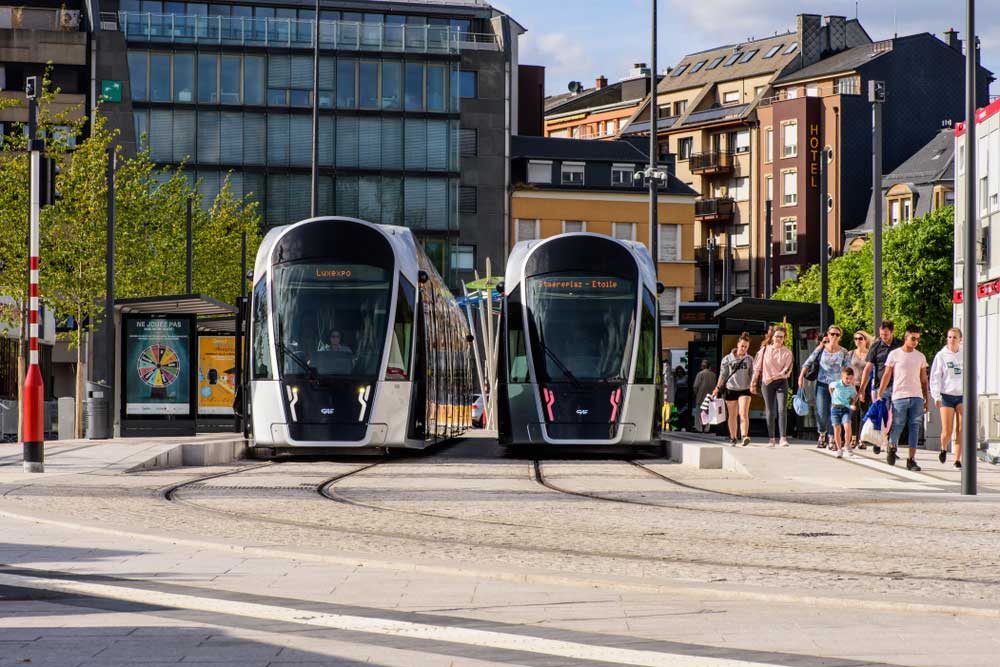 Sir — Luxembourg, a small European nation, recently became the first country to unveil a completely free public transport system. The move is estimated to affect 40 per cent of the households in the country, amounting to monthly savings of 100 euros for each. If such a model were implemented in India — notwithstanding its immense population — the lower and middle classes would benefit considerably. It could also help reduce the level of air pollution. Even if free public transport is untenable at the moment, a rigid fare ceilings should be made effective. That would alleviate the worries of commuters to some extent.

Sir — The recently re-elected chief minister of Delhi, Arvind Kejriwal, has given his approval to the Delhi police to prosecute the political leader, Kanhaiya Kumar, on charges of sedition for allegedly having chanted anti-national slogans on the campus of Jawaharlal Nehru University in 2016 when he was a student at the institution (“Kejriwal nod for Kanhaiya trial”, Feb 29). Raghav Chadha, an Aam Aadmi Party spokesperson, has said that the Delhi government will not intervene in this case as a matter of policy.

The distance that Kejriwal’s government is trying to maintain from this case is not surprising. While Kejriwal has taken several administrative measures that have benefited the people of Delhi, he has not engaged with any of the burning issues of late. Even when it came to the protests held by women at Shaheen Bagh, Kejriwal did not come out in their support. At the time of the more recent carnage in Delhi, Kejriwal seemed more keen on praying at Rajghat rather than condemning the violence vociferously and actively pushing for the punishment of the culprits. Now he is trying to remove himself from Kanhaiya Kumar’s case, knowing fully well that how the Centre has been misusing the sedition law.

All such action — rather the lack of it — appears designed to ensure that Kejriwal does not lose his vote banks. It seems that he has acquired many qualities as a politician over the last few years — one of these being diplomacy at the time of crisis. Perhaps the people of Delhi do not have an better candidate to vote for at the moment. But they should surely see through his tactics.

Sir — In February 2016, when the allegations against Kanhaiya Kumar were first brought up, Arvind Kejriwal had tweeted that targeting “innocent students” using anti-nationalism as an excuse would prove costly for the Narendra Modi-led government. The very next month, he praised one of Kumar’s speeches publicly. Kumar’s chants of “azadi” is once again fuelling public protests, this time the movement against the implementation of the National Register of Citizens, the Citizenship (Amendment) Act and the National Population Register. This has clearly emerged as a thorn in the side of Narendra Modi and his government. But this time Kejriwal’s tone seems to have changed.

Kejriwal’s decision to allow the prosecution of Kumar comes soon after his meeting with the home minister, Amit Shah, regarding the eruption of violence in Delhi. By taking a stand against Kumar, Kejriwal has lost the respect of the common man whom he claims to represent. But Kumar’s case is not an exception. Kejriwal had earlier supported the Centre on the abrogation of Article 370 in Kashmir. Recently, he also said that had he been in control of the police in Delhi, he would have had Shaheen Bagh vacated within two hours. Kejriwal also refrained from speaking up for the students of Jamia Millia Islamia when they were brutally attacked by the police.

Such tepid responses indicate that Kejriwal has taken advantage of Anna Hazare, with whose support he built his political career, for his personal gain. He has also disappointed those who voted him to power because they thought that he was different from the Bharatiya Janata Party leaders. But perhaps the difference between the two is little. One hopes that the courts take note of why it took the Delhi government over three years to give its assent to Kumar’s trial. If no reason is found, action should be also be taken against the chief minister.

Sir — A pool car plying illegally, without fitness certificate, for the past two years recently fell into a ditch in Howrah while ferrying 15 children (“Pool car ‘without fitness certificate’”, Feb 15). Such accidents have become frequent in the state, whether because of illegal operators or rash driving. Although the administration wakes up with alacrity when these incidents come to light, it falls back to sleep soon after.

In the age of information and technology, it should not be too difficult for the transport department and lawkeepers to identify in advance the vehicles operating illegally. It must also be made mandatory for pool car operators to display the fitness certificate on the vehicle itself, with the date of issuance clearly visible. The administration must strictly ensure that delinquents are brought to book. The slogan of ‘Save Drive, Save Life’ would be rendered hollow without this.

Sir — It is heartening that West Bengal government has swung into action after the accident in Hooghly. It is constituting a task force to monitor the regulatory measures followed by vehicles. The unregulated ferrying of students has become a major worry, especially for the guardians of the children who use them. The task force should keep tabs on such errant vehicles and also ensure that they keep a fire extinguisher, a first-aid-box and a list of students they ferry along with the contact numbers of the guardians as per the guidelines of the Supreme Court.