Flow with the times: The Farakka water treaty

For Bangladesh and India, the imminent expiry of the deal presents opportunities for exploring the appropriate mechanisms for governing flows in river basins 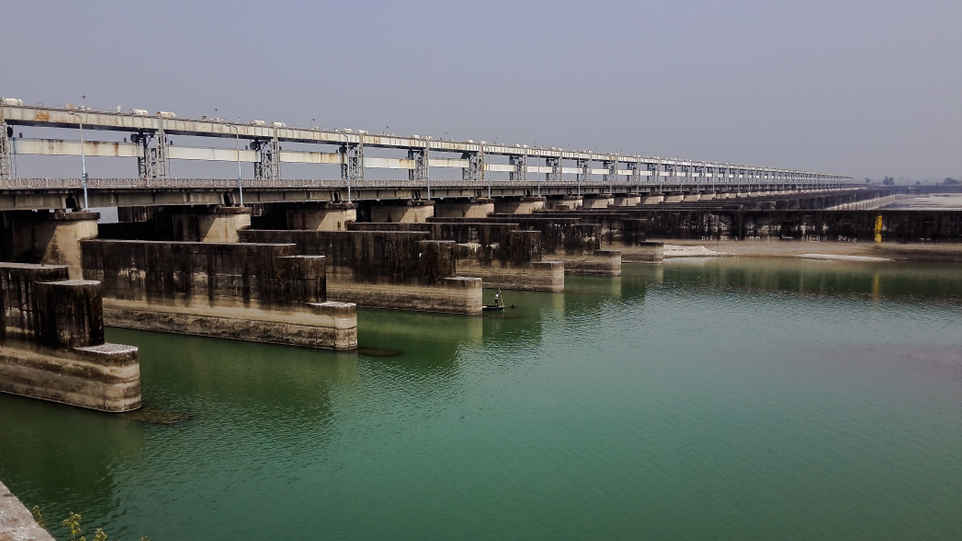 Five-sixth of the time has elapsed for the treaty between Bangladesh and India on sharing of the waters of the Ganges at Farakka. It will expire on December 12, 2026. The treaty was necessitated by the commissioning of the Farakka barrage in 1975 to divert water from the Ganges to the moribund Hooghly, ostensibly to maintain the navigability of the Calcutta port. Bangladesh and India have had differences over the entitlement to water flows ever since.

In 1996, the treaty on the sharing of the Ganges waters at Farakka was intended to end the differences between Bangladesh and India. Its principal objective was to determine the amount of water to be released by India. The earlier agreement of 1977 for five years was not significantly different, except for the formula of water-sharing that replaced the absolute flow figures over 10n-day periods between January 1 and May 31 every year. Additionally, the treaty guarantees 35,000 cusecs of water in alternate three 10-day periods to Bangladesh and India during the period of March 11 through to May 10.

Interestingly, when the first arrangement was signed on November 5, 1977, the leadership in both the countries was relatively new. The Indian prime minister, Morarji Desai, had been sworn in on March 24, 1977, while Major-General Ziaur Rahman assumed  the Bangladesh presidency a month later. At the time of the signing of the second arrangement on December 12, 1996, the two prime ministers, Sheikh Hasina and H.D. Deve Gowda, had been in office for only six months. Is it a coincidence that unstable governments under tentative leaderships can pull off crucial bilateral arrangements? Or is it that well-meaning, astute diplomats can get their way before political leadership are well-entrenched?

Political leadership in the two countries is currently well-entrenched. Will the treaty be renewed by mutual consent, or can we expect an improvement over the current arrangement that is in tune with the advancement in water governance and one that factors in the rapid environmental changes underway? The prevailing political situation may or may not persist over the next five years, but it is time to start thinking of an arrangement beyond 2026. The current arrangement must be allowed to expire. Its imminent expiry presents opportunities for exploring the appropriate mechanisms for governing flows in river basins.

There are studies that show that post-treaty (1997-2016), Bangladesh did not receive its guaranteed share during critical dry periods about 65 per cent of the time. In any case, the distribution of waters based on volumetric allocation misses the multidimensionality of flow. In the reductionist perspective, the flow is quantified as the volume of water passing by a specific point per unit of time along that course, Farakka in this case. This approach jeopardizes the ecosystem services offered by the flows in the Ganges.

The ecosystem services offered by the flows in the Ganges can be secured if the complexity of river flows is understood as the intricate dynamics of water, energy, biodiversity and sediments, very elegantly described by Professor Jayanta Bandyopadhyay as WEBS. “The synergy of water, energy and sediments are basic and closely related identities of flows and changes in the status of one directly impact on the other two. Their systemic link supports the diverse habitats in the basin and related biodiversity.”

Given that biodiversity is a function of flows in rivers, it should form a crucial element for their governance. More so since the two countries are joint custodians of the largest delta in the world. The delta is densely populated but unique owing to its biodiversity and adversely impacted by global climate change.

To sustain the various habitats for biodiversity that provide sustenance to a multitude, Bangladesh and India must make an effort to understand what flows are, what they have been doing over the geological past and what is likely in the rapidly changing world, and reflect that understanding in the future arrangement between the two countries.

Bangladesh and India should start exploring a basin-wide agreement to secure the Sunderbans and everything else upstream rather than concluding water-sharing treaties/agreements for all common rivers in line with the Article – IX of the extant treaty. This will be more efficient in terms of time, ecologically sound, and allow participation of all Indian riparian states.