The courage of little magazines 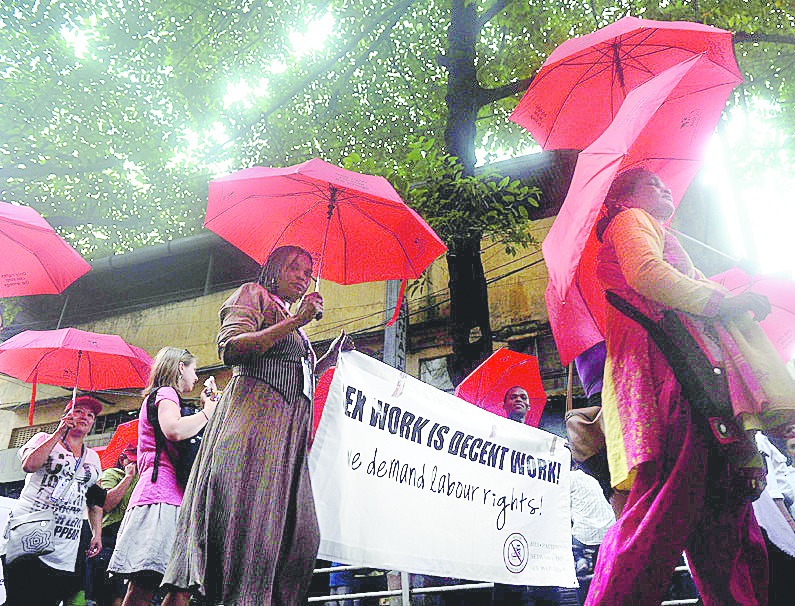 A session on the Emergency at the Tata Steel Kolkata Literary Meet reminded me that one of its less known but nonetheless repugnant outcomes didn't surface until afterwards when records and reputations were being refurbished. Since the major dailies provided the news and shaped opinion in that pre-television age, the lopsided picture that emerged glorified their role while ignoring the bravery of a host of little magazines. This article seeks belatedly to recognize the part played by journals like Freedom First, Himmat, Bhumiputra, Opinion, Janata, Seminar, Sadhana and Aneek. I must apologize if I have left out some publications.

Many of them tried to act on the advice that V.M. Tarkunde, the former Bombay High Court judge, who was called "Father of the Civil Liberties movement", gave editors a few days after Indira Gandhi's proclamation: they could criticize the Emergency and suspension of fundamental rights without violating what was then the law of the land. Since the Censorship Order had been issued under Rule 48 of the Defence of India Rules, it could not exceed the scope of the parent law under which the only valid grounds for control were "securing the defence of India and civil defence, the public safety, the maintenance of public order or the efficient conduct of military operations". Tarkunde explained "public order is not disturbed except by public disorder". Just as detention wasn't justified even under the Maintenance of Internal Security Act, so also, censorship could "not operate outside the legal limitations of its sphere".

Minoo Masani was the first to challenge censorship on behalf of Freedom First, the monthly he edited. Striking down the censor's orders, the Bombay High Court announced that "the press is not only an instrument of disseminating information but is also a powerful medium of moulding public opinion ..." The bench held that "true democracy can only thrive in a free clearing house of competing ideologies and philosophies - political, economic and social - and in this the Press has an important role to play. The day this clearing house closes down would toll the death-knell of democracy. It is not the function of the censor... to make all newspapers and periodicals trim their sails to one wind or to tow along in a single file or to speak in chorus with one voice. It is not for him to exercise his statutory powers to force public opinion in a single mould or to turn the Press into an instrument for brainwashing the public".

Although the Censorship Order was tightened in August 1975, censorship remained legally permissible only when the writing incited violence. As interference increased, Rajmohan Gandhi's weekly, Himmat, on which a specific pre-censorship order had been clamped, was not allowed to report the Opposition boycotting the debate on the Constitution (42nd amendment) bill. Burdened with a security deposit, Gandhi moved from one printing press to another to keep Himmat going. The Gujarati periodical, Bhumiputra, was reprimanded for publishing excerpts from M.C. Chagla's speech at a civil liberties conference. When the Gujarat High Court's H.H. Sheth stayed the order, the editor, Chunibhai Vaidya, was arrested and Bhumiputra ordered to deposit Rs 25,000 within 15 days. This order too was stayed, whereupon the authorities sealed the press. Meanwhile, circulation had shot up from 6,000 to 17,000 and a public appeal raised Rs 21,000 in 10 days. A new printing machine bought with the money was also sealed, all copies of Bhumiputra were seized, and Baroda's printers were forbidden to print it. A by-product of this drama was that the machines at Mahatma Gandhi's Navjivan Press, which had published Sheth's judgment as a booklet, were confiscated. Sheth was transferred to Andhra Pradesh.

A.D. Gorwala, a former Indian Civil Service officer, was forced to close down Opinion after a series of punitive orders and financial demands followed each other in quick succession. G.B.S. Chaudhuri, who published Janata, an English weekly edited by the Socialist Party chairman and former parliamentarian, N.G. Goray, was arrested. Romesh Thapar suspended Seminar rather than "surrender the integrity and right of free expression". Yadunath Thatte, editor of Sadhana, a Marathi weekly in Pune, petitioned the Bombay High Court after 11 issues were proscribed, a security deposit demanded, and the printing press ordered to close. Having read 45 Sadhana articles, V.D. Tulzapurkar of the Bombay bench struck down the Maharashtra government's orders as "glaring instances of one of the grossest abuses of power". Setting aside all prohibitory orders, Tulzapurkar ruled that the Emergency forbade criticizing the government but not criticizing the ministers and officers who ran things. They could not be equated with the government. The Supreme Court stayed his judgment.

Among the smaller language publications also targeted was the Bengali Aneek, whose editor, Dipankar Chakrabarti, and his colleague, Sukanta Raha, were arrested under the Defence of India Rules. An additional sessions judge refused bail on the grounds that their editorial, "India's annexation of Sikkim", was "calculated to prejudice the minds of the people against the territorial integrity of the Union of India." Other minor publications were first subjected to censorship and then asked for security deposits they could not afford. If the money was somehow raised or if the editors remained recalcitrant, the press where the journal was printed was subjected to intense pressure.

The official guidelines went far beyond Tarkunde's interpretation. So did daily briefings, ad hoc instructions and complicit media managements. My editor gave me a copy of the guidelines and warned that disobedience would mean the censor telephoning him in the evening when he was at a party and didn't want to be disturbed. A call from South Block sufficed for him to stop me covering the 1976 non-aligned nations summit conference in Colombo. We were ordered not to breathe a word about "a film actress, Nargis, being arrested in London for shoplifting" or Israeli commandos rescuing 100 hostages from Palestinian guerrillas. The decision by Begum Wilayat Mahal, a great granddaughter of Wajid Ali Shah of Oudh, to camp at New Delhi railway station had to be kept secret. Some orders were "more sinister than ridiculous," said Soli Sorabjee, listing the ban on reporting transfers of high court judges, "publishing judgments against the censor" and on news about certain state governments opposing constitutional amendments. The Ahmedabad censor wouldn't allow pictures of Morarji Desai on his birthday. His Calcutta colleague urged me - nicely - not to call a Bihar legislator a "Chamar leader" even though the man gloried in the description and dreamt of ousting Jagjivan Ram. He also complained that the chief censor in Delhi said one thing to me and another to him.

I thought then that the leading dailies had too much to lose to follow Tarkunde's advice. Some needed official advertisements. Some proprietors wanted coal and railway wagons for their other businesses. Every owner sought licences and permits. Many obeyed because that was their culture. Many played political games. One owner became chairman of a rival group. Another sacked a prominent editor. Even junior sub-editors and film critics flattered their way into important editorships. There was little trace of the trepidation with which Ian Stephens, editor of The Statesman in the 1940s, viewed viceregal invitations because he feared cozying up to authority would jeopardize his independence. Many Indian editors and proprietors enjoyed strong social bonds with people in authority.

Not having a stake in the establishment didn't altogether save little magazines. But it did allow some of them to put up a spirited fight in what Ronald Reagan called the "friction of freedom" before V.C. Shukla or regional satraps who used the Emergency to settle personal scores silenced the small voice of dissent. The long-term message for publications, big and small, was that the safety of the press lies not in the fashionable but potentially destructive theory of a permanent adversary, but, as Stephens believed, in distance from centres of power. However, that would erode the raison d'être of many of today's media personnel.