It is not a solution; it is only an instrument to consolidate Assamese cultural essentialism 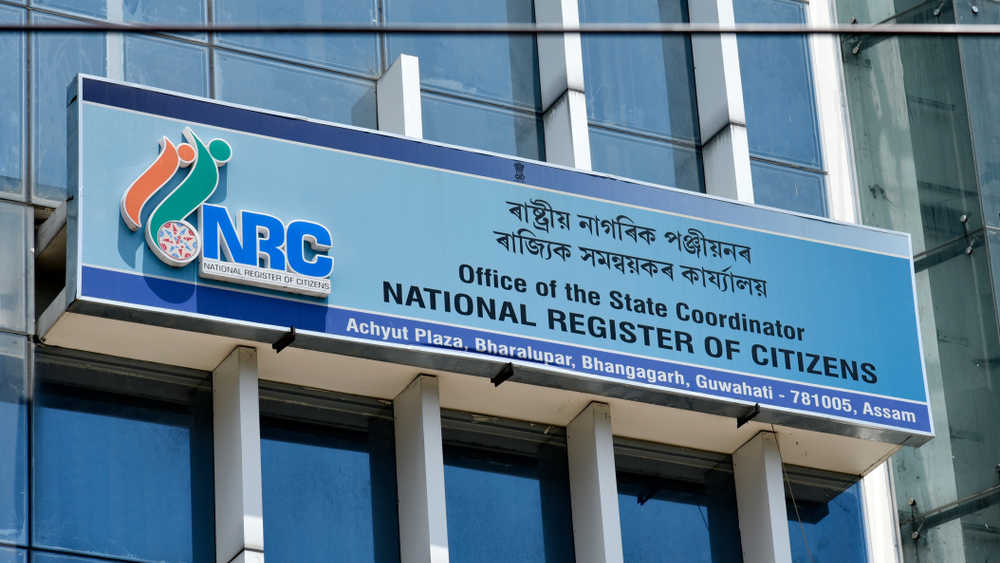 The elite among Assamese Muslims also supported the NRC process in this hope, as did a number of ‘miya’ poets.
Shutterstock
Suraj Gogoi   |   Published 30.11.20, 12:05 AM

Many liberals and self-proclaimed Marxists in Assam held the firm belief — they still do — that the National Register of Citizens will eradicate the gaze of suspicion on ‘illegal’ people. This belief is nothing but an instance of false consciousness, a story manufactured by the caste Assamese middle class and the Assamese nationalist to invoke a spirit of acceptability among people towards the NRC. A bureaucratic exercise cannot be a solution to social malice.

The elite among Assamese Muslims also supported the NRC process in this hope, as did a number of ‘miya’ poets. But by the time the NRC list was published last year, Assamese civil society bodies started expressing their dissatisfaction with the 1.9 million people who were left out of the register. The figure was too less for them.

The NRC is far from over. The stories of hope that were sold are fading with every passing day. The anti-foreigner rhetoric has resurfaced, once again. It has been given a new lease of life and has indoctrinated a new group of youngsters into the fold of Assamese nationalism. This has resulted in a toxic mix of jingoism and hatred towards those perceived to be outsiders.

The recent debate that emanated from the public rejection of the idea of a char-chapori museum by Assam’s health minister, Himanta Biswa Sarma, is a case in point. The proposal for a museum, which would reflect the culture and heritage of the people living in Assam’s char-chaporis, had come from the Departmentally Related Standing Committee on Education of the Assam government. The committee had proposed this idea along with another museum for the Gorkha community. The proposal was presented to the legislative house in March; 10 of the 15 committee members who gave those recommendations are from the ruling party in Assam.

Char-chaporis are heterogeneous, non-colonizing spaces that are not inhabited by Bengali Muslims only. The health minister’s resistance reflects not only the sensibilities of the Assamese but also the condition of minorities in Assam. It is evident that Assamese society suffers from ‘sociocentrism’, a condition in which the identity of a pluralist society is articulated through a dominant member of the group. For the caste Assamese, it is unimaginable that artefacts associated with the Bengali Muslim community can be a part of the Srimanta Sankardev Kalakshetra in Guwahati. Sarma’s remark also embodies a mindset that perceives the Bengali Muslim to be a polluting element degrading Assam’s culture. Hence the need for segregation and the rejection of the idea of a shared space. The rejection reveals the extent of alienation and dehumanization of minorities, especially miyas.

The elements that are integral to the iconography of the miyas being circulated on the social media — a torn lungi, barbed wire, muri, ittar — portray what the French writer, Albert Memmi, calls ‘heterophobia’: the fear of difference, both real and imaginary. There is proof of such fear lingering in Assam. The health minister reportedly blamed the ‘invasion’ of Covid into Assam on Muslims. The chief minister is reported to have noted in a public rally in Bodoland that the ‘Mughal’ assault on Assam continues, and that if we don’t become conscious of it, Assam’s mother tongue will become Arabic. These comments come in the backdrop of the Assam government discontinuing the funding for madrasas in the name of modernizing education. This kind of vilification has coincided with the rise of right-wing politics in Assam. But this should not take away from the fact that antipathy towards minorities has been organic to Assam’s culture.

The NRC is not a solution. It is only an instrument to consolidate Assamese cultural essentialism.