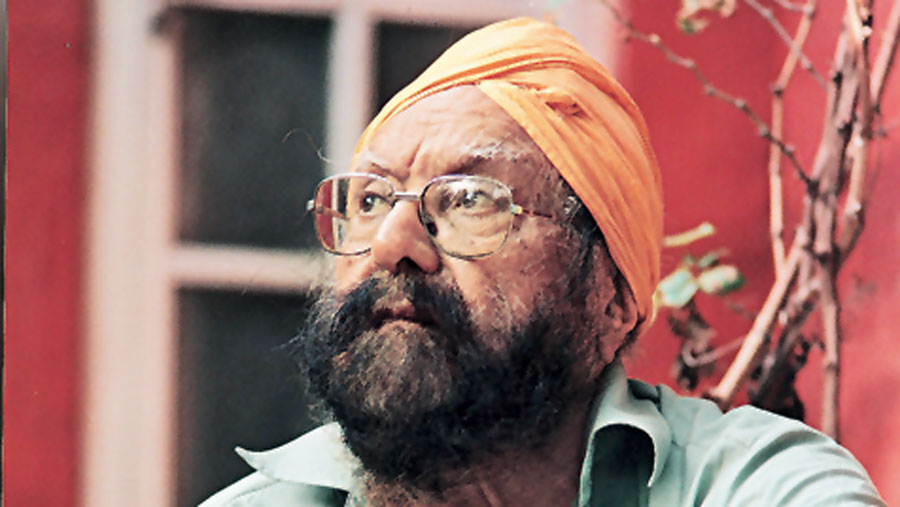 The legacy of Khushwant Singh, who always wished for warm relations between India and Pakistan, is being kept alive by his journalist son, Rahul, through the recently concluded Khushwant Singh Lit Fest, London — this year’s theme was “No man is an island”. The opening session was introduced by the Pakistani historian, Fakir S. Aijazuddin. He observed that having a virtual literary festival had distinct advantages: “We can share the joy of being able to interact like this unfettered by borders, visas or itchy censors.”

In another session, Victoria Schofield explained that The Fragrance of Tears: My Friendship with Benazir Bhutto was not a conventional biography of Pakistan’s assassinated prime minister, but a very personal account of their 33-year-long friendship going back to when they first met as undergraduates at Lady Margaret Hall, Oxford.

Schofield told the tale of being deported from Pakistan to India by Gen Zia-ul-Haq’s regime in 1979: “I sometimes do get accused of being a bit pro-Pakistan. I am very pro-Pakistan. I’m also very pro-South Asian, and very pro-India. Soon afterwards, I was due to have an interview with Indira Gandhi. And I was terrified the interview will be cancelled. The first thing she said to me was, ‘So they did not allow you into Pakistan.’ And I said, ‘No, Prime Minister, I’m afraid not.’ She said, ‘Never mind. You’re welcome here in India.’”

One of the best lines in The Overseas Student, Tanika Gupta’s play on M.K. Gandhi’s youthful years in London, which is now playing at the Lyric Hammersmith, comes when he is told by a steward to move from the deck reserved for Europeans during the sea voyage to England. Gandhi, then 18, reflects: “The English are so exquisitely polite. No shouting or cursing — simply a civil tone and firm kindness. It is a joy to be reprimanded by them.” Gandhi remains firmly in fashion. Ramesh Sharma’s 92-minute documentary, Ahimsa — Gandhi: The Power of the Powerless, which has been shown at the London Indian Film Festival, deserves wider circulation. Sharma tells me: “For me this has been a work of passion, as I truly believe that ahimsa is the only tool which can redeem humanity.” What impressed me was the extent to which Gandhi anticipated today’s “Black Lives Matter” movement decades before the campaign was conceived.

Sharma interviewed several prominent African Americans in the course of three trips to the United States. Among them was the Democratic Congressman and civil rights activist, John Lewis, before his death at 80 years of age, in July last year.

Lewis is quoted as saying: “I said to President Barack Obama on one occasion. I said, ‘Mr President, if it hadn’t been for Gandhi and Martin Luther King Jr. you wouldn’t be President of the United States of America.’” Martin Luther King Jr’s eldest son, Martin Luther King III, 63, a human rights activist, reveals Gandhi’s influence on his father: “He used to say that ‘I got my inspiration from Christ but my technique from Gandhi’.”

The Daily Mail devoted acres of space to the former health secretary, Matt Hancock, apparently leaving his wife for his former special adviser. Now, the marriage of a second senior minister in Boris Johnson’s government has collapsed. Michael Gove announced that his 20-year marriage was over, but it was an “entirely amicable” split and “no one else [was] involved”.

The end of Gove’s marriage was the front-page lead in The Daily Telegraph but only briefly mentioned on page 22 of the The Daily Mail. The satirical magazine, Private Eye, will no doubt remind readers that Gove is married to the Mail’s high-profile columnist, Sarah Vine, who usually delights in writing at length about the breakdown in other people’s relationships.

I woke up at 5 am to make the 8 am opening of the Hampton Court Palace Garden Festival. It is run by the Royal Horticultural Society, which is encouraging greater cultural diversity and more Indians to take up gardening, considered good for mental health and apparently better than exercise. Perhaps I am stereotyping, but you can often guess which house is Indian-owned: either the front garden is unkempt or concreted over to allow for off-street parking for his-hers cars. His is invariably the bigger model.

Shakespeare’s Globe recently staged Romeo & Juliet. But Shakespeare’s tragic story of young love is reinterpreted as a grim morality tale to warn society that “suicide is the leading cause of death among all people under 35”. These days colour blind casting is common in London; in this case, both Romeo (Alfred Enoch) and Juliet (Rebekah Murrell) — she shoots herself with a pistol after Romeo dies writhing in agony after swallowing poison — are people of colour. Even the “groundlings” with the most affordable open-air tickets happily sat through the downpour.

Rishi Sunak posted a photograph of himself with Nova, the family’s new Labrador retriever, which his daughters had desperately wanted. Nova made her debut on Instagram, posed perfectly on the chancellor’s lap, an indication of good training even this early on. The post has racked up 25,000 likes and counting. British media claim that this means that Dilyn, the Jack Russell rescued by his next-door neighbours, Boris and Carrie Johnson, is “no longer top dog”.