Advertisement
Home / Opinion / Equality does not lie in uniformity

Equality does not lie in uniformity

Just as conformity is necessary to maintain law and order in society, in school it is needed to discipline the hundreds of students who enter its gates every day 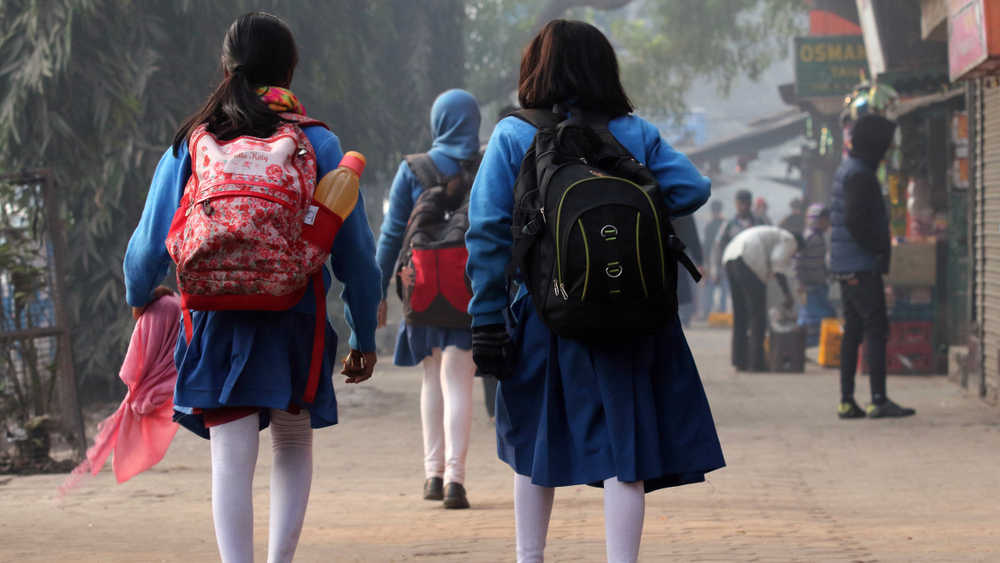 A school presents a myriad opportunities to observe human behaviour. And if we have been around long enough, it also affords us time to understand the outcome of the education we impart.

Human nature in all its manifestations — raw ambition, deep disappointment, the joy (and sometimes, the smugness) of achievement, the humiliation of defeat and the triumph of victory — can be seen in the children in our care. These children also display an impressive array of talents which we try to enhance. But the broader question of whether our school system is producing the same kind of minds without giving enough scope to children to develop individuality or originality has been raised powerfully by thinkers like the late Ken Robinson. It is imperative that we in India pay more attention to this aspect of schooling, especially in view of the current attempt to make our country ‘uniform’.

The growing obsession in India with wanting to be ‘one nation’ has many implications. If we are ‘one country’, we must have one election, one tax, one religion, one language and so on. This trend set me thinking about ‘uniformity’ and ‘conformity’ in school apart from the tired ‘one-size-fits-all’ testing system which needs a drastic overhaul anyway. Uniformity in everything produces a sameness which is boring, and soul-killing when overdone. Beyond a point, the compulsion to conform cripples one’s individual freedom. Everybody appreciates the need for both uniformity and conformity in order to maintain some standard of equality in a democratic setting and a reasonable level of discipline and order in civilized society. The trouble starts when there is too much regimentation and one’s personal freedom is irrationally impinged upon, especially when the authorities insist that only a specific culture or a particular way of thinking is acceptable. These prescriptions stifle the atmosphere and soon free expression, creativity, innovation and bold experimentation become casualties.

Just as conformity is necessary to maintain law and order in society, in school it is needed to discipline the hundreds of students who enter its gates every day. Without discipline, the teaching-learning process itself cannot be put in motion. But students are required to conform in many ways. They must be in school uniform within the school premises, follow certain norms of the institution and observe the rules and regulations that are laid down. Unsurprisingly, obedience in students is highly valued by most teachers and unfortunately, many want them to be passive in the classroom and preferably not ask too many questions. Thus, the teacher’s life is made easier and it is these ‘quiet and obedient’ students who are usually rewarded with good conduct prizes. The ‘non-conformists’ are the ones who are labelled ‘troublemakers’ and  often punished for daring to step out of line.

The school uniform, a universal feature in Indian schools, is a symbol of both uniformity and conformity, among other things. For generations, schoolchildren have been made to write essays on the benefits of having a uniform. The essays point out that a uniform brings about equality among school students. It is undeniable that a sense of equality is especially important in a mixed student population comprising different socio-economic backgrounds. A practical benefit that is usually mentioned is the time saved every morning on choosing one’s outfit. Interestingly, both students and teachers maintain that there is a marked improvement in discipline when students are in uniform.

Then there is the pride factor. Many children profess that they feel especially proud of their school uniform when representing their school outside. “It also makes us feel that we are one,” they proclaim. This reminds me of a curious experience that I had as a visitor in an upmarket school in Pennsylvania in the United States of America. As I entered the classroom, my eyes fell on a particular boy who was wearing a football outfit. The other students were all in everyday clothes. I was told later that membership of the football team that the boy represented was greatly coveted in their school. To my astonishment, the teacher who came in to take the class immediately pulled up the boy for ‘showing off’. She explained to me that students were not permitted to flaunt any particular uniform and the boy in question should have changed into everyday clothes before entering class. The principle, I realized, was uniformity. But the human urge to ‘stand out’ is universal and understandable. Yet, nobody wants to stick out like a sore thumb either, as the attention one seeks must be ego-enhancing and pleasurable in nature.

However, uniformity does not necessarily signify equality. Indeed, the school uniform has many uses but it does not automatically place all children on an equal footing. It is the school’s attitude that matters. But although we want equal opportunities and uniform rules for all, we certainly do not want to educate children to become clones of one another. Therefore, I feel disappointed that even though we display great pride in our diversity as Indians, we don’t behave in an inclusive manner. We stereotype different communities and keep running them down except with a few friends who are outside our circles. It is a matter of pride that in these days of divisiveness, most schools in Calcutta open their doors to all children, irrespective of religion or community.

While in the throes of the pandemic, we are poignantly reminded of John Donne’s words of long ago: “No man is an island... any man’s death diminishes me, because I am involved in mankind...” Today these words are resonating louder than ever before. Acute universal distress has made it clear that we are all interdependent — as countries and as individuals. We cannot turn a deaf ear or a blind eye to somebody else’s tragedy because it is also ours. In this sense, “We are one”. This togetherness signifies unity — the absence of diversity has nothing to do with it. It is time we reminded unthinking people and Procrustean organizations that uniformity does not necessarily signify either unity or equality.