Election preparations have begun in earnest 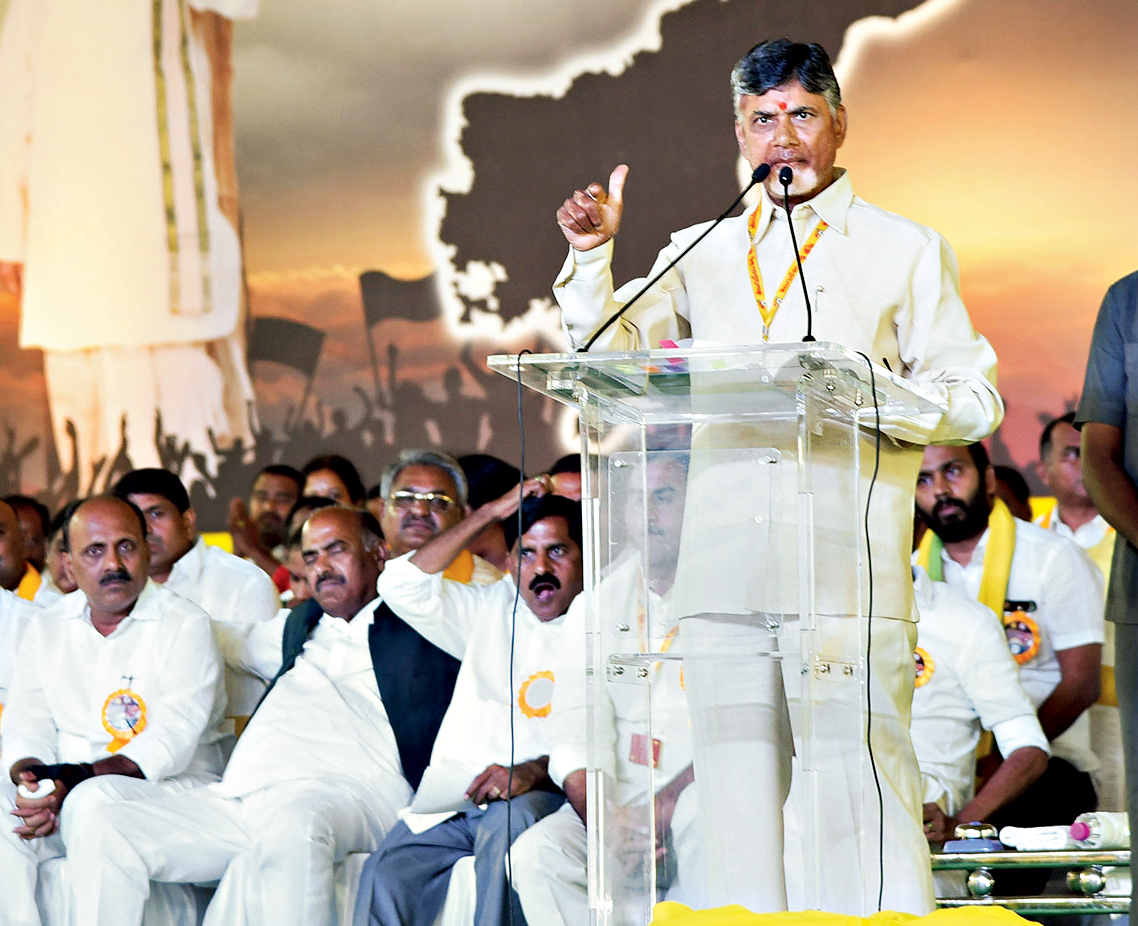 The prodigal politician returns. The meeting between N Chandrababu Naidu and Rahul Gandhi grabbed eyeballs. One reason of course was that Naidu, the chief minister of Andhra Pradesh, had for long been a partner in the National Democratic Alliance until things went south recently. As such, the meeting between the Telugu Desam Party leader and the Congress president is significant in terms of the mahagathbandhan that is being cobbled together against the Narendra Modi-led NDA. It also shows that preparations for the upcoming elections have begun in earnest.

But there are interesting skeletons in Naidu’s closet. The politician from Andhra Pradesh began his career as a Congressman. Apparently Naidu narrated quite a few anecdotes to Rahul from the heyday of the Grand Old Party, and even recalled being in regular and close contact with Sanjay Gandhi during the period between 1975-77 as an office bearer of the infamous Youth Congress. In fact, Naidu is even known to have defended the imposition of the Emergency. Naidu’s association with the Congress continued even after his father-in-law formed the TDP. In the 1983 assembly polls which saw the TDP dethrone the Congress, Naidu had fought for the latter, losing to a newcomer from the TDP. But does not everything begin to look good in retrospect?

While preparations are on in full force in Telangana that goes to the polls in December, things are relatively sedate in Chhattisgarh where the elections are slated to be held in November. There is no sign of the big names as far as political campaigners are concerned. So far, both the prime minister, Narendra Modi, and the Congress president, Rahul Gandhi, have paid one visit each to the poll-bound state. Diwali festivities seem to have taken precedence over everything else and chances of a sustained campaign by national politicians appear unlikely, at least in the first phase. Is this laxity a sign of confidence? If so, can too much of anything be good?

Poised for a comeback

Comebacks can be hard, especially when being staged after a lapse of 28 years. None knows this better than Congressmen. The Grand Old Party is trying to find its feet in Bihar. As part of its efforts it is planning a mega rally at the famous Gandhi Maidan in February. The scale of the event can be gauged from the fact that both the present Congress president, Rahul Gandhi, and the now reclusive former president, Sonia Gandhi, are slated to address the crowd. No stone is being left unturned to make the rally a success. The AICC member in charge of Bihar, Shaktisinh Gohil, and the state Congress chief, Madan Mohan Jha, have been asked to make elaborate preparations. Congress hopes that the rally, which is a brainchild of Rahul, will revive the party’s fortunes in Bihar. But even bigger news than the rally is that talks are under way with Sharad Yadav to merge his faction of the Janata Dal (United) with the Congress. A credible face like Yadav’s could do wonders for the Congress in Bihar.

One of the many intrigues of the Madhya Pradesh assembly elections is the role of the Congress veteran, Digvijaya Singh. His absence from the front line has triggered much speculation. Singh has only added fuel to the fire. A few days ago, he tweeted that he would be absent from Rahul Gandhi’s public meeting in Indore — in spite of being born and brought up there — because the state party president had assigned him other work. Some saw this as Singh expressing his hurt. Apparently, a conspiracy is being hatched against Singh. Who could the conspirators be? The BJP, obviously, is making the most of this mess. A fake letter was recently released in which Singh was shown to have written to Sonia Gandhi about tickets being distributed in Madhya Pradesh like it was a business, ignoring political merit. Singh denied having written any such letter. It is another matter that he is allegedly unhappy with the way election preparation is being handled by the central leadership.

Accusations of dynastic politics have always been a thorn in the Congress’s side. This is in spite of the fact that the Nehru-Gandhi family has powered the Grand Old Party for decades and been its primary source of strength. In fact, such accusations are one of the planks that the Bharatiya Janata Party used to beat the Congress. Apart from the appeal of Hindutva politics, its projection of itself as an anti-dynastic platform helped the BJP’s cause.

But thorns can also be good occasionally. In Telangana, people are beginning to tire of the suffocating grip of K Chandrasekhar Rao and his family on every instrument of administration and politics. This frustration seems to be working to the benefit of the Congress which had little to no presence in the state in the last five years or so. A people’s uprising is brewing against the ‘total control’ of the system by Rao, his son, his daughter, his nephew and a few other lackeys. The dissatisfaction with Rao’s Telangana Rashtra Samithi is acting in favour of the Congress, whose leaders, ironically, are campaigning against one family’s control over governance and politics in the state. The upcoming assembly elections in Telangana might just change the fate of the Congress. The head that wears the crown — of thorns, that is — does not always lie uneasy.

It is the season of comebacks, and not just in politics. Madhuri Dixit is returning to the small screen with a channel dedicated solely to dance. For Dixit, dance is an expression of passion. She has thus tied up her dance website, Dance with Madhuri, with a big digital TV platform. She thinks a dance channel will help millions learn dance in the proper way. One only hopes this attempt does not meet the same fate as her comeback film, Aaja Nachle.