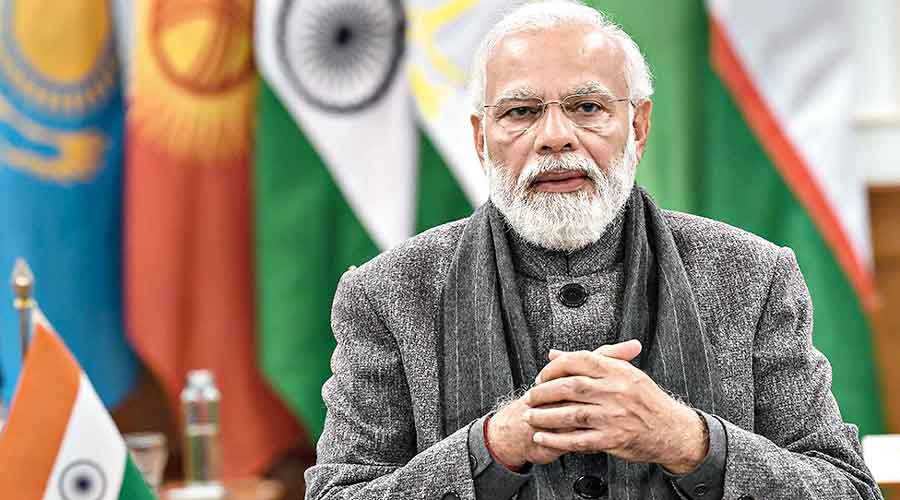 Few transport networks from history kindle the kind of romanticism that the old Silk Route evokes. Yet it is cold pragmatism that is driving the revival of a relationship vital for New Delhi’s strategic interests. Last week, the prime minister, Narendra Modi, hosted the presidents of the five Central Asian republics — Kazakhstan, Uzbekistan, Tajikistan, Turkmenistan and Kyrgyz Republic — in a first-of-its-kind summit. The leaders were originally slated to visit New Delhi as chief guests on Republic Day but the omicron wave and public protests in Kazakhstan ensured the meeting was virtual. Their meeting was built on two important conclaves that Mr Modi’s government has recently hosted: one with the national security advisors of the Central Asian republics in November, and the second with their foreign ministers in December. The NSAs of Russia and Iran also participated in the first of those meetings. This heightened engagement with the region is no coincidence. It is closely tied to an unease that New Delhi shares with the governments of the Central Asian nations over the Taliban’s stunning power grab in Afghanistan last August.

Like India, these countries have long been wary of the rise of radical Islam and the emergence of Afghanistan as a launch pad for transnational terrorism. In the 1990s, India worked closely with Tajikistan in supporting the Northern Alliance of Ahmad Shah Massoud against the Taliban, even setting up a military base in that country. But turning shared interests into meaningful cooperation on the ground will not be easy. The Central Asian republics are all landlocked, and dependent on Russia and China — their two large neighbours — for trade. India’s bilateral trade with the region amounts to just $2 billion. By contrast, China’s trade with Central Asia is worth $100 billion. Just two days before Mr Modi met the region’s leaders, China held a similar summit with them. Mr Modi has promised to develop the Chabahar Port in Iran, which India manages, to build a fresh transport corridor with Central Asia. India’s track record on such overseas infrastructure projects is spotty at best, but now would be a good time to change that legacy. Russia, the United States of America and Iran — traditionally India’s friends — have all built ties with the Taliban, leaving New Delhi on the margins in shaping the region’s future. India needs to build on the talk from the prime minister’s meeting with Central Asian leaders. Their fabled history will not be enough.