By focusing on doctors' oath, the National Medical Commission is stoking irrelevant controversies 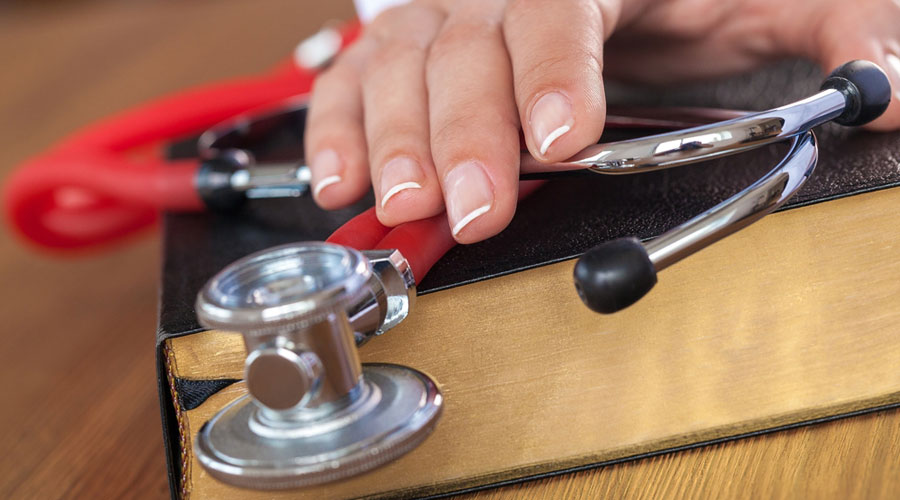 Unearthing troubles where there are none seems to have become the norm in present-day India. The National Medical Commission has suggested to medical colleges that the traditional Hippocratic Oath — it underlines the obligations and the proper conduct of doctors — should be replaced by a Charak Shapath in order to pay homage to one of the pioneers of ancient Indian medicine. The suggestion and the resultant controversy are needless. This is because codes of medical ethics for physicians are known to be diverse. In India, medical colleges have adopted different versions of the Hippocratic Oath. The Jawaharlal Nehru Medical College at the Aligarh Muslim University, for instance, uses the 2017 version of the World Medical Association’s code, while graduates at the All India Institute of Medical Sciences have been taking the Charak Shapath for the past few years. Regimentation must not be allowed to impede this tradition of offering choices.

All physician’s oaths, no matter their source, outline doctors’ duty to put patients first, respect their privacy, and practise with the best of judgment. It makes little difference which oath medical graduates actually take. The real concern is the divergence of doctors from their code of conduct. The unnecessary noise must not deflect public attention from some other serious deficiencies afflicting healthcare in India. According to the 15th Finance Commission, the country has one allopathic doctor for 1,511 people: the World Health Organization’s recommendation is 1:1,000. India also has one nurse for every 670 patients, falling short of the WHO-prescribed number of one per 300 people. Not only does India produce fewer medical graduates every year — 13 doctors for 100,000 people compared with more than 55 in developed countries — but a large chunk of them also serve overseas. Indian healthcare workers, particularly nurses, have a disproportionate presence in the medical workforce in the Maldives, the Philippines as well as in the Middle East. The shortage of active healthcare staff in India is more discernible among the cadre of nurses and midwives compared to doctors, leading to an uneven mix of skilled professionals. The government apparently aims to achieve the WHO-recommended doctor-patient ratio by 2024. But poor payment, long working hours, rickety infrastructure pose serious obstacles. The NMC should concentrate on filling these gaps instead of stoking irrelevant controversies.