Editorial: Get that right

Mispronouncing names may show disrespect; whether it is micro-aggression or not depends on the historical and cultural contexts 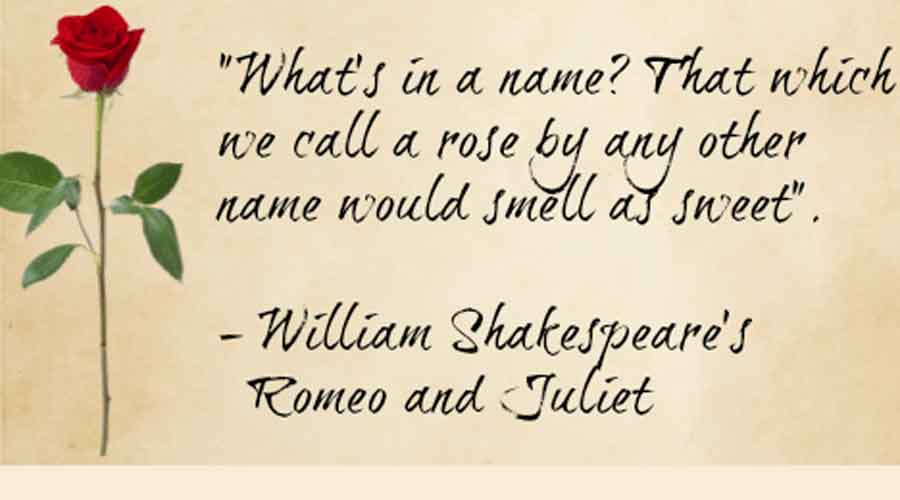 Shakespeare had to choose one of his most endearing heroines to voice the politically incorrect. True, Juliet was too young and too desperately in love to bother about complicated theories of words and their signification, but her heartfelt cry — “What’s in a name?” — remains high on any quotation list. The rose would be the same if it had another name, just as Montague, the name her family hates, is not the hand or foot of her beloved. Then she rushes headlong into riskier territory: her Romeo would not lose any of his “dear perfection” were he not called Romeo. And this is not what a less loving world is willing to accept. Changing names is unthinkable: one of its associations is with slavery. It symbolizes domination. Hardly surprising that in India, a woman till the early 20th century could have had her name changed after marriage: her past life and identity were erased.

The power imbalance is subtler in the mispronunciation of names. This is what a growing movement is calling micro-aggression, reminding the person with an ‘out of the mainstream’ name that he or she does not belong, or is not important enough to bother about. The cultural and barely disguised political import of this attitude is being addressed in Britain by people who refuse to smooth their names to suit the English-speaking tongue. The problem is the dominance of the English language and Britain’s colonial history. Cultural and economic dominance is as bad; Americans are being called out for mispronouncing Glasgow, for example, or the surname of the brilliant young tennis player, Stefanos Tsitsipas. Why should newscasters have problems with internet pronunciation guides at their fingertips? Ensuring that their name is pronounced correctly is equated by the protesters with the retrieval of identity, cultural and linguistic backgrounds and family histories not meant for erasure. Just the courtesy to ask how a name is pronounced would lessen the ire; it would show respect.

But the sense of identity is not woven into names in the same way universally, or a multilingual country like India would be heaving in endless battles over these ‘little acts of bigotry’ as people from the north to the south, from the hills to the plains, struggled to pronounce their neighbour’s name accurately. As though India had not conflicts enough: some, ironically, identifiable through names too, such as those denoting caste. But trust Shakespeare to play both sides in the same scene. As Juliet recognizes her beloved’s voice and asks if he is not Romeo, the Montague, he is forced to say he is neither if she despises these names. Distorting names is not as bad as dropping them altogether, but an earnest effort at correct pronunciation would help surely? After all, most cultures have histories to transcend and a brave new world to accommodate. As did the Montagues and Capulets, who realized that tragically late.