The poor are the guinea pigs for immature financial technologies 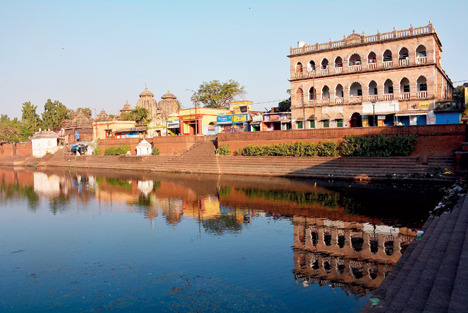 Vimla Devi is a poor widow who lives in Kodakel village of Khunti district in Jharkhand. In a short video circulated recently on Twitter, she explains how she has been running from pillar to post for months to find out what happened to her pension. When she enquires at the block or district offices, she is told that her pension is being paid regularly every month. Her bank statement, however, suggests that the monthly payment of Rs 600 stopped after September 2017.

It turns out that Vimla's money is going to an Airtel wallet she knows nothing about, or rather knew nothing about until a team from Jharkhand's right to food campaign looked into the matter on May 27, 2018. With some effort, her money can probably be retrieved from the wallet. But thousands of other people like her in Jharkhand who are also being swindled by Airtel may not be so lucky. The victims include not only pensioners but also other recipients of the so-called 'direct benefit transfer' payments.

When Vimla's testimony was tweeted, one puzzled reader asked - "How can pension money be sent to an Airtel wallet?" The question shows that even the educated middle class knows little about the pathologies of the Aadhaar Payments Bridge System. Indeed, the credit for this goof-up, so to speak, goes not only to Airtel but also to the APBS and its progenitors, the Unique Identification Authority of India and the National Payments Corporation of India.

The goof-up begins with the opening of an Airtel wallet behind the customer's back. This happens, or rather used to happen, as follows. One way of buying an Airtel SIM card is to use Aadhaar-based biometric authentication to identify yourself. This enables Airtel to access your demographic information from the UIDAI's Central Identities Data Repository. In the process, apparently, you 'consented' to the opening of an Aadhaar-linked Airtel wallet. Perhaps this was actually optional: according to one account, consent took the form of clicking on a box in a pop-up window. The fact remains that many people exercised that option without knowing it or meaning to. Did you check the details of the 'terms and conditions' last time you ticked boxes to buy a SIM card or make a payment online? I doubt it.

So far so bad. But how did Vimla's pension end up in that stealth wallet? That is where the APBS comes in. The wizards of APBS want Aadhaar to become a "financial address", as the UIDAI puts it. Today, if I want to send you money by electronic bank transfer, I need your name, account number, and IFSC code. And if you change your bank account, I will need the new details. With APBS, your Aadhaar number will suffice - if your bank account is linked with Aadhaar, APBS will find it wherever it is (using the 'NPCI mapper').

But there is a catch - what if you have several bank accounts? The answer, at least for now, is that APBS sends the money to whichever account was most recently linked with Aadhaar - let us call this the 'latest Aadhaar linked account' rule. Very few people, however, know about the LALA rule. Vimla Devi, for one, has never heard about it. Yet it is this brilliant rule that automatically diverted her pension from her Bank of India account to her Airtel wallet.

Fortunately, the victims of the Airtel scam include relatively privileged and educated people who raised the alarm bells a few months ago when their LPG subsidy started finding its way to Airtel wallets. According to media reports, Airtel was pulled up by the UIDAI and had to pay a fine of Rs 2.5 crore aside from returning Rs 190 crore to 31 lakh customers affected by the diversion of LPG subsidies. But what did not happen, evidently, is the cancellation of all Aadhaar-linked Airtel wallets. That is why people like Vimla continue to search in vain for their pension money or other cash benefits. As someone aptly commented on Twitter, "[If] unauthorised Airtel wallets are still operational... the 2.5 crore penalty paid now sounds more like a bribe than anything else."

The Airtel scam is just one example of the hazards of the LALA rule. Because most people don't know the rule, they often spend time and money looking for their cash benefits in the wrong place. This is especially unkind to the elderly, single women and disabled persons, for whom every visit to the bank can be an ordeal. Among other tragic victims of the LALA rule is Premni Kunwar in Garhwa district (Jharkhand), who died of hunger last year after her pension was diverted to someone else's account because her Aadhaar number had been wrongly linked to it. Incidentally the APBS, like Airtel wallets, has a veneer of "informed consent", but in practice, consent is a fiction, at least for people like Vimla Devi and Premni Kunwar.

Further, the LALA rule is just one of the many hurdles that are being faced today by recipients of DBT payments. The term, 'DBT', is a little confusing, but in practice, it seems to refer to cash benefits delivered through Aadhaar-linked bank accounts (not necessarily via APBS). To facilitate DBT, Aadhaar-linked bank accounts were opened en masse in the early days of the Jan Dhan Yojana. Many of them were unwanted or redundant accounts that were later declared "dormant" by the banks or even closed without people's knowledge. Others were frozen because the account holder was unable to meet the 'e-KYC' requirements (including biometric authentication), imposed ex post. Inconsistencies among the Aadhaar database, bank records and other databases such as pension lists or job cards also affected the DBT system. All this created serious problems for DBT recipients, from pensioners and National Rural Employment Guarantee Act workers to pregnant women who are struggling to claim their maternity benefits.

One example, among others, is the problem of "rejected" NREGA wage payments. According to official data from the ministry of rural development, close to Rs 500 crore of NREGA wage payments were rejected in 2017-18, of which Rs 321 crore was still pending last May. The rejections come with all sorts of obscure error codes that local officials, let alone NREGA workers, find difficult to understand.

One of the error codes, for instance, is "inactive Aadhaar". None seems to know what this stands for. When James Herenj, coordinator of NREGA Watch in Jharkhand, asked the UIDAI for a clarification under the Right to Information Act, the UIDAI pleaded ignorance and forwarded the query to the MoRD, where it was redirected to the Jharkhand government. Unable to clarify, the Jharkhand government helpfully suggested going back to the MoRD.

I am mentioning Jharkhand because that is where I live, but similar problems are bound to exist in other states. Depriving pensioners or NREGA workers of their meagre incomes, without putting in place effective assistance facilities, is a glaring injustice. Interestingly, the UIDAI had no difficulty in recognizing the injustice when it came to the diversion of LPG subsidy. Swift action was taken and an audit was even commissioned from PricewaterhouseCoopers. Meanwhile, poor people continue to be treated as guinea pigs for immature financial technologies. What needs auditing is not just Airtel's antics but the entire DBT system and, especially, APBS. But with the UIDAI safely ensconced behind a thick wall of impunity, who will bell the cat?

The author is Visiting Professor at the Department of Economics, Ranchi University