Advertisement
Home / Opinion / Off the hook 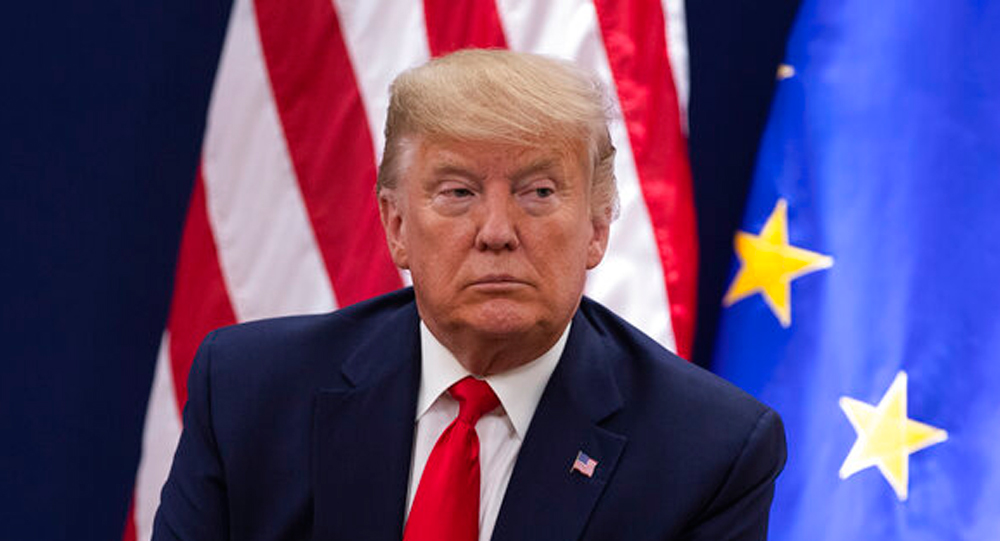 It is jarring that Trump’s unbecoming and egotistic behaviour has subjugated veteran Republican politicians, tarnished their image and political standing and paved the way for partisan politics to prevail over democratic values.
(AP photo)
The Telegraph   |     |   Published 10.02.20, 08:20 PM

Sir — The recently-concluded impeachment trial of the president of the United States of America, Donald Trump, went in favour of the president, who was acquitted of all charges in spite of the availability of incriminating evidence (“Trump acquitted by Senate”, Feb 7). With a Republican majority in the Senate, this outcome seemed inevitable. It is jarring that Trump’s unbecoming and egotistic behaviour has subjugated veteran Republican politicians, tarnished their image and political standing and paved the way for partisan politics to prevail over democratic values. The visible tension between Trump and the Speaker of the House of Representatives, Nancy Pelosi, points to a systemic decay of institutions.

In spite of the outcome, the political architecture of the US must be lauded. While it accords immense power to the president, it also sustains the vibrancy of other constitutional entities, thus ensuring that democratic ideals continue to be upheld. However, in the case of Trump, it is possible that manipulation of the system and his own enormous privilege led to his acquittal. Other democracies, too, have witnessed executive branches attempting to subvert institutions to serve the cause of the party in power. If this continues, it will irreparably damage the foundations of democracy.

Sir — The US president, Donald Trump, was exonerated at the impeachment trial in the Senate. The Republicans predictably rallied behind the president, except the senator of Utah, Mitt Romney, who broke away from the party line by voting in favour of convicting Trump for abuse of power alongside Democrats.

The Senate found Trump not guilty of abusing power in office by a vote of 52-48 and also voted 53-47 to acquit the president on the charge of obstruction of Congress. This predicament has bolstered the prospects of Trump securing a second term at the White House.

Sir — The announcement by the Union finance minister, Nirmala Sitharaman, in the 2020-21 budget speech, proposing the introduction of the Kisan Rail by Indian Railways with refrigerated coaches is welcome. The coaches, which would be used for the transportation of perishable goods, will provide a major boost to Bengal’s vegetable and horticulture business.

Currently, 18-25 per cent of the vegetables, fruits and flowers produced in the state are wasted during transportation. The produce from Bengal is mostly transported via trucks which often take more than a week to be delivered. By this time, the produce is no longer fresh, and the farmers do not get a fair value for it which they otherwise might have. As a result, they prefer to sell their produce at local markets at a much lower price. Sitharaman’s announcement comes at a time when West Bengal has been recognized as the state with the highest vegetable production in the country for 2018-19. It is interesting to note that when Mamata Banerjee, as the railway minister, had proposed a similar facility, it was not successfully implemented.

Sir — The Rajya Sabha select committee on the surrogacy (regulation) bill, 2019 has put forward several major recommendations regarding the practice of surrogacy in India. One of the recommendations — that the surrogate mother need not be a close relative — comes as a relief, as the norm restricting possible surrogate mothers to close relatives severely limits options. The bill also proposes the removal of the definition of ‘infertility’ and the five-year limit for seeking surrogacy.

It is commendable that the committee has noted that many medical and biological conditions make surrogacy necessary.

However, its stand against commercial surrogacy may make finding surrogate mothers difficult. Its proposition that surrogacy should be altruistic is not logical or sustainable. Such restrictions might lead to the exploitation of women. Surrogacy is an essential alternative for many couples wanting to have a child, and its importance must be understood.

Sir — It is unfortunate that the Rajya Sabha select committee has suggested doing away with commercial surrogacy by recognizing only altruistic gestures. This will simply lead to greater exploitation of potential surrogate mothers.

Sir — A recent estimate has found that the population of leopards in India has declined by 75-90 per cent over the past two centuries. This is in contrast to earlier research which deemed the numbers to be stable or even increasing. This observation comes at a time when the Centre is making efforts to introduce the African cheetah to a suitable habitat in India. While the government can be appreciated for trying to correct past wrongs — the Asiatic cheetah was hunted to extinction in India — the priority should be the survival of existing endangered species. If immediate steps are not taken to increase the leopard population, it might meet the same fate as the Asiatic cheetah.