Dhoni's towering sixes and jaw-dropping helicopter shots have dried up 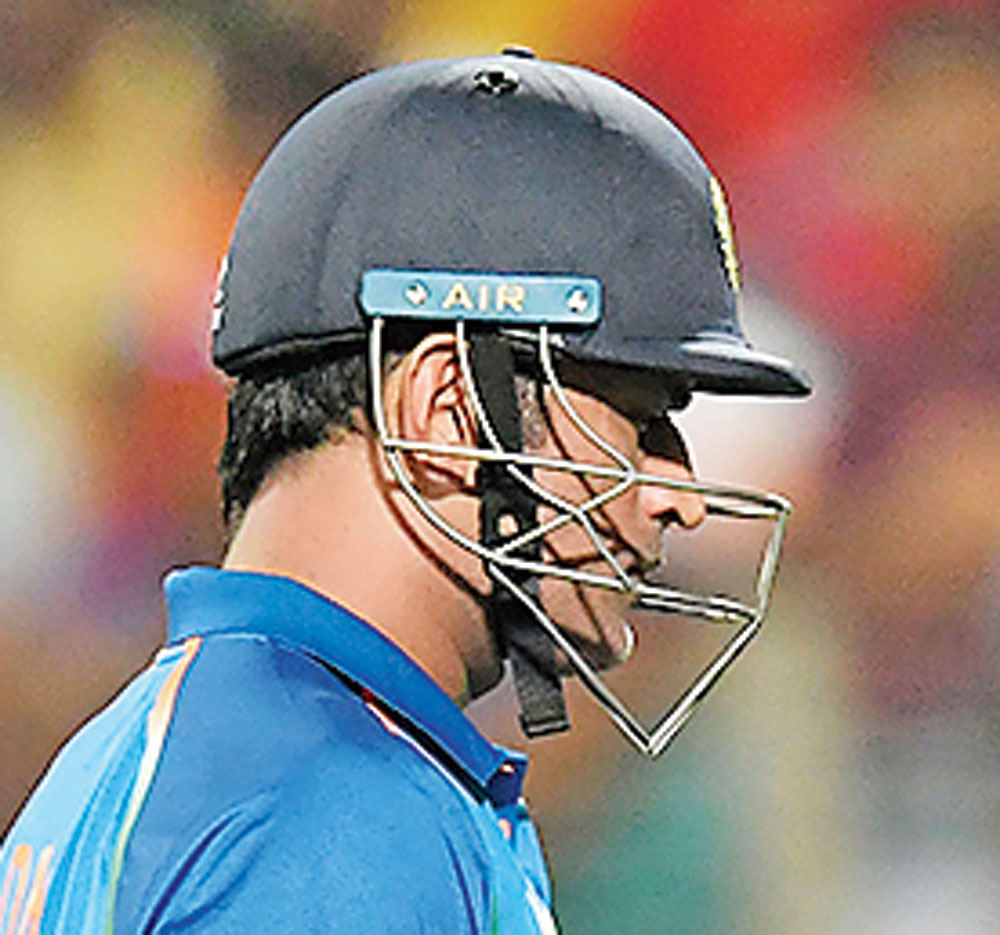 Mahendra Singh Dhoni after getting out during the third ODI cricket match between India and West Indies in Pune
AFP
The Telegraph   |   Published 05.11.18, 04:19 AM

Sir — The news that the president of the United States of America, Donald Trump, has apparently declined the invite to attend the Republic Day parade in India next year came as a surprise (“Zeal on Trump trip misfires”, Oct 29). Trump’s presence in New Delhi would have helped quicken the pace of negotiations currently underway between the two nations. India and the US are striving to cut new deals in crucial sectors such as defence and commerce.

The tightening of H1B visa rules under the Trump regime has hit the information technology industry in India. Trump’s reluctance to travel to India means that New Delhi has lost an opportunity to present its case directly to the US president.

Finally, although this is not connected to the invite, one feels that the Indian side should now also request America to open a new consulate in Bangalore. Apart from making the process of getting a US visa less of a hassle for those based in Karnataka, a consulate would also promote cultural exchange between the southern state and the US.

Sir — That Donald Trump accords low priority to India is evident from the way in which he allegedly declined an invite from the Indian prime minister, Narendra Modi. The US president was expected to be in New Delhi in January as the chief guest at the annual Republic Day parade. But for months there was no positive response to the invitation. It is now understood that Trump will not be visiting India. However, this is not the first time that Trump has behaved in such a manner. The prime minister of the United Kingdom, Theresa May, has already had a taste of his arrogance. Earlier this year, Trump had cancelled a scheduled visit to London. India must rethink before engaging in any further negotiations with the US.

Sir — Donald Trump’s decision to decline India’s invite is regrettable. It is a totally unexpected response from a friendly country. He should have kept in mind that India is not a weak, powerless nation. Trump’s response will adversely impact India-US ties and further erode America’s image in the eyes of the international community.

Sir — The poor form of Mahendra Singh Dhoni with the bat has become a matter of concern for the Indian cricket team. The fact that Dhoni, who is considered to be one of the finest finishers in the shorter formats of the game, has been dropped from the Twenty20 squad is perhaps an indication that the selectors are not happy with the way the wicketkeeper-batsman has performed in recent times. They were left with no option but to give an opportunity to new players in his place. However, to think that Dhoni’s best days are behind him would be a little unfair. Every famous cricketer worth his salt goes through a lean patch at some point in his career and Dhoni is no exception. Even though he continues to be brilliant behind the stumps, Dhoni’s inability to score runs seems to have become a millstone around his neck. His towering sixes and jaw-dropping helicopter shots have almost dried up.

Dhoni is pushing 38 and he quickly needs to regain his form to make it to the final squad for the one-day international World Cup scheduled to be held next year in England. The ODI series in Australia will probably be his last chance to prove his indispensability to the team.

Sir — Mahendra Singh Dhoni has been out of form for a while now. One wonders why the selectors took so long to drop him. They should have taken this decision much earlier.

But the omission of Dhoni from the T20 squad, though it comes a bit late, proves that there is truth in the old adage — what goes around, comes around. A decade ago, Dhoni was instrumental in dropping Sourav Ganguly, V.V.S. Laxman and Rahul Dravid from the team. He now finds himself in the shoes of his illustrious predecessors.

Sir — The decision of the Assam government to buy the house in the Tollygunge area of Calcutta, where the singer-composer, Bhupen Hazarika, lived for almost four decades, is commendable (“Plan to buy Hazarika house”, Oct 30). Hazarika, who passed away in Mumbai in 2011 at the age of 85, greatly enriched Assamese, Bengali and Bollywood music. The Assam cabinet wants to convert the house into a cultural centre and create an archive in memory of the legend. This centre will foster better relations between the peoples of Assam and West Bengal.