Detainees during the pandemic 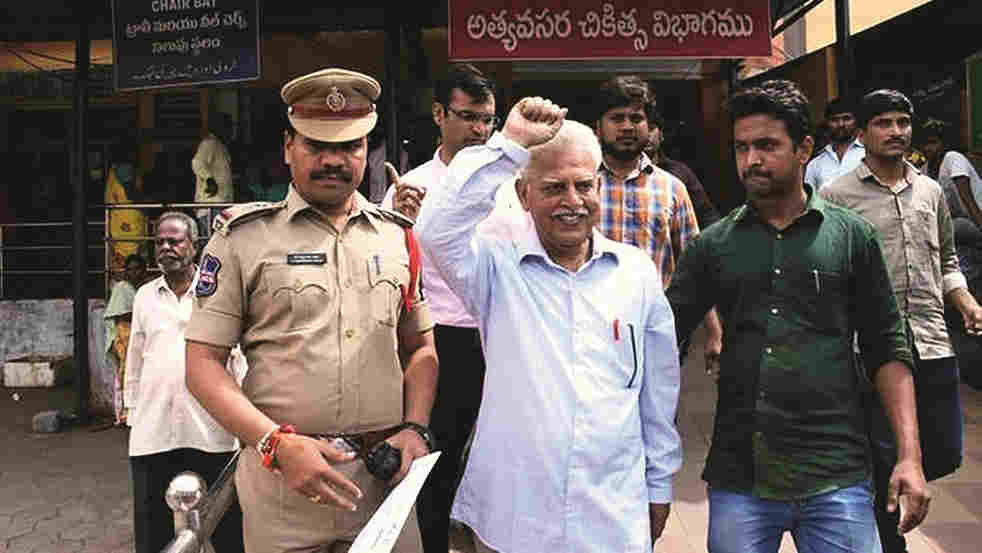 It is a common practice all over the world that when those incarcerated face a threat to life, the authorities send them home. Even Benito Mussolini had been forced by an international campaign to shift the Italian communist leader, Antonio Gramsci, when the latter’s health had deteriorated greatly, first to a clinic in Formia, then to a clinic in Rome and, finally, to release him after he had served 11 of his 20-year sentence. It was, however, already too late by then, and Gramsci died within a week of his release.

In India, when communists were arrested in large numbers after the Second Party Congress in Calcutta in 1948, at which the party had adopted a collision course with the Jawaharlal Nehru government, the communist prisoners had gone on a mass hunger strike demanding better prison conditions. The Nehru government had released all those prisoners whose lives had been at risk because of the hunger strike. My father, a communist activist who had been in jail at the time, had been one of those released; he had reportedly been on a hunger strike for 43 days.

It is a sign of the times that our present Central government does not feel the need to follow this practice of releasing prisoners even when their lives are at risk. Varavara Rao, a 79-year-old accused in the Bhima-Koregaon case, has been in jail for two years, where his health had broken down even before the pandemic; matters are worse now because he has tested positive for Covid-19. Yet the government has made no announcement till date about his release after he is discharged from hospital; and this is so notwithstanding the fact that he is merely awaiting trial and has not been convicted of any crime. On the basic principle that a person is presumed innocent until proven guilty, he is an innocent man being held in prison despite a collapse of his health, and despite being infected with the coronavirus that can be fatal at his age and with his co-morbidities.

Much the same can be said of the other Bhima-Koregaon accused too. They have not been convicted of any crime; they are all, therefore, innocent persons, being held in coronavirus-infected jails despite the fact that most of them are, or are close to being, senior citizens, and almost all of them have severe co-morbidities that make the virus deadly for them.

To have a law like the Unlawful Activities (Prevention) Act, under which a completely innocent person (and one who may eventually be found innocent by the judiciary) can be kept in jail for an inordinate length of time, is a negation of democracy. The relentless application of this law to keep persons in jail in the midst of an unprecedented pandemic that can easily prove fatal for them indicates a shocking lack of humanity. If the allegation that the judiciary is complicit in this inhumanity is true, it would testify to its pusillanimity.

Even more shocking is the nature of the argument that is pervasively advanced by lawyers against the granting of bail to these detainees. They are accused of ‘taking advantage’ of the pandemic to escape incarceration, as if being in jail ‘serves them right’ and constitutes their ‘just deserts’. The very language used is a denial of the basic principle of ‘innocent until proven guilty’, which is supposed to be accepted by all, both those prosecuting and those being prosecuted.

Adherence to that principle would mean that all the Bhima-Koregaon accused are innocent as of now. For an innocent person to ask for release from jail is an assertion of a right, not an opportunistic manoeuvre. To present an innocent person’s desire for freedom as if it is a dishonest and condemnable act turns on its head an accepted norm of jurisprudence; it amounts to a rejection of the principle of ‘innocent until proven guilty’ and, thereby, displays a shocking disregard for human rights.

The legal grounds for denying bail after charges have been framed are usually the following: the possibility of tampering with evidence by the person who is out on bail; and the possibility of that person influencing witnesses. In the Bhima-Koregaon case, the police have got all the evidence they need so that no scope for tampering remains. Besides, since the evidence consists of material found on laptops, and since the laptops have all been seized, no tampering is possible now.

Likewise the question of influencing witnesses simply does not arise in a case like this where no bystander’s testimony is being used as evidence. Denying bail to the Bhima-Koregaon accused, therefore, seems more a vindictive act than one based on any genuine apprehension of possible miscarriage of justice; is the judiciary being stampeded here into going along with the executive?

There is a further point here. A jail is what the government designates it to be. The Aga Khan’s palace in Pune where Gandhiji was incarcerated was not, historically, a jail; it was designated as one in order to keep Gandhiji there. Likewise, Ahmednagar fort, where the Congress Working Committee was imprisoned during the Quit India movement, was not a prominent jail; nonetheless it was converted into one for accommodating the working committee members. Similarly many leaders in Kashmir have been held recently in buildings that are not traditional jails; they simply served as jails for these leaders. And it is not only the Central government but also the state governments, within whose jurisdiction the accused are held, that have a discretion in deciding what constitutes a jail.

It follows that even if the Bhima-Koregaon accused are not given bail by the courts, it is still open to the Maharashtra government to house them in premises designated as jails which are not the coronavirus-infected traditional jails of the sort where they are currently housed. They could even be sent back home to be kept under ‘house arrest’ under the watch of police guards; or they could be kept under ‘house arrest’ reporting periodically to the local police station (as my father had been asked to do almost seven decades ago when he had been released from jail after his hunger strike).

State governments, in other words, have some discretion in the matter. At the very least whether or not they have this discretion needs to be tested, for which at least one of them has to step out of line with the Central government’s diktat and stand up for the rights of detainees. The fact that they have not done so till now suggests perhaps that the pusillanimity extends to the state governments as well. It has to be overcome if democratic rights are to be preserved.