At a time when toxic masculinity is gathering momentum, the Little Master has urged men to embrace their emotions 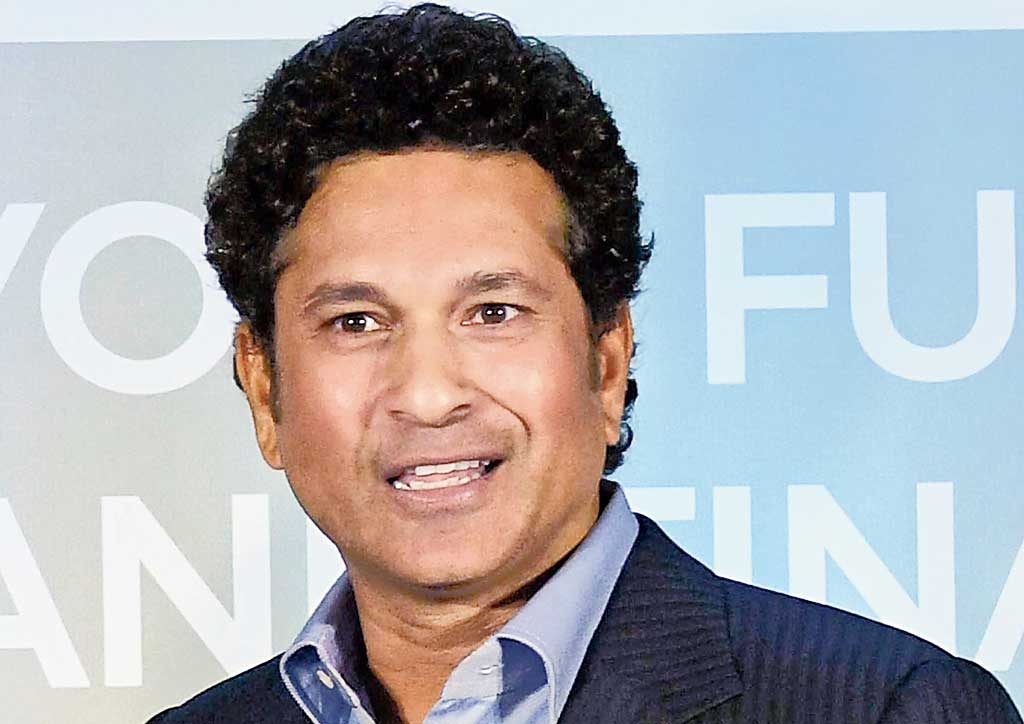 Sir — It is heartening to see that at a time when toxic masculinity is gathering momentum in India, Sachin Tendulkar has publicly urged men to embrace their emotions. Boys are taught from a young age that crying is a sign of weakness. As such, it is important for icons such as the Little Master to openly speak out against harmful myths. Children look up to, and often emulate, public figures. Tendulkar’s attempt at deconstructing masculinity is thus welcome. One must remember that patriarchy is a double-edged sword, harming both men and women. It is male role models like him that the youth truly deserve.

Sir — The declaration of the Union home minister, Amit Shah, in Parliament of an intent to implement a nationwide National Register of Citizens, including an update in Assam, is not only unfortunate but also irresponsible. At present, the fates of over 19 lakh people have been rendered uncertain as a result of the NRC exercise in Assam. Shah’s intention of implementing the process in Assam once more, even though it was closely monitored by the Supreme Court, must be questioned as well. The NRC — which reportedly cost the government Rs 1,220 crore and took over five years to compile since the apex court’s order — was grossly flawed. Considering the economic slowdown that the country is facing, such an expensive affair is not prudent. The government must set its priorities right.

It must be remembered that the government, which has assured the people that the NRC will not discriminate against citizens on the basis of religion, also plans to bring into force the controversial citizenship (amendment) bill. The proposed bill would provide citizenship to Hindu, Sikh, Jain, Buddhist, Parsi and Christian refugees from Bangladesh, Afghanistan and Pakistan while excluding Muslims. Perhaps the NRC is a diversionary tactic aimed at distracting the people from the many failures and the divisive designs of the Narendra Modi government. This must be resisted resolutely through democratic means.

Sir — Although the home minister’s idea of compiling a nationwide NRC has its merits, one is not sure whether the exercise will actually help in identifying illegal immigrants. (“Across country, stir NRC pot”, Nov 21). The implementation of the NRC in Assam has already raised several questions about the government’s competence. Over 19 lakh people, many of whose families have been living in Assam for generations, were excluded from the final list. These administrative flaws need to be addressed first.

While some argue that refugees and illegal migrants can be a financial burden on a country, the process of identifying them must not jeopardize the rights of Indian citizens. The situation in Assam should be a lesson for the government to exercise caution.

Sir — It is worrying that the government intends to implement the NRC across the country. Its plans of providing amnesty only to non-Muslim refugees from three neighbouring countries is clearly discriminatory. It infringes upon the right to equality before the law that is enshrined in the Indian Constitution. The government’s plans have caused genuine fear that the NRC will target the Muslim population of the country. Citizens of a democratic nation that promises to accord equal rights to all should not be forced to live in fear.

Sir — Amit Shah’s proposition of updating the NRC in Assam has been welcomed by Himanta Biswa Sarma, the finance minister of the state, on the basis that there are shortcomings in the final list as of now. It is disheartening to see that after spending enormous resources, the exercise is being considered unsatisfactory by the very people who undertook it. When Shah proclaims that no person, no matter what their religion, needs to be afraid, one wonders if these assurances are akin to the Centre’s repeated declarations that the situation in the Kashmir valley is ‘normal’.

The NRC exercise in Assam has led to the installation of detention camps for alleged illegal migrants. The eventual creation of concentration camps like those in Nazi Germany does not seem impossible. There, the segregation began with the government demanding that all Jewish people register their assets exceeding a certain limit with authorities. At that time, such acts had been carried out under the guise of nationalism. Considering the rise of Hindutva and the enthusiasm for the implementation of the NRC, one wonders if atrocities similar to those of the Third Reich’s might be repeated here.

Sir — The editorial, “Daily tragedies” (Nov 21), was interesting. Although the report by the National Crime Records Bureau has argued that murders caused by ‘love’ have seen a rise, one must question the idea of love itself. Love, as it should be, cannot be a cause for murder. But since there is an increase in such deaths, the government must take strong steps to address social ills like casteism and dowry, and also abolish khap panchayats. However it is only a change in the people’s mindset that can truly remedy the situation.