Writing on the Wall: Economics in hard times 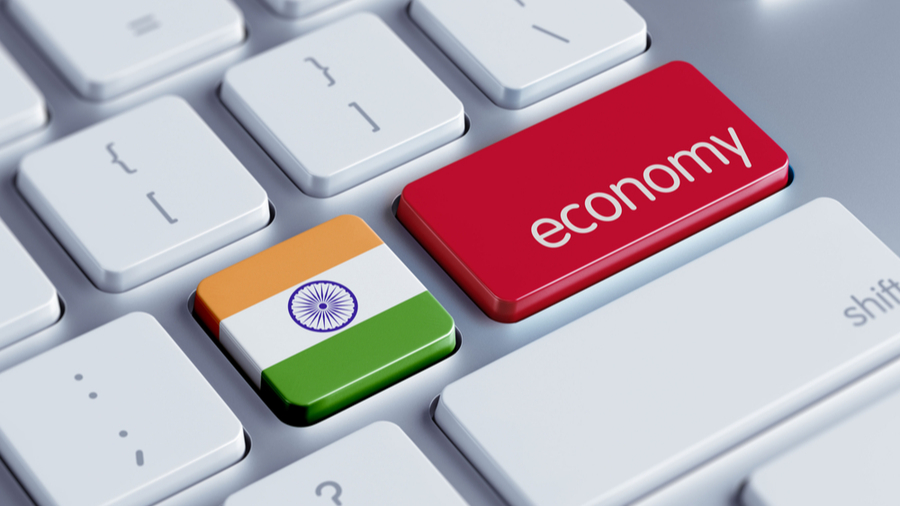 The present government, which was brought to power with enormous funding from frustrated businessmen, has ill served the economy.
Shutterstock
Ashok V. Desai   |   Published 04.08.20, 01:44 AM

It is not a great time to think of economics. The Covid-19 crisis has no precedent in our lifetime. The last pandemic was the influenza epidemic in 1918; the British rulers handled it so incompetently that the only lesson it left was how not to do it. The economy is doing so badly that it is difficult to find a precedent in the last half century. The last comparable crisis was the 1966 famine followed by the oil crisis; its lessons have no relevance to the present crisis. Governments do politics most of the time; but Indian governments have had an economic adviser since the 1930s, and have listened to him from time to time. Today, he is speechless; it is not even known whether he has any thoughts on the current situation, let alone advice for his government. The only economists who bother to think about India’s economic problems are Indians comfortably ensconced in well-funded chairs in America. But just days ago, Ira Dugal caught hold of four domestic economists and asked them to give five ideas each. I will pick up the ones that made the most sense to me.

Anantha Nageswaran wanted the government to restore the credibility of macroeconomic data within three months. This is crucial: a government cannot make reliable economic policy unless its data are rock solid. Ours were good enough. The basic reason was that soon after Independence, the government called in the Indian Statistical Institute to organize data collection, and created the Indian Statistical Service to manage it. It was not a great service, but it was conscientious and plodding, and it was left alone by the government to do the job. It gave little thought to what data would be useful, and often took so long to publish the data it had collected that they were useless. But its data were clean and credible. The credibility was destroyed by the last revision of national income data. The first essential step is to restore the independence of the statistical service. The government may ask it to generate more useful figures and do it faster; it should give it more money and quality resources to do so. But the management of the statistical service must be completely free of politics.

Nageswaran also wanted the government to appoint a committee of experts from different disciplines to help the Cabinet Committee on Economic Affairs to make decisions. There is already a Prime Minister’s Economic Advisory Council on which Nageswaran sits; why does he want another committee to advise the CCEA? Presumably because the CCEA is where he thinks decisions are made. India had a finance ministry to take short-term decisions, and a Planning Commission to make long-term decisions. The present prime minister abolished the latter because he had been offended by its shrill deputy chairman when he was chief minister of Gujarat. As a result, no one in government is taking a long view; and even the short view of the finance ministry is hardly worth it. To cap it all, the prime minister transferred a lot of money and more or less transferred the planning function to the states, little realizing that India is a single country and states cannot make policy independently of the Centre. The consequent mess was on a number of minds; Rathin Roy, for instance, wanted the finance secretary to be transferred to the Prime Minister’s Office — which is where he thinks economic policy is being made. He also wanted a three-year plan.

Such limited measures cannot resolve the crisis in our government. At the same time, it is not worth going back to the structural solution introduced soon after Independence. Economic policy has to have a long-term dimension. It was given to the Planning Commission, which was an idea imported by Jawaharlal Nehru from the Soviet Union. But it can also be given to a finance ministry or finance commission. And it is no use calling in economists as advisers; they would give their advice in ten-minute presentations and go back to their jobs. It is necessary to have economists in government as policymakers. One option would be to have a finance ministry run by economists which would control the finances of every ministry through an economic ambassador. It would be a departure from our British-style democracy where all ministers are elected politicians; but the spectacular mismanagement of our economy requires such a radical measure.

Both Rathin Roy and Pronab Sen wanted the government to run large fiscal deficits. Sen was unspecific about how to finance the deficits; Roy wanted the government to issue Covid bonds, similar to consols. Consols were bonds issued by the British government with unspecified maturity. It made sense to a government that had borrowed far more than it could hope to repay in foreseeable future; but such a government is not worth having. Government should borrow during economic downturns and repay during upturns; its aim should be to have zero borrowings over a trade cycle, as George Brown, Britain’s last Labour Chancellor of the Exchequer, argued.

Borrowing may seem rational at a time when the economy has shrunk because of Covid-19. But running fiscal deficits is a Keynesian policy for economies with surplus productive capacity; if workers cannot produce more because they are not allowed to congregate on account of Covid-19, is it right to run fiscal deficits? The solution for Covid-19 is social distancing — for thinning out of people, including in work places; Keynesian stimulus would be inappropriate.

None of the economists referred to the problem of loss-making government banks with huge bad debts which still keep buying the bonds of governments. It is these systematically mismanaged banks that have financed populist government expenditure and deprived Indian business of credit. Arun Jaitley kept talking of resolving the problem, year after year. Unless the government privatizes the banks and gets out of banking, the problem will never be resolved. And then too, the stock market, which the Securities and Exchange Board of India killed with overregulation, will still be missing; Sebi’s enormous staff should be sent back to their ministries, and a set of successful entrepreneurs and corporate leaders should be called together to revive the stock market with minimal regulation.

The present government, which was brought to power with enormous funding from frustrated businessmen, has ill served the economy; and as the four economists show, even the best of them do not realize how thoroughly the economy has been ruined and how radical the measures required to revive it are. What we need is the opening up of the economy — not only the material economy, but the economy that lives in our minds. Our government should invite the world’s best economists to come, study our economy and suggest what we should do. That is, however, very unlikely as long as we have such an introverted government. That can change only if we redesign our democracy to bring in fewer bribe collectors and more producers of ideas. If we must dream, let us dream big.