Health, justice and a virus

It is rather paradoxical that the current political debate embraces a trade-off between health and economy. 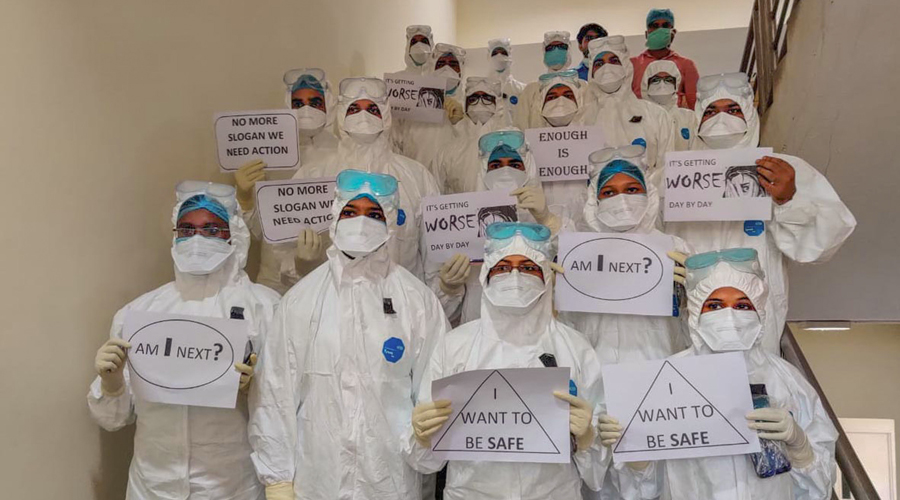 Adam Smith is often referred to as the ‘father of capitalism’. He probably wouldn’t think of health being bought and sold daily under the supervision of the ‘invisible hand’. The primary reason being health and, correspondingly, healthcare are not private goods. It often takes someone or something — a virus like that of Covid-19 — to remind the champions of the free-market economy that health is contagious, and with externalities, the market fails. That my health is determined by my neighbour’s health status or, for that matter, my mailman’s health status. The man who served me food at my eat-out joint yesterday needs to be protected against the virus in order to protect myself. There is no benevolence involved; nor any act of altruism. The sheer negative externalities necessitate the establishment of smarter mechanisms to allocate healthcare beyond the market’s reach.

Health, however, is not a typical public good like roads and army, as Paul Samuelson (1954) would put it. The limited resources ensure competition between citizens and the major criterion of non-rivalry is not met. The Rawlsian theory of social justice would suggest that health is a basic right, but in this era of corporate dominance the idea of basic rights varies from economy to economy, from country to country and, within country, from administration to administration. Richard Musgrave (1957) had coined the term, merit good, and like education, health falls rightly in that category. The need for such a good is more than the market is willing to pay for; hence the government needs to intervene. Why? Because health not only has externalities but also the real trouble lies in the underlying nature of the commodity. Healthcare is part experience and part credence. It is unlike you and me buying a television. Rather, the actual utility is known long after you make the payment or maybe never known at all. Such complexities make it hard to explain health in simple economic terms. Even if there was no market failure, there might be a problem with lower-income people being crowded off the market and when they are not buying health through healthcare, they are endangering themselves and also those who could and have afforded the same.

Keeping that in our mind, let us throw a birds-eye look at the current situation. America was great or at least made great as touted until the onset of 2020 when suddenly a virus brought it down to the realities. If getting affected by the virus disproportionately does not tell much about your preexisting health status, then what more can it tell? The Covid-19 mortality in the United States of America is high. So what good an economy is if the economic agents are not healthy enough to withstand the virus onslaughts? Or is it that health is hardly a marker for economic well-being? That money and years of life are unrelated; that economic gains imply get rich and die young. Or is it that a great economy entails some to be rich and reap the gains while others languish in poverty and ill-health? Economists have long held that income and health are correlated. If it is valid at the individual level, then it should be valid at the societal level. However, something is missing from the otherwise perfect puzzle. A major conclusion can be drawn, and that is America was not great to start with, or at least by the existing health standards and, by corollary, the economic standards.

It is rather paradoxical that the current political debate embraces a trade-off between health and economy. It only shows how myopic we are. Didn’t we grow up learning health is wealth? At the crux of the debate lies the value of the economic agent. A sick and dead economic agent is a deadweight loss to society. So, what is the benefit of opening the economy and placing your resources (workers) at risk? The answer is simple. Opening the economy is rather important as shut down fails to generate income. Simply said, the choice is between today’s income as compared to tomorrow’s income, or shall I say that the choice is between short-run gains as compared to long-run losses. For a matter, I understand the different incentives that are faced by the two sides. But it is more than that. The incentive is structured with the political reality in the background. And now public health has become a political question. The reason I used the word myopic is simply because the debate is wrongly posed as one between economy and health. As a society, we should know that the economic costs of lost lives easily outweigh 3-5 months of lost income.

Let us tie it all back. The gamut of the problem lies in the valuing of health and the very opinion one holds on social justice. If the right to healthcare is being seen as social justice, then government intervention is justified and economic gains ought to be measured not only in current money terms but also in future money terms. The problem lies in the imperfection and incompleteness of our information set. We are rather myopic and think justice lies in the freedom of rights; rights to call to work during a pandemic, rights to not wear masks. How many lives will it cost to achieve justice for all?

The author is a public health expert and economic consultant