A virus with two heads

The plight of victims of Covid-19 is vivid, but victims of the economic crisis are invisible 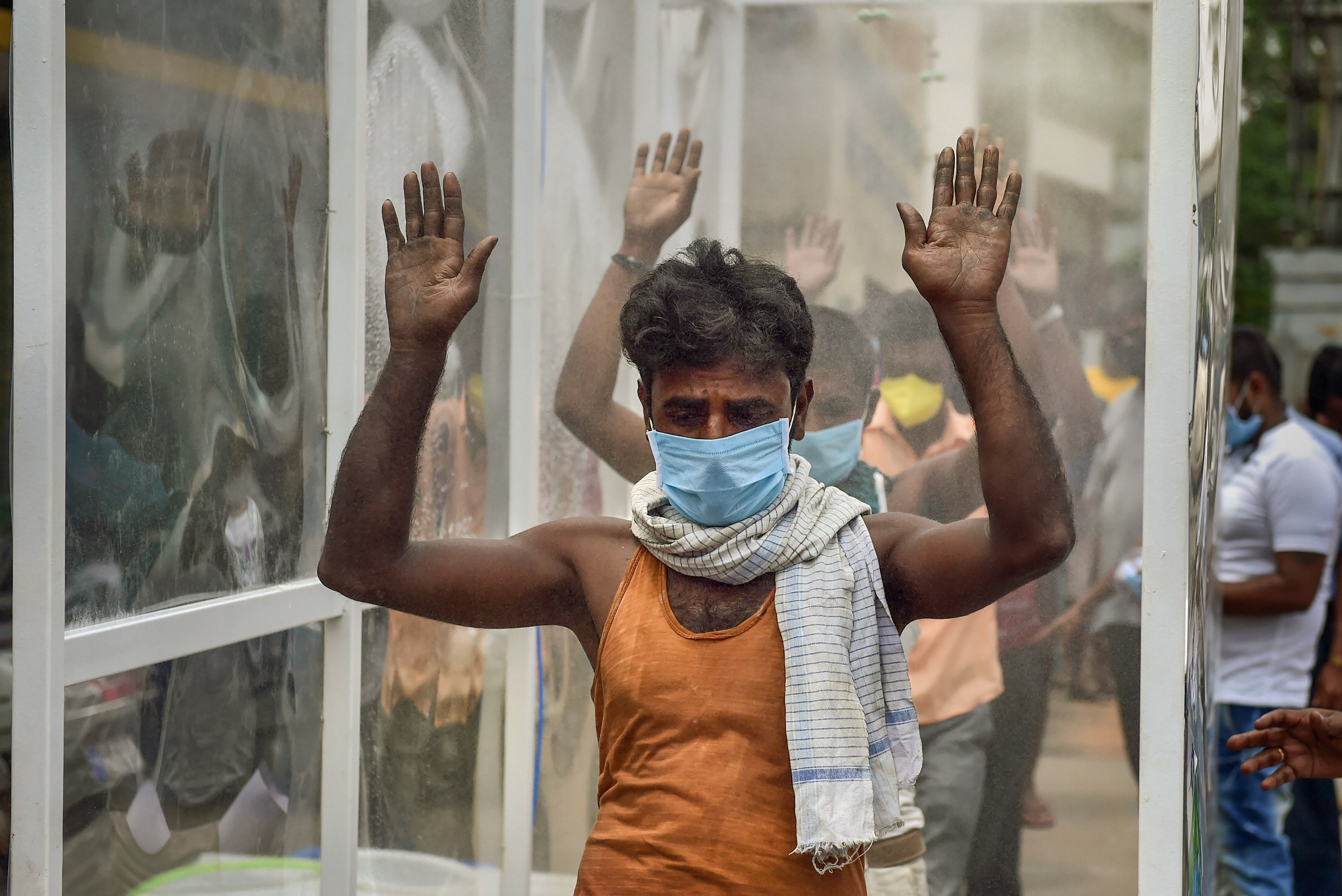 Labourers pass through a disinfectant tunnel at the entrance of APMC market during the nationwide lockdown to curb the spread of coronavirus, in Bengaluru, Thursday, April 9, 2020.
PTI
Bastian Steuwer   |     |   Published 09.04.20, 07:26 PM

Imagine that a volunteer from Save the Children approaches you and asks for donations. He shows you a picture of a young starving child. You look at the picture, see her eyes, and witness her devastating condition. Moved by your compassion, you decide to give a donation. The volunteer now proceeds to explain that millions of children are affected throughout Africa. How should you react to this? Maybe you decide to give more, may be you don’t. If it is the former, surely

The coronavirus pandemic is part of a twin-crisis that India is facing. While the official number of infected people is lower than that in the worst-affected countries, this should not be a reason for complacency. Concerns about testing raise the possibility that the actual number is much higher and that many cases have gone undetected. But even if the numbers are accurate, infectious diseases spread rapidly and the numbers may rise drastically. The Centre and state governments need to take measures so that India’s ailing healthcare system does not get overwhelmed. A range of measures are being experimented with: lockdowns, contact tracing and isolation of known cases, and social distancing.

But these measures do not come for free. They have already created an economic crisis. For the privileged, working from home is an option and their lives will not be impacted substantially by the economic crisis. But most Indians will not be as fortunate. Daily wage labourers are no longer being employed; domestic helps are having to choose between risk of transmission and the loss of livelihood; street vendors have no one to sell their goods to; employees in hotels and restaurants have no customers — the list goes on.

When measures against the health crisis make the economic crisis worse, it is important to judge whether the gains in one outweigh the losses in the other. This is where the identified victim effect becomes central. The victims of the coronavirus pandemic are salient to us. Their plight is vivid. Every single death related to the pandemic is being reported. But the victims of the economic crisis are invisible. We do not receive live updates about the number of people being dragged below the poverty line. We do not know when a person can no longer afford to buy essential medicines. But this does not mean that their suffering is not real.

Sometimes the identified victim effect reflects an ethical judgment. As an ethicist, I believe that there are situations in which we should give preference to an identified victim over a statistical one. For example, prioritizing the treatment of people for a medical condition at the expense of preventing a greater number of people from contracting the condition in the future can be justified. But not all forms of the identified victim effect are of this kind. We should not discount the costs of the economic crisis merely because they are not visible. We need to make an ethical judgment about whether the victims of the health crisis are more important than those of the economic crisis.

The Brihadaranyaka Upanishad recounts a conversation between Maitreyi and her husband, Yajnavalkya, in which Maitreyi questions the value of wealth. With no hope for immortality, Maitreyi asks, what is the purpose of wealth? Maitreyi’s sentiment is an early expression of the thought that money is secondary to health. Maitreyi is correct that wealth is not intrinsically valuable.

But wealth is useful in pursuing such ends as staying healthy. A decrease in tax revenue can put further pressure on India’s underfunded healthcare system. Comparing the death rates of Bangladesh (5.5 per thousand) and India (7.2), countries with similar demographic profiles and income levels, we can estimate an excess mortality of around 2.3 million people. A large part of these 2.3 million deaths will be owing to India lagging behind Bangladesh in terms of public health. In addition to the effects on public spending, the lack of income for the poor will lead to worse health outcomes on account of decreased private spending. Infants will become malnourished if labourers in the informal sector lose their income. Malnourishment would, in turn, lead to a shorter lifespan. All of this shows that economic effects have direct health outcomes.

There is another reason why we should not discount the effects of the economic crisis. The economic crisis will hit the poor and spare the privileged. Those with large savings, government jobs or other stable jobs will be able to weather the storm. The virus makes no distinction between rich and poor, but the economic measures do.

The coronavirus crisis is a severe and urgent threat. This means that action must be taken to slow its spread. If the virus spreads slowly, then our hospitals will be able to care for the infected. Some people will die, this is unavoidable now. But we can limit the extent of the suffering and loss. There are many means available to achieve this. Each of them will have economic repercussions. We should not forget these silent victims.

Governments must show leadership in balancing the twin-crisis. The best measure may not be the most popular one because it will protect victims whom we tend to forget. The United Kingdom pays 80 per cent of salaries for workers who cannot work anymore. The German government passed economic-support legislation equivalent to 12.8 lakh crore rupees. While governments in India have announced economic measures, these have been dwarfed by the commitments made by other nations. There is more that can and should be done for the silent victims of the coronavirus pandemic.