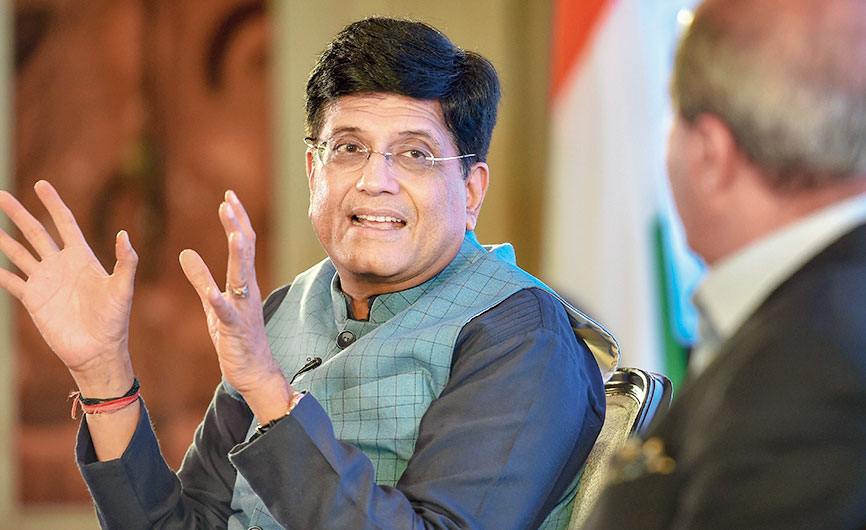 The Union minister of commerce and industry, Piyush Goyal, has announced cheerfully that such has been the focus of the government that not a single Indian citizen has been left wanting for food during the coronavirus pandemic. Perhaps it is time for Mr Goyal and the government to clean their fogged lenses. Two recent surveys conducted during April and May — the months coincided with the Covid-19 pandemic — have found worrying evidence of food-related shortages in India. The survey conducted by seven non-governmental organizations in collaboration with two research bodies across 47 districts in 12 states found, among other things, that one-third of the respondents had no surplus food left, an astonishing 50 per cent had reduced the number of meals while — this is another shocking statistic — 16 per cent had not received food under the public distribution system. Hunger, however, is not the only marker of their economic plight. A large number of families had been reduced to distress selling of possessions, 38 per cent had borrowed from money-lenders, children were being forced to drop out of schools after the lockdown, and two-thirds of households — this was confirmed by the second survey — had lost employment.

The scale of the crisis necessitates urgent mitigatory interventions. It remains to be seen whether the relief measures announced by the finance minister do the trick. If India’s performance in the battle against hunger is to be taken as a yardstick, the latest welfare initiatives would not inspire much confidence. Hunger has been a persistent — shameful — blot on a nation whose leaders talk of India turning into a five-trillion dollar economy. The country ranked 102 out of 117 nations in the Global Hunger Index last year. A combination of factors forces an estimated 19 crore Indians to go to bed on an empty stomach in a land that is, ironically, a food-surplus nation. They include poverty, deepening inequality, rising unemployment and agrarian stress aggravated by climate change as well as glaring leakages and corruption in India’s mammoth public distribution system. Policy, too, suffers from the myopia that appears to have clouded Mr Goyal’s vision. The National Food Security Act has been criticized for ignoring the stability of food supplies in a country vulnerable to extraneous shocks — the pandemic being one example. Food security must be aligned not only with such issues as production and quality but also people’s rights, diverse diets, environmental protection and political action. But these linkages remain invisible to a short-sighted leadership.