ICMR hasn’t effectively joined forces with other public institutions or the private sector; it needs to utilise resources available in the country to speed up India’s response 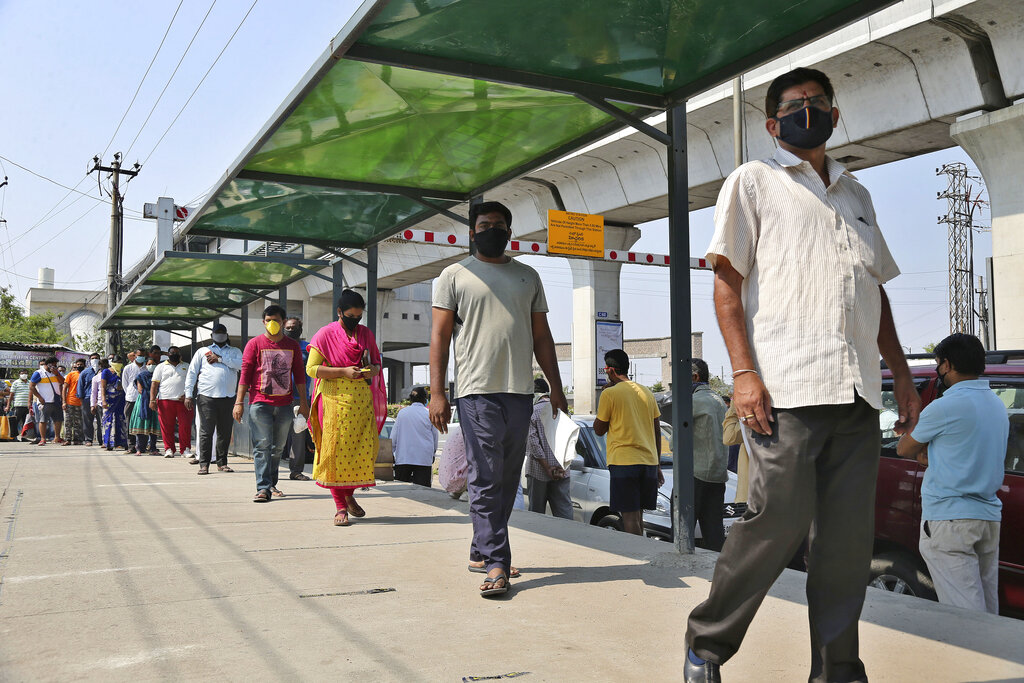 The 2011 movie Contagion is about a viral disease that spreads rapidly, the efforts of researchers, doctors and public health officials to contain it, the resulting social disorder, and the introduction of a vaccine to control it. But for the last point, the Covid-19 pandemic mirrors the script.

When I called him on a Sunday, Dr Atanu Basu was in his office at the National Institute of Virology (NIV) in Pune. Better looking than Dr Ian Sussman (played by actor Elliott Gould), the virologist who developed a cell culture for the virus in Contagion, Basu is an articulate, affable and competent virologist. He loves long bicycle rides, his dog and virus structures. Many like him, whose stories are often never told – scientists, technicians, students and support staff – are working 24x7 on the frontlines of India’s battle against the new virus.

This virus emerged in China’s Hubei Province in December 2019 and spread rapidly across the country. Initially called the 2019 novel Coronavirus (2019-nCoV), later renamed SARS-CoV-2, it has now spread to 180 countries with over 937,000 confirmed Covid-19 cases and over 47,000 deaths, with high mortality among the elderly and those with other chronic ailments. With China saying it has contained the virus, Europe and the US have emerged as the new hotspots and cases are mounting elsewhere too. On March 11 the World Health Organization declared Covid-19 a pandemic.

India’s first case was identified on January 30 and for over a month, only six cases were detected. But this began changing in early March as the number of cases increased steadily. As of April 2, some 1,834 cases and 58 deaths had been recorded in the country. Though the capacity to test was initially low in India, the number of tests has now been ramped up to around 12,000 tests a day.

As of April 1, a positive rate of around 4 per cent emerged from results of tests on around 45,000 people. For a population of 138 crore, this extrapolates to about 5.5 crore people. Since only high-risk people have been tested, let us generously reduce this figure 1,000-fold. This still leaves us with over 55,000 probable infections. Then, let us consider a basic reproduction number – known as R0 -- of 2 to 2.5 which means that one infected person infects more than two others. This tells us that cases are doubling every four-to-five days in the country. India announced a 21-day nationwide lockdown on March 24.

The power of science and partnerships is clearly evident in the global response to Covid-19. Within days, the viruses were isolated from patients and characterised, confirming that they were related to coronaviruses from bats. Within two months of getting the first viral sequence, a candidate vaccine from Moderna, a biotechnology company in Cambridge, Massachusetts, had gone into Phase 1 human trials in the US. Another vaccine, developed by CanSino Biologicals, has started Phase 1 trials in China.

Besides these, two candidate vaccines are in late pre-clinical development – an inactivated virus vaccine from the Chinese company SinoVac and an attenuated virus vaccine developed by US biotechnology company Codagenix in partnership with the Serum Institute of India, Pune. This speed is remarkable considering that it took 20 months for the SARS vaccine to reach this level of testing. Over 40 vaccines and numerous diagnostic tests are under development, and multiple clinical trials are under way to test the efficacy of existing drugs.

Noteworthy as well is that the global biomedical research community has openly shared results and experience in this crisis. Over 2,600 SARS-CoV-2 genomic sequences are now available in the GISAID (Global Initiative on Sharing All Influenza Data) repository. These are being modelled in real time, allowing scientists to watch virus evolution and movement across the globe (https://nextstrain.org/ncov). There are over 800 research papers and reports related to Covid-19 on medRxiv (pronounced Med Archive), an open-source medical-sharing platform. New knowledge on virus biology is also being shared on various open-access research platforms such as bioRxiv (over 240 entries), preprints.org and others. Similarly, information on drug trials are openly available on the websites of the US Federal Drug Administration and the Chinese Clinical Trials Registry. All this strengthens our fight against the pandemic.

India has sensibly focused on the available tools – testing, proper messaging, travel restrictions, social distancing and now the lockdown. Since R0 is a dynamic number, the effort is to bring it down to reduce the rate at which new cases appear. The numbers at any given time should not go beyond our capacity to treat patients in hospitals. The experience of other countries tells us that up to 20 per cent of cases require hospitalisation of which a fourth need critical care in an ICU with ventilators.

What could we be doing better? In one word – partnerships. There’s expertise within India for genome-sequencing, modelling, diagnostics, therapeutics and vaccines. The Indian Council of Medical Research (ICMR) has not effectively partnered other public institutions or the private sector. Not fully utilising resources available in the country, built largely with public funds, slows down our response. For example, the Nextstrain database has only two Indian sequences. This restricts our understanding of the origin and evolution of the virus circulating in India. There are likely to have been multiple introductions of the virus in India, but the lack of sequencing data does not allow us to track them.

Using the latest blood cell isolation and cloning methods, a few labs in India have the ability to quickly develop therapeutic antibodies to combat the virus, but they don’t have access to recovered patients. Now that NIV has successfully isolated SARS-CoV-2 from Indian patients, the structure of the virus must be obtained to get a high-resolution cryoelectron microscopy to aid in the development of therapeutics. This is a good time for India to reap the benefits of its generous investments in life sciences, with state-of-the-art facilities and competent researchers available at many institutions in the country.

Multi-sectorial and multi-institutional pooling of diverse scientific resources would more effectively reduce the time to develop interventions, both in outbreak situations and otherwise. Just as in understanding climate-disease correlations, mathematical modelling, the use of big data tools and artificial intelligence in epidemiology are also vital to understanding, forecasting and mitigating outbreaks. In addition, understanding the fundamentals of pathogen biology is key to developing drugs and vaccines. With such expertise already available in India, we should be inclusive, not exclusive.

In Contagion, vaccines were developed and distributed globally within weeks to end the outbreak. While this could happen only in a Hollywood production (in Bollywood, it might just take days), the global response to Covid-19 reassures us that reel-life fantasies may soon be possible in real life too. That’s the power of science which we should value, continue to support and harness in these times.

(The writer, a PhD, was Head, Virology Group at ICGEB, New Delhi. He is now CEO of the DBT/Wellcome Trust India Alliance, an independent public charity funding research in health and biomedical sciences in India. India Alliance is funded by the Indian government’s department of biotechnology and the UK’s Wellcome Trust)