'Pay full wages' directive is unethical, myopic and not feasible 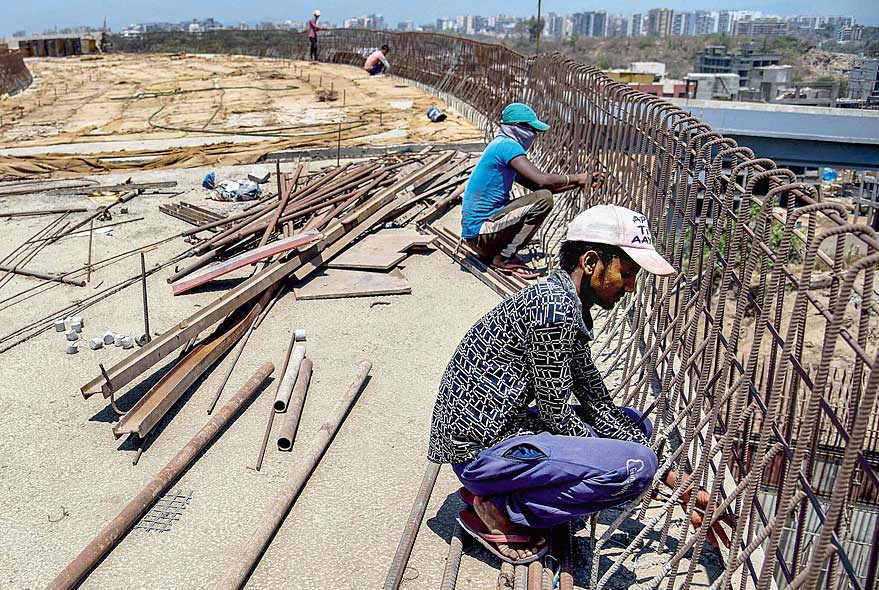 Work resumes on the National Highway amid the nationwide lockdown in Navi Mumbai.
PTI
The Editorial Board   |   Published 26.04.20, 10:03 PM

The Centre has given a directive to all employers to pay full wages to their workers for the period of the lockdown. According to experts, there is no legal foundation for this direction, not even in the National Disaster Management Act of 2005. Some business firms have been open during this period and have earned their sales revenue. They include those in the pharmaceutical business, healthcare products and food retailing. Other firms have been completely shut during the lockdown. Their sales revenues have fallen to zero. These firms continue to bear their fixed costs of keeping afloat, such as expenses incurred on rent, electricity, security and storage of goods. Asking these firms to make full payment to workers is not only infeasible but also unethical. It is infeasible because these firms may have to borrow to pay wages, leading to sharp increases in their debt. Companies that could have come out of this crisis without this additional debt would now be handicapped in their efforts to get back to normal operation after the lockdown is lifted. Other establishments would simply raise their hands and declare bankruptcy, or shut down altogether. These consequences would be a drag on the post-pandemic economic recovery, which is expected to be difficult and slow. The directive is unethical too because it treats all firms alike; the ones that made enough revenue and those that did not. It is like asking the rich and the poor to pay the same amount of tax.

This is not to suggest that workers do not deserve incomes to survive and keep their households running. The government has a huge social and moral responsibility to ensure that this condition is met. But it has been miserly in its announcement of financial relief so far when compared to most other nations. The relief package that has been announced includes numerous ongoing welfare schemes. The much-awaited second round of financial measures is yet to be announced. It would be easier for the government to deficit finance this wage bill for companies that did not earn their normal revenues. It would appear to be a heavy cost in the short run. However, the recovery would be stronger and as the economy climbs back to normalcy, the tax revenues from higher growth would help fill the government’s coffers. It seems that the government has not been able to see the pandemic’s full impact on the economy. This is just one instance of its myopia.